In 1857, Bishop Bernard Donald MacDonald asked the Sisters of the Congrégation de Notre Dame to open a school for girls in Charlottetown, Prince Edward Island. David Brennan, a generous benefactor of the parish, offered a piece of land and a house in which to hold classes and lodge the founding Sisters: Sister Sainte-Eulalie (Marie-Héloïse Bélanger), Superior, Sister Sainte-Pulchérie (Marguerite Begley), Sister Sainte-Félicité (Marie-Angèle-Marguerite Denis) and Sister Sainte-Claire (Catherine Erly). Brennan also bequeathed part of his fortune for the creation of scholarships. On October 12, 1857, 26 students attended the first day of school at Notre Dame Convent. In the following years, the convent was renovated to meet the needs of an ever-increasing number of students and boarders. In 1866, Sainte-Anne Residence, which included a student’s dormitory, was built near the convent. In 1870, thanks to the generosity and dedication of the people, a new convent was built at 246 Sydney Street. Forty years later, a new wing, which incorporated Sainte-Anne Residence, was built, on Weymouth Street. Notre Dame Convent now included a spacious chapel, a large dormitory, a recreation and reception hall and a modern laundry room. The dormitory also received boarders from Prince of Wales College, where a number of students were pursuing higher education. A former student distinguished herself after her studies at Notre Dame Convent. Indeed, Catherine Hughes became, at the beginning of the 20th century, a well-known teacher, journalist, author, civil servant and militant for the cause of the Irish.

In addition to offering academic instruction, the Sisters also taught piano, singing, arts and crafts, domestic science, crochet, pottery and sewing. On February 22, 1927, a fire began in the convent’s laundry room, but the Sisters were able to quickly and successfully extinguish it. On October 12, 1927, the 70th anniversary of the convent’s foundation was celebrated. Seven classes were comprised of 65 boarders and 209 day students who attended the boarding school. Also, the Sisters gave business classes to eighteen students. In 1955, new classrooms, science and home economics laboratories as well as a new auditorium, which also served as a gymnasium, were built. During the mid-1960’s, many classes were closed and in 1971 the convent no longer served as a school. The Sisters continued to teach at Birchwood Junior High School; several taught or studied at the University of Prince Edward Island (UPEI) while others worked in the parish. In 1979, part of the convent was sold to the Knights of Columbus. Notre Dame Convent’s 150th anniversary was celebrated in 2007 with numerous events and activities. The convent on Sydney Street is still a residence for the Sisters who work in different ministries throughout Prince Edward Island. 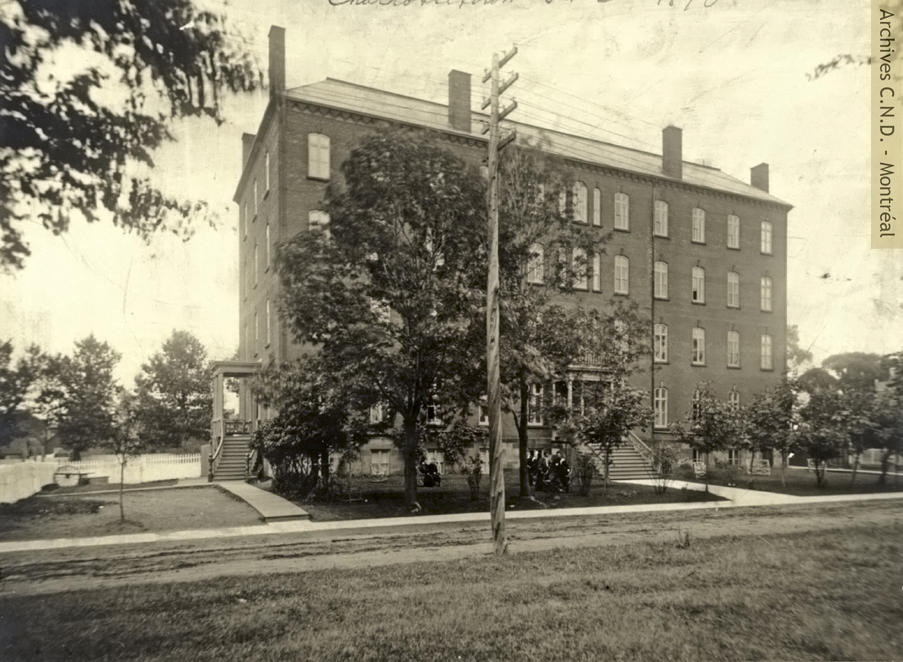