Almost two centuries ago, in 1825, Berthier Convent was established, under the leadership of the parish priest of Sainte-Geneviève de Berthier, Father Louis Lamothe. With the support of Bishop Plessis of Quebec, the building was constructed on a piece of land which belonged to him. The two men of the Church shared the same vision for the convent: that it be under the direction of sisters. Once convinced, the General Council of the Congrégation de Notre-Dame sent two sisters, Sister Saint-Henri (Marie-Madeleine Racine) and Sister Saint-Claude (Marie-Émilie Sédilot dit Montreuil). On October 21, 1825, they arrived by steamboat and one month later, classes began. Girls of the area flocked to the convent-school in orderto receive elementary level education. They were privileged to be able to learn subjects that were not taught in other rural areas. For instance, a piano was installed in the convent-school; few were the boarding schools to be so fortunate at that time. It was very important to Father Lamothe that English be taught in Berthier. Hence, in 1830, an English-speaking sister, Sister Saint-Patrice (Sarah Connolly) was sent there. At that time, English was taught only in the cities. Berthier was also the place where geography was taught for the first time. Gradually over time, high school level education was added to the elementary level which had been offered from the beginning. To the regular program were added: business courses, domestic science, additional specialized courses in food preparation, sewing and physical education. Over the years, like the school curriculum, the convent-school underwent several changes. In 1874, it became urgent to enlarge and renovate the institution. In 1903, because the convent-school was threatened with ruin, it was rebuilt in 1906. Later, two new buildings appeared: the first, in 1908, included the chapel wing and boarding school; the other, from 1923, housed the parish school known as Sainte-Geneviève. This school, administered by the School Commission, provided education from grade 1 to grade 7. The actual boarding school provided education up to grade 11. Regarding religious associations, the students were encouraged to join various groups: Enfants de Marie, Anges gardiens, and Enfant Jésus. On May 26, 1929, former students were very pleased when Notre-Dame-du-Bocage Alumnae Association was established.

Two particular events marked the history of Berthier Convent-School. In 1834, two sisters died suddenly from cholera. No cases of contagion were reported but the deaths left the students of the convent-school and the Congrégation de Notre-Dame sisters very shaken. The second event was more joyful. In May 1924, Lord Byng de Vimy, the Governor General of Canada, visited the convent-school in Berthier, an honour for the village at that time. During the 20th century, the convent-school had some prosperous years. From 1963, admission was not limited to girls; boys were also accepted at the convent-school in grades 10 and 11. In June 1970, even though the institution closed, the Congrégation de Notre-Dame sisters remained in Berthier. They rented a house. The convent-school was sold to Sainte-Geneviève de Berthierville Parish Council, the owner of the land on which it was built. In February 1970, the decision was made to demolish it and to send the furnishings to the new mission in Dorval. A number of sisters continued to teach at the Pierre-de-Lestage Comprehensive High-School. In June 1974, the last of the Congrégation de Notre-Dame sisters left Berthier permanently. 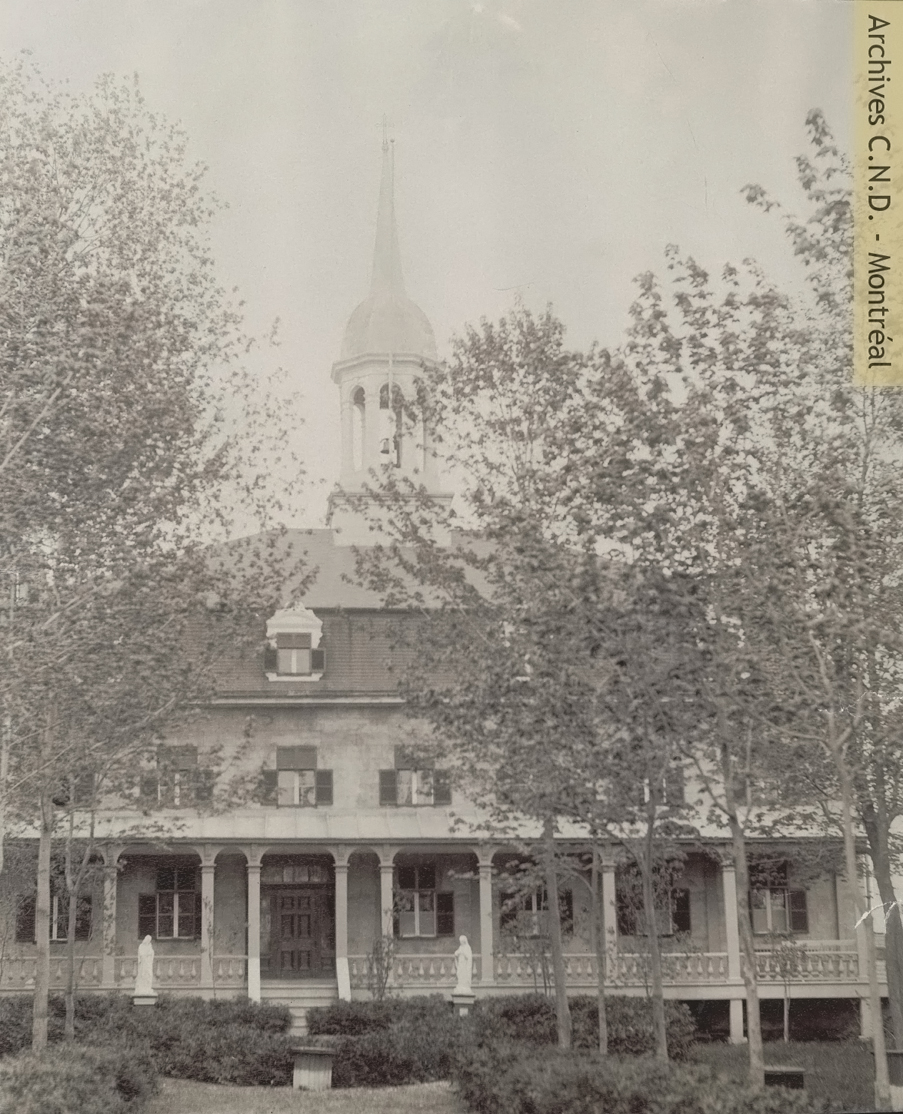