Transfer of a Sister in the context of the itinerant missions 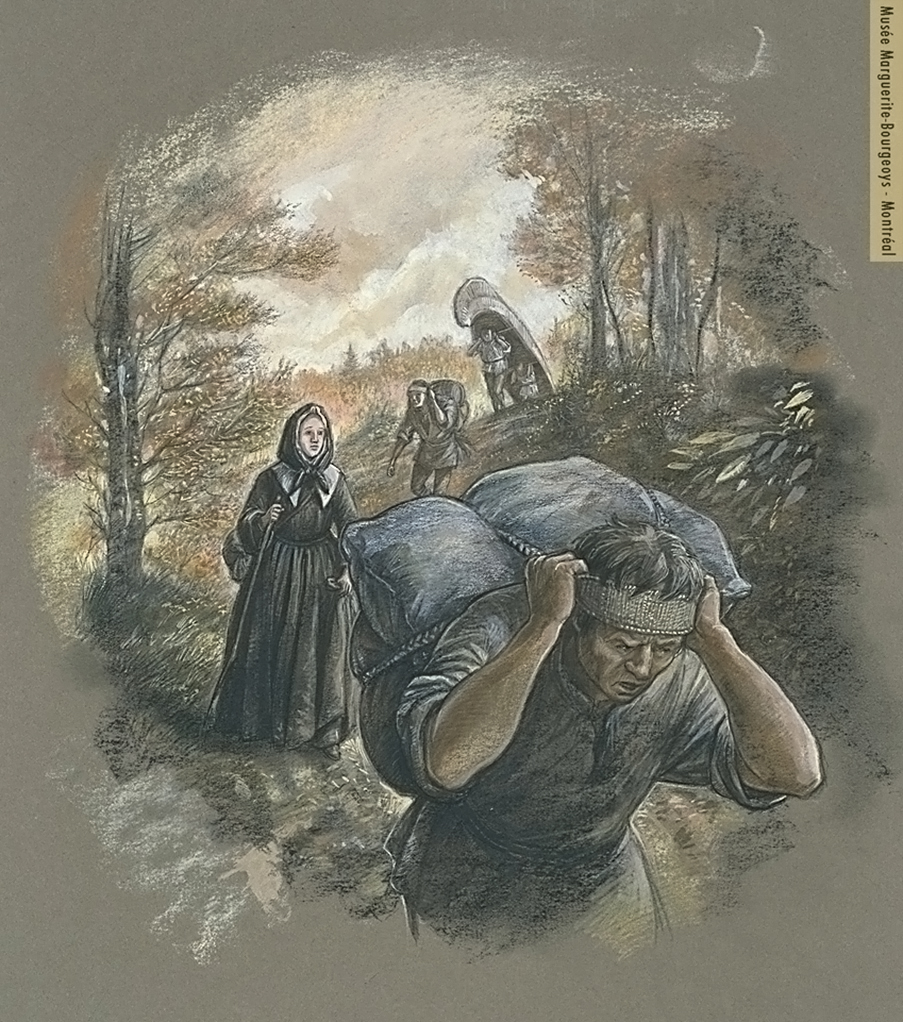 In 1669, Bishop Laval named Marguerite Bourgeoys and her three companions teachers of the entire colony, even though the group was still not recognized by the Church authorities. Marie Raisin was the first to depart on a journeying mission and was later followed by the other Sisters. They travelled on horseback, by canoe, or on foot in order to provide religious and basic instruction to the children of the settlers scattered throughout the territory of New France. Indeed, Marguerite Bourgeoyss desire was to create a congregation that would imitate the journeying life of the Virgin Mary who travelled to see her cousin Elizabeth. At that time, a woman travelling alone required composure and courage.