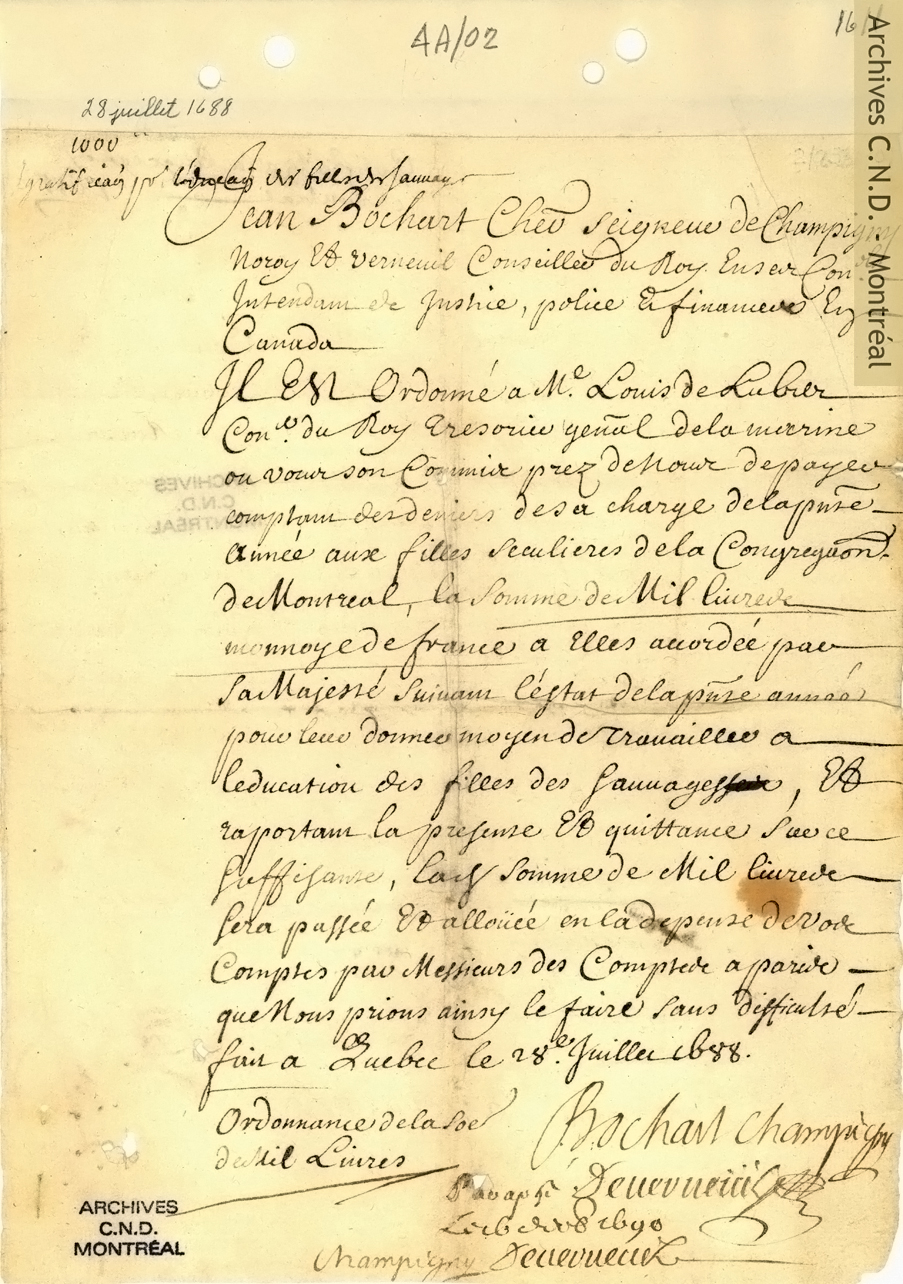 This document by Intendent Jean Bochart de Champigny authorized the representative of Louis de Lubert, Treasurer General of the Navy, to pay one thousand pounds to the Sisters of the Congregation to teach the daughters of the savages. France financially sustained the religious communities who provided European education to young Amerindians. This method of assimilation failed. Rather, it was the fur trade that allowed some miscegenation. Indeed, it was during these commercial exchanges that certain settlers became familiar with Native languages and adopted certain Native ways of life.