Together, the Saint Willibrord Thomas More Parent Teacher Association and the Verdun Catholic School Board requested that the Provincial Government build a new school to replace Saint-Willibrord School, which had become too small to accommodate all its students. Verdun Catholic High School was constructed on land which belonged to the School Board on Champlain Boulevard in Verdun. The architect was the Montrealer Joseph-Armand Dutrisac, who realized several buildings in Verdun with the architect Siméon Brais. The school opened its doors in September 1961. The Sisters of the Congrégation de Notre-Dame who were teaching at Saint-Willibrord were given the mandate to provide education to the girls in the new school. The Superior, Sister Saint Mary Teresa of the Angels (Sarah MacNeil) and her associate, Sister Saint Mary Frances (Catherine Mullins), settled in with eight other Sisters. Rather than buy the school and the land, the Congregation paid rent to the School Board so that the Sisters could live in the building.

When it opened, three hundred and seventy-two young women were registered. Until 1966, the education of the students was under the direction of the Principal who was a Sister. In 1968, a decision was made to have both boys and girls together under the administration of one Director, assisted by a Sister. In 1973, the school went through considerable renovations with the addition of a gymnasium, a pool and a new cafeteria. In 1991, only eight Sisters remained to occupy an eighteen-room residence. The Congrégation de Notre-Dame therefore ended its mission at Verdun Catholic High School on July 31. A house, named Our Lady of Peace Residence, was bought at 1035 Moffat Avenue so that four Sisters could continue to work in the parish. It closed in July 1999. 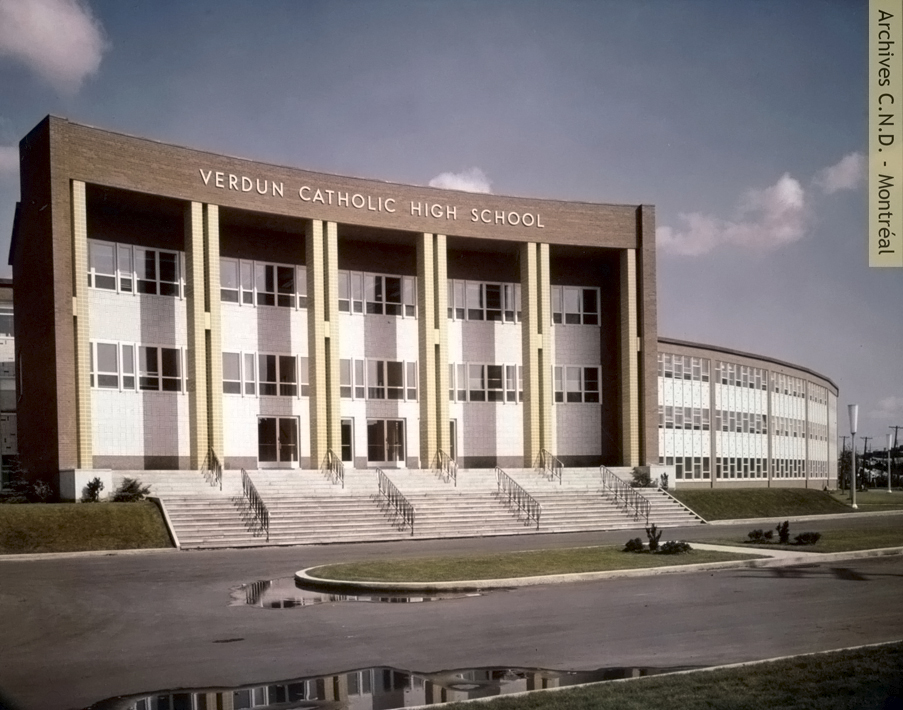