Collège Villa Maria’s history is closely connected to the land where it stands. Located in Montreal’s Notre-Dame-de-Grâce area, the school grounds first belonged to the Décarie family (1693-1780). In 1795, James Monk, Chief Justice of Lower Canada, purchased this property as well as a piece of land which extended from Côte Saint-Antoine to Côte-des-Neiges. In 1803, Monk began building the central part of what would become Villa Maria; this stone residence named “Monk House” stood on the property known as “Monklands”.

In May 1854, urged by Montreal citizens to offer bilingual education for girls, the sisters of the Congrégation de Notre-Dame acquired the Monklands estate to establish a boarding school known as Villa Maria. On September 12 of the same year, the sisters received seventeen boarders; by September 25, the number of enrolled students had already reached forty-five. After only one year in the residence, the Congrégation de Notre-Dame was already considering building a new addition. Expansion work was carried out from 1855 to 1856. A west wing named Notre-Dame-de-Lourdes was added to the original structure.

By 1868, it was evident that a new wing was needed to accommodate an ever-increasing number of boarders. The construction of the Notre-Dame-des-Anges wing was completed in 1870. Over the years, three other additions were built to receive the numerous students.

With the expansion projects, constant changes in the academic curriculum were also taking place. In the late 19th century, programs comprised namely religious studies, sciences and geography. In 1917, Villa Maria’s classical secondary level program became affiliated with the Faculty of Arts of Université de Montréal. From then on, a Villa Maria student who successfully completed the classical curriculum was able to continue her studies in a university of her choice. At the beginning of the Second World War, Villa Maria numbered one hundred twenty-three boarders and almost as many day students.

In 1960, the Quebec Department of Public Instruction officially recognized Villa Maria Boarding School as a classical secondary level institution. It took the name École secondaire classique Villa Maria. In 1966, the boarding facility was permanently closed. In November 1982, the school abridged its name to Villa Maria, the name it still bears today. Monk House was declared a historic monument by the Government of Canada in 1951 and by the Government of Quebec in January 1976.

During the 1960s and 1970s – as was the case for most religious communities working in education – the Congrégation de Notre-Dame faced new requirements from the Provincial Government in view of the Royal Commission on Education in Quebec (Parent Commission).

Over decades marked by economic, political and social changes, the school’s administration had to adapt its management and its educational services in order to fulfill the requirements of the Ministry and the expectations of the ever-increasing clientele. During the 1980s and 1990s, the following projects were undertaken: the construction of a gymnasium, the development of an information technologies facility, and the establishment of the Villa Maria Foundation for the continuation of the school’s programs and activities. At this time, a shift resulting in more lay teachers and administrators took place.

Villa Maria still offers a French and English secondary school level curriculum. Early in this 21st century, the institution numbers over one thousand students. A new pavilion completed in 2007 houses a multimedia centre, laboratories, a library and a multisport centre. Complemented by various extracurricular activities and social initiatives, Villa Maria’s academic curriculum strongly promotes self confidence, self discipline, respect for others and social engagement. 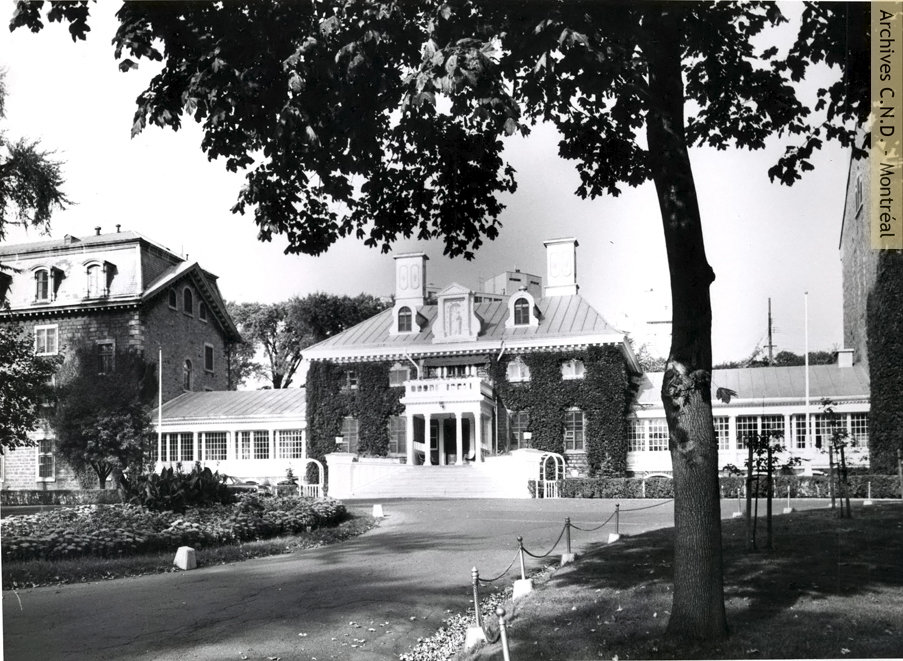 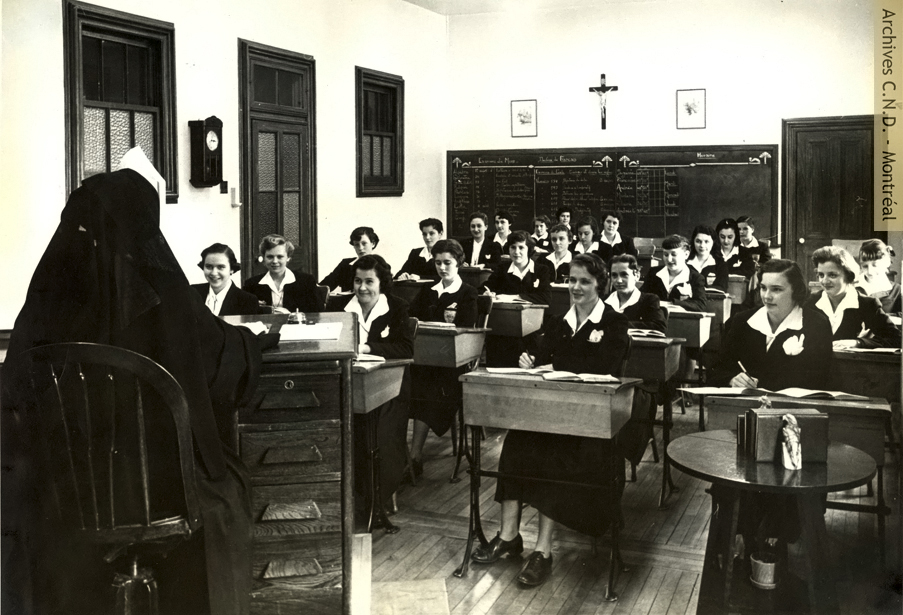 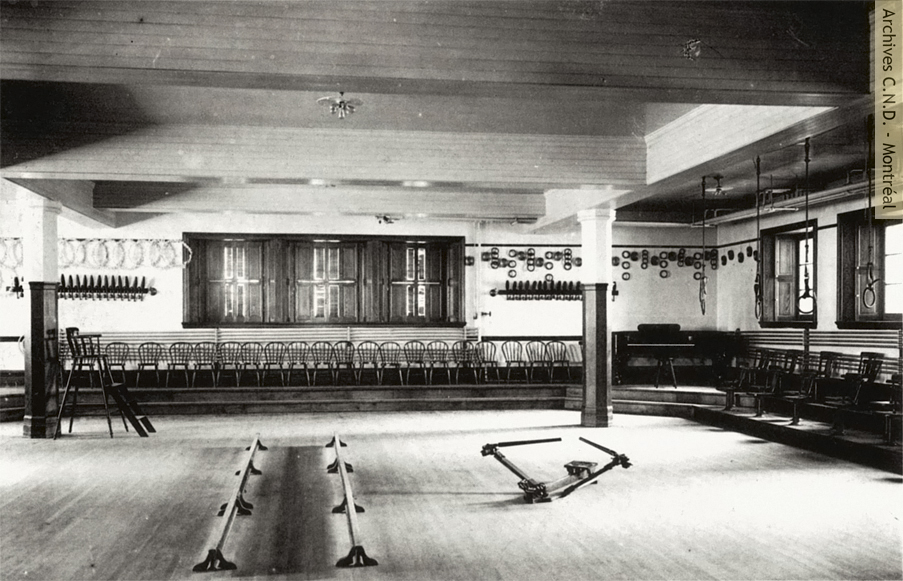 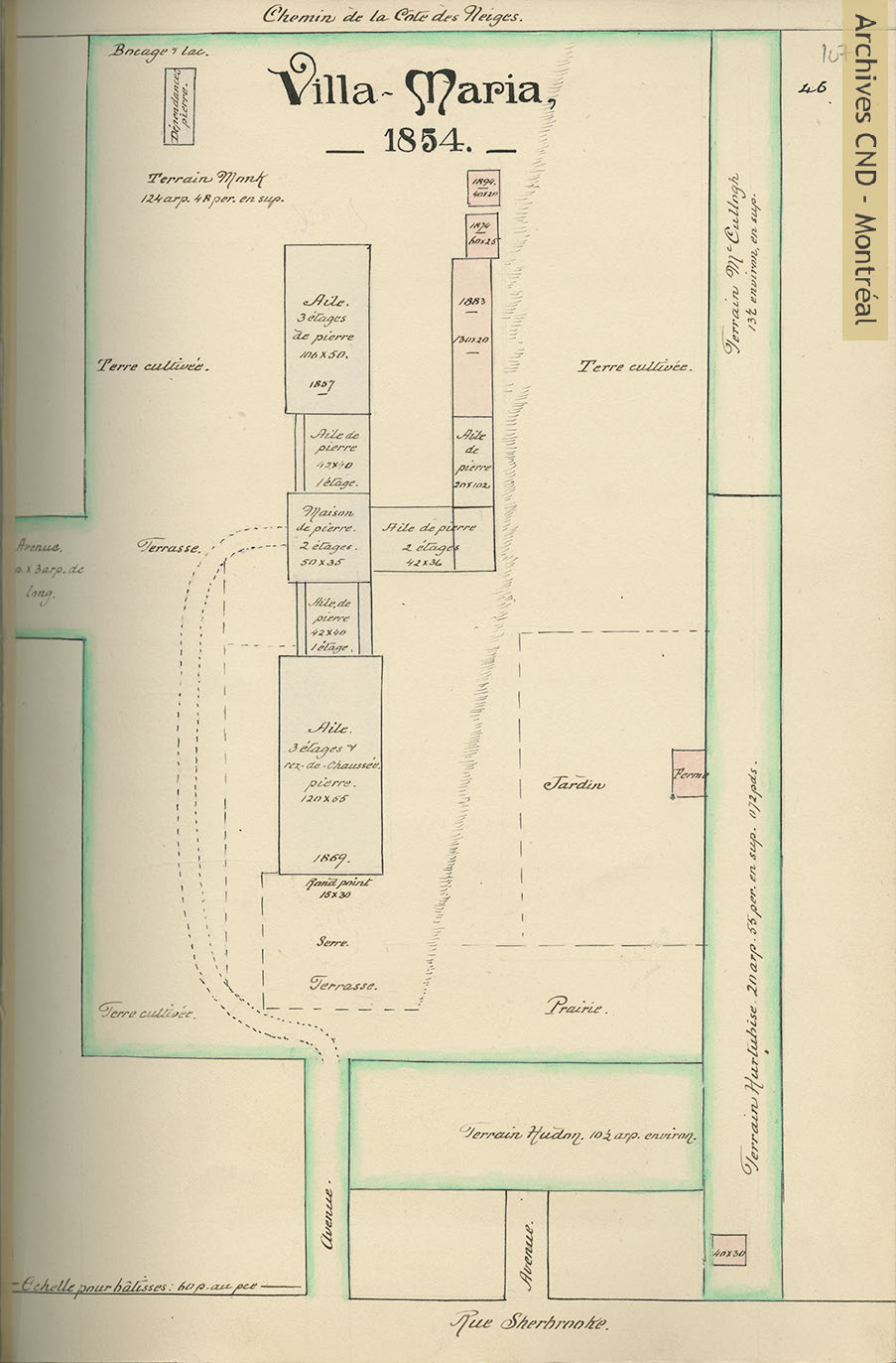 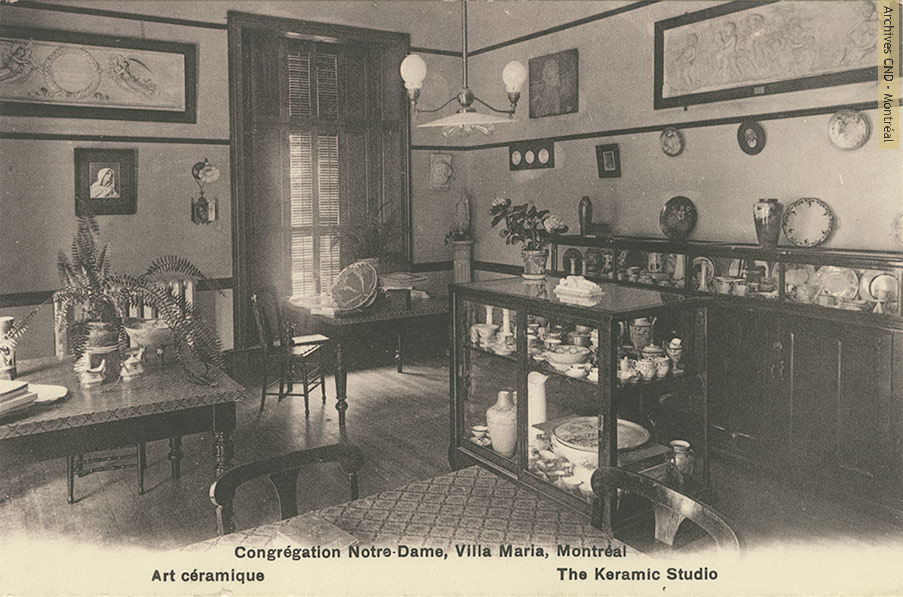 Plot plan of the Sisters of the Congregation, Montreal, Quebec, [between 1868 and 1903]. Archives Congrégation de Notre-Dame - Montréal.