mmediately after Father Isaac McCarthy’s nomination to the parish in Brockville, Ontario in 1875, he approached the Sisters of the Congrégation de Notre-Dame and asked if they could teach the young girls. At that time, it was unfortunately not possible for them. However, when their convent in Stanstead burnt down in 1876, the Sisters reconsidered Father McCarthy’s request and in July 1878, three Sisters were sent there to teach. Sister Saint-Aldégonde, Superior (Mary Sarah Murphy) and Sisters Saint-Augustin (Marie-Louise Giguère) and Marie-Madeleine (Ann Eliza Healy) arrived in Brockville at the end of August. As the school was being renovated, Notre Dame Convent opened on September 2 in the church, where the boys were received on one side and the girls on the other. Two weeks later, both teachers and students entered the school. The biggest problem for the Sisters was lodging. Indeed, they moved four times in the first three years. After teaching a few months, they began preparing the students for a fund raising concert to be presented to parents and members of the community. The proceeds were to fund the purchase of a piano. The population was delighted with what the Sisters were able to achieve. In 1889, the new parish priest, Father Charles Hugues Gauthier, began the construction of a new church, school and residence for the Sisters. In addition to teaching academic subjects, the Sisters also taught piano, singing and other art forms to students from Grade 1 to Grade 8. Dominion College of Music invited the students from Notre Dame Convent to audition and many pursued their studies at the college. In 1931, there were 156 girls and 152 boys at Notre Dame Convent; the number of Sisters would soon increase to ten. In 1946, the Sisters established the Oeuvre des tabernacles and the Société des Enfants de Marie. They also set up the P.T.A (Parent Teacher Association), a very active group within the parish. In 1947, at the people’s request, the Sisters began teaching co-ed classes.

In 1953, the Sisters taught in another school, Saint Francis Xavier School, which numbered over three hundred students. At Father O’Neil’s request the Sisters taught catechism to Brockville High School students from Grade 9 to Grade 11. The 1954 school year began with the inauguration of a new school, Saint Mary School, which was established to receive some of the students of the other school as well as the students of Notre Dame Convent. In 1960, a wing was added. Over four hundred students were registered from Kindergarten to Grade 10. The Sisters added Home Economics, Industrial Arts and French to their programme. The students in the choir sang regularly at the nursing home as well as at Saint-Vincent-de-Paul Hospital. At the end of the 1967 school year, Saint Francis Xavier School was demolished and in November of the same year, a new school was opened. The students participated in numerous social programmes and were awarded many prizes for their talents in various competitions. During the summer, the Sisters taught the Amerindians in the reserves and during the school year they taught adult programmes at the Saint Francis School. In the 1970s, their numbers decreased in the schools. In 1977, they moved to the House of Jesse, at 87 Jessie Street. In 1979, the parish celebrated the one hundredth anniversary of the arrival of the Sisters of the Congrégation de Notre-Dame. In 1998, the ministry in Brockville ended. 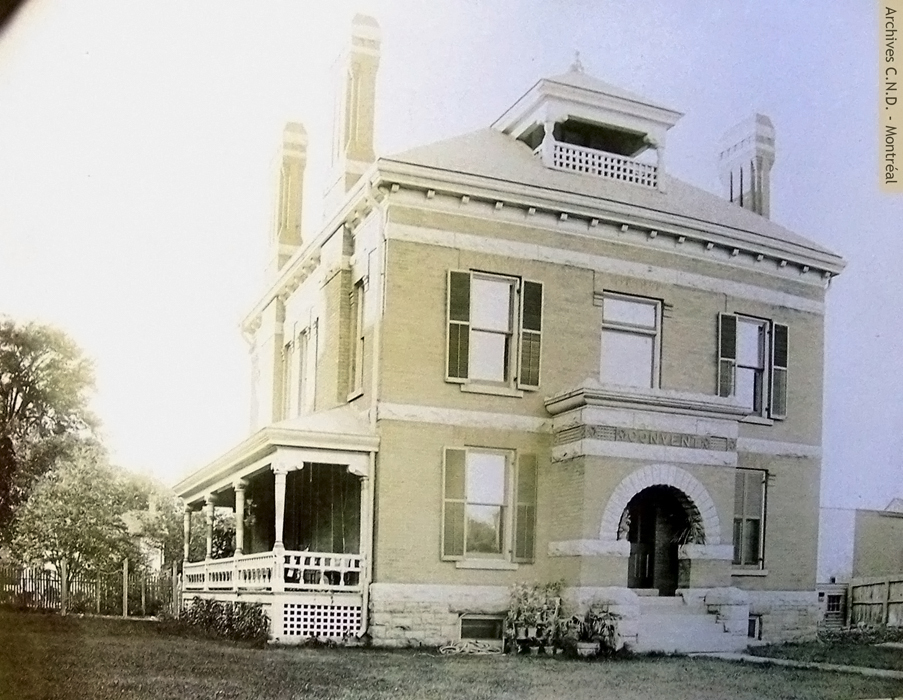