During the 1860’s, a large number of French-Canadians arrived in Chicago. These new immigrants established themselves in the city’s west end near a parish which had been founded in 1864 and had been pastored for 20 years by Father Jacques Côté. At the third request of the parish priest, the Sisters of the Congrégation de Notre-Dame arrived in 1882 to establish a school. Sisters Sainte-Émérentienne (Félicité Blais) and Saint-Jean-de-Matha (Marie-Julie Leblanc) founded the mission. On September 11, 1882, Notre Dame School, located in the sub-basement of the parish church, received its first students. The Sisters lived on South Sangamon Street. Some months later, the Mother House sent two more Sisters to Chicago, one of them to teach music. In May, the Sisters moved to Congress Street, very close to the parish church. The following year, the parish priest bought some land in the Vernon Park section of Chicago, and started the construction of a convent, a church and a presbytery. Father Achille L. Bergeron succeeded Father Jacques Côté as pastor and completed the building of the convent, which opened its doors to three hundred students in 1885. As for the new church, it was completed in 1892, the same year that a new floor was added to the convent.

Around 1900, a second wave of immigration, this time from Italy, arrived in Chicago and settled in Notre Dame de Chicago Parish. The Italian population surpassed that of the French-Canadians, who progressively left the parish. At that point, the Pères du Saint-Sacrement became the administrators of the convent and a few Sisters of the Congregation remained. The population of the school numbered over 350 students. The majority were of Italian origin but there was still a strong French-Canadian presence. The school also received students of Irish, Polish, Spanish, Russian and Slovak origins. In 1950, Notre Dame de Chicago Church was selected to be the meeting place for all celebrations organized for the beatification of Marguerite Bourgeoys. Over six hundred parishioners and former students of the school participated in the celebrations. 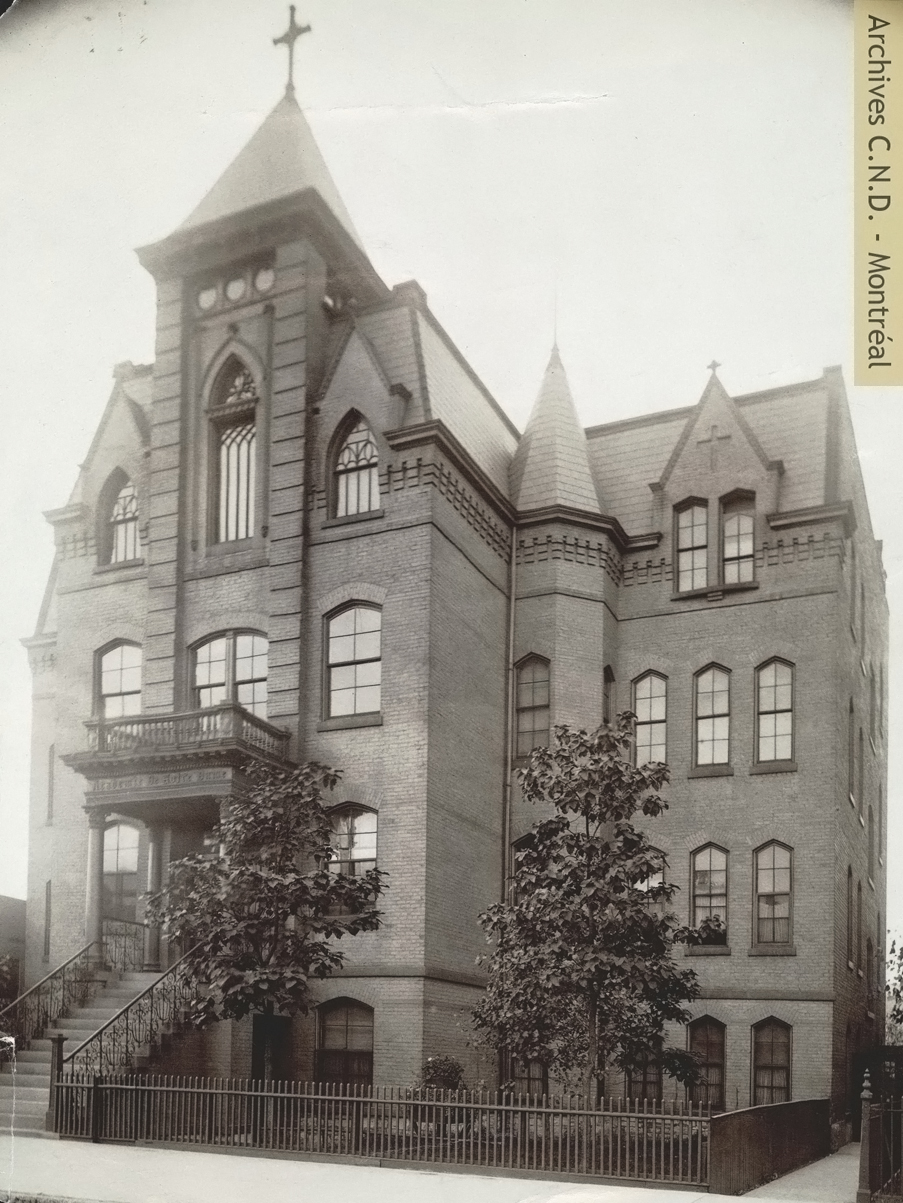 Dernière adresse : At the intersection of Harrison Street and South Halsted Street