The arrival of the sisters of the Congrégation de Notre-Dame in the town of Coppell had a large impact on Northern Ontario’s educational milieu. Indeed, in the summer of 1951, Father Jules Victor Pelchat, pastor of the neighbouring town of Jogues, approached Sister Sainte-Antoinette-Marie and asked if some of the sisters in Coppell could commute to Saints-Martyrs-Canadiens School. He also met with the Congregation’s Superior General to discuss this matter. However, the increasing number of students at Coppell’s Bienheureuse-Marguerite-Bourgeoys School did not permit the sisters to travel from one school to another. It was not until August 1955 that the community found the necessary resources to be able to agree to the pastor’s repeated requests. Sister Sainte-Pauline-Thérèse (Pauline Asselin), Director, and her companion, Sister Sainte-Rose-Marie-des-Anges (Marie-Desanges Samson) were sent to Saints-Martyrs-Canadiens School in Jogues, where, with two lay teachers, they taught one hundred thirty-seven pupils from Grade 1 to Grade 8. They, however, were obliged to travel by school transportation between the convent in Coppell and the school in Jogues even in the winter when roads were not always clear. In April 1957, the General Council of the Congregation agreed to establish a mission in Jogues. The former presbytery of the town was transformed into a convent where five sisters moved in. Among them was Sister Sainte-Germaine-du-Saint-Sacrement (Germaine Cantin) who was named Superior of Saints-Martyrs-Canadiens School. From the beginning, the students distinguished themselves at several regional contests. In 1960, the Ontario Catholic Separate School Board awarded the school first place for the teaching of French and English.

However, the region was undergoing structural changes. For example, in January 1968 the school was annexed to the Jogues School Board and in the fall of 1969, Grade 7 and Grade 8 students were transferred to the Hearst regional school. Also, on February 3, 1970, a notice issued by the School Council advised that, in order to increase the number of qualified teachers at the Hearst regional school, some of the sisters from Jogues would be transferred there. The Congregation immediately rejected the project. It was believed that, if this were to go through, there would not be enough new teachers at Saints-Martyrs-Canadiens School to ensure its proper functioning. In addition to providing education to the children, the sisters actively participated in the social and religious life of the parish. For instance, in 1983, they established a senior citizens’ club. Nevertheless, on January 30, 1984, because of the decline in student population (less than 50 students at that time), it was announced that Saints-Martyrs-Canadiens School would close. Even though the parents reacted strongly to this news and demonstrated in front of the regional offices of the Ontario minister of education, the decision remained irrevocable. The parishioners of Jogues used this occasion to organize a reunion of all former teachers and students of Bienheureuse-Marguerite-Bourgeoys School in Coppell and Saints-Martyrs-Canadiens School in Jogues. The event took place on June 30, 1984 and welcomed some three hundred people. After the school was closed, three sisters continued to reside in the convent in Jogues; by 1988, only two remained. As the community did not have enough members to perform all the work that was assigned to them, the Congregation was obliged to withdraw the sisters. On August 4, 1988, the sisters left Jogues and the convent was sold on November 30 of that year to two parishioners. 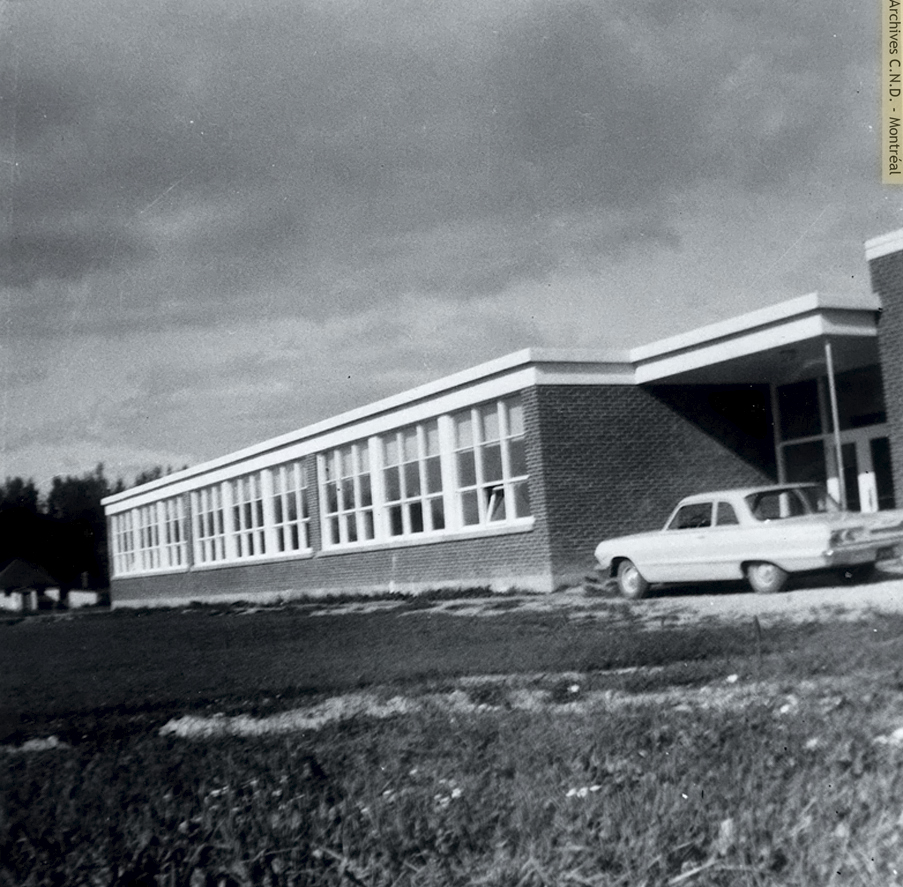