In 1903, Father Stanislas Charrier, pastor of Saint-Jacques Parish in Montréal, opened a school for young girls. The Congrégation de Notre-Dame accepted the teaching mission and Sister Sainte-Marie-de-l'Incarnation (Marie-Anne-Clorinthe Rocheleau) was named Superior of Saint-Stanislas School. She was accompanied by Sister Saint-Aristide (Marie-Louise-Joséphine Camirand) and two novices. The school opened on September 3, 1903 in a rented building on Sainte-Catherine Street with one hundred twenty students in three classrooms. Due to lack of space, young girls were not admitted. In effect, the building was small and presented health and cleanliness concerns. The Congregation looked for another location for the school. A building situated on Sanguinet Street, on the corner of Ontario Street, was bought and the school moved on December 15 of that same year. From January 1904, the institution was funded by the Montreal Catholic School Commission. During the summer, the building was enlarged and renovated. Three rooms from the older section served as the sisters’ residence and three rooms were rented. The new three-storey extension was able to house six classrooms. In 1905, two new classes were opened: one in the school itself and the other in another location. About ten years later, the community was advised that part of the building was unsound. The school commission built a school on a new site on Saint-André Street. With a student population of 475 students, the institution, which was named Marguerite-Lemoyne School, opened its doors in 1917. From January 1919, Home Economics was offered. In 1923, the commission equipped the school with a physics lab. The Alumnae Association was established in 1929. In 1952, by decree from the Archbishop, the school became associated with Sainte-Catherine-d'Alexandrie Parish. The sisters’ residence was closed in 1968. The school continued its activities under the name Garneau-Annexe and under the direction of lay personnel. 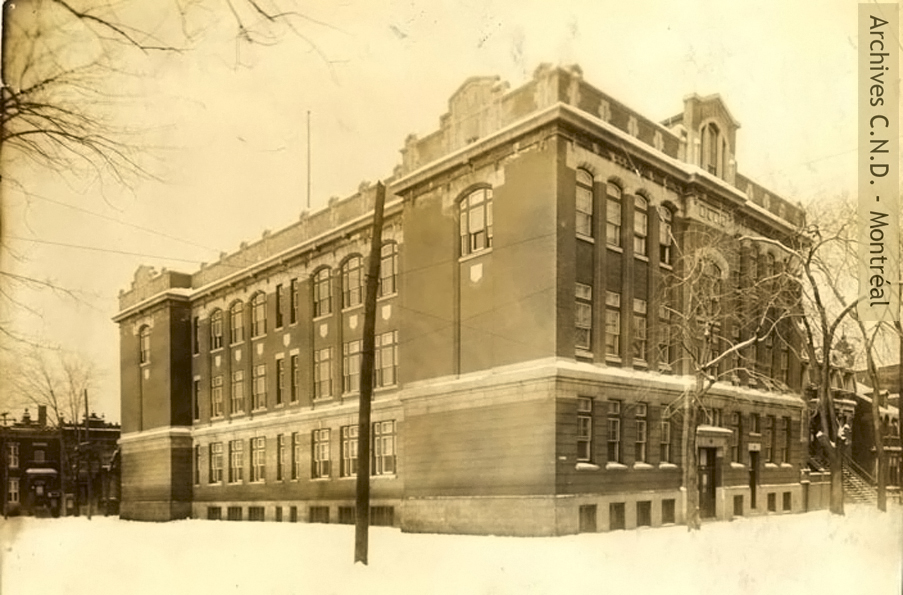 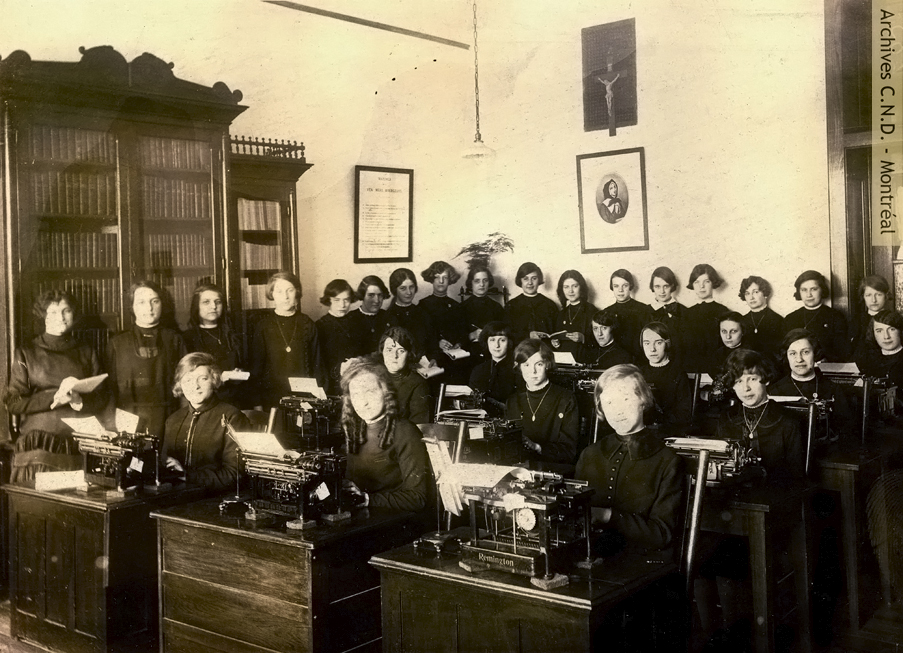 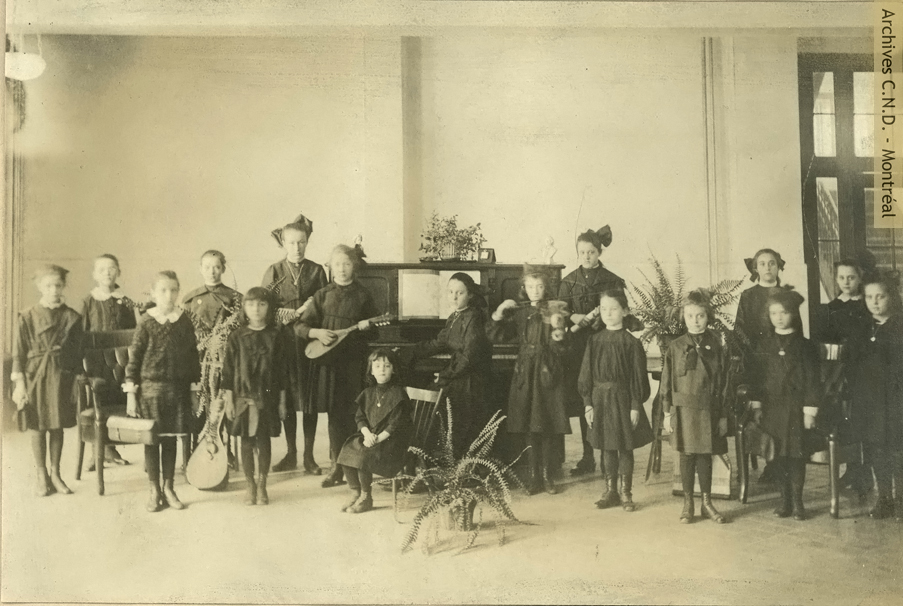 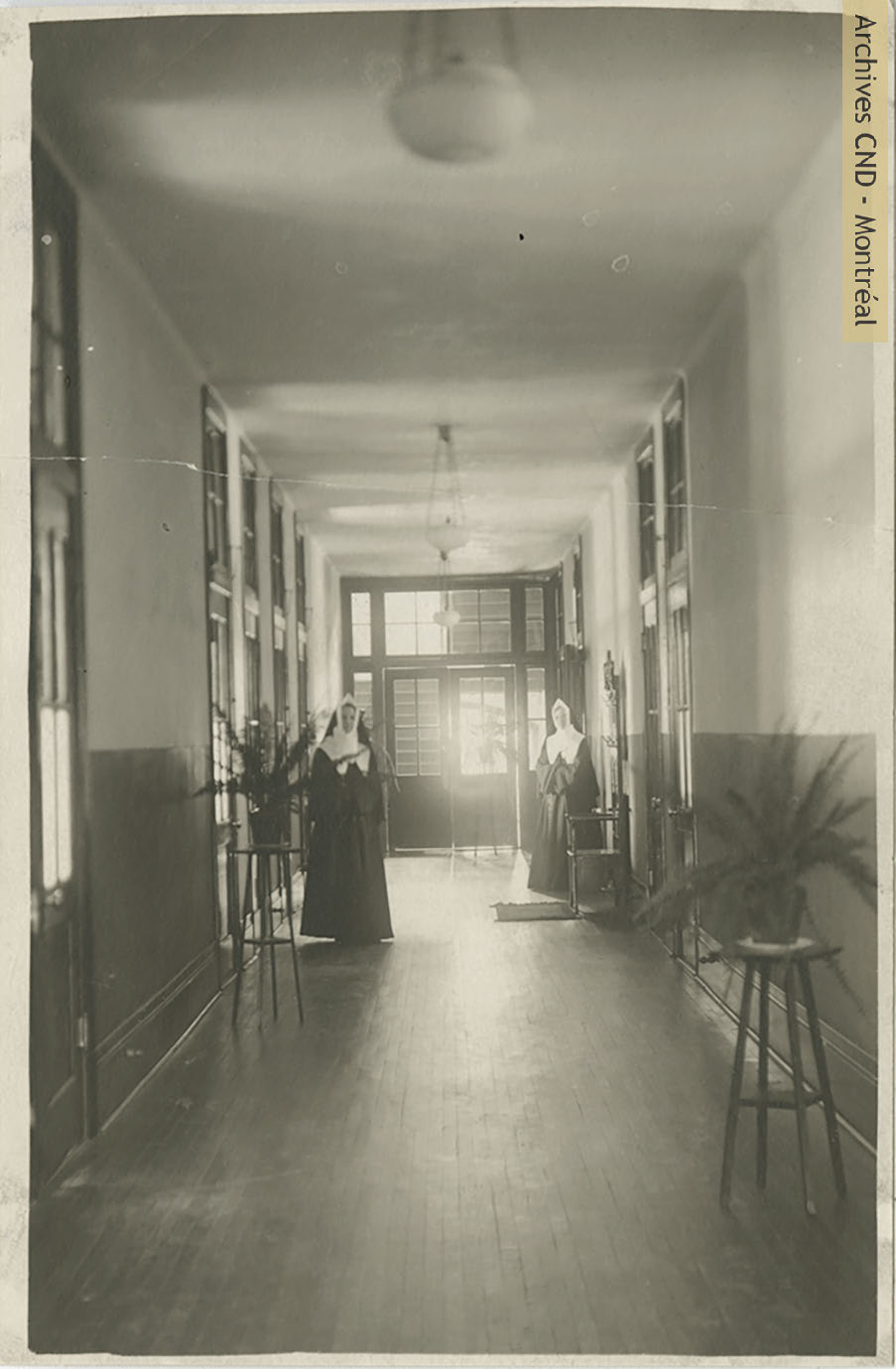 Corridor at académie Marguerite-Lemoyne, Montreal, Quebec, [between 1926 and 1940].