n 1946, Saint-Jean-Baptiste Parish was established in Joliette. Three years later, Saint-Jean-Baptiste School on Salaberry Street was inaugurated. This brick building was built in less than one year. It had eight classrooms on two floors and a third floor where the sisters lived. In 1951, the Joliette School Commission asked the Congrégation de Notre-Dame to take on the direction of the school. Sister Saint-André-de-Ville-Marie (Simone Boucher) became director and was accompanied by Sister Sainte-Louise-Isabelle (Louisette Michaud), Sister Saint-Louis-Gabriel (Marie-Thérèse Lachance) and by a number of lay teachers. At the beginning of the 1950s, physical education was added to the curriculum. From then on, many gymnastics demonstrations were performed during events and celebrations. The sisters taught from Grade 1 to Grade 9. In 1952, there were one hundred fifty-three registered students, of whom some thirty travelled by bus from Base-de-Roc area. When a piano, and later, a sewing machine were added to the school, music and sewing were placed high in the school curriculum. Jeunesse étudiante catholique (J.E.C.) was very active and often organized events and trips.

At the beginning of 1956, the sisters moved into their new residence built by the School Commission. In 1957, there were two hundred one students. That same year, an obstruction in the sewer system caused a flood in the large halls. In April 1958, Société Saint-Jean-Baptiste organized a Quebec-wide contest on Canadian history. The Grade 8 and Grade 9 students took part and advanced until the semi-finals. That same year, two students won the regional sewing contest organized by the Singer Sewing Circle. In the 1960s the Parents-Teachers Association was established. In 1970, the school passed under the authority of the School Commission and took the name Joseph-Arthur-Papineau School, in honor of the Bishop of the Diocese of Joliette. Some sisters continued to teach in the school while others were given new ministries. 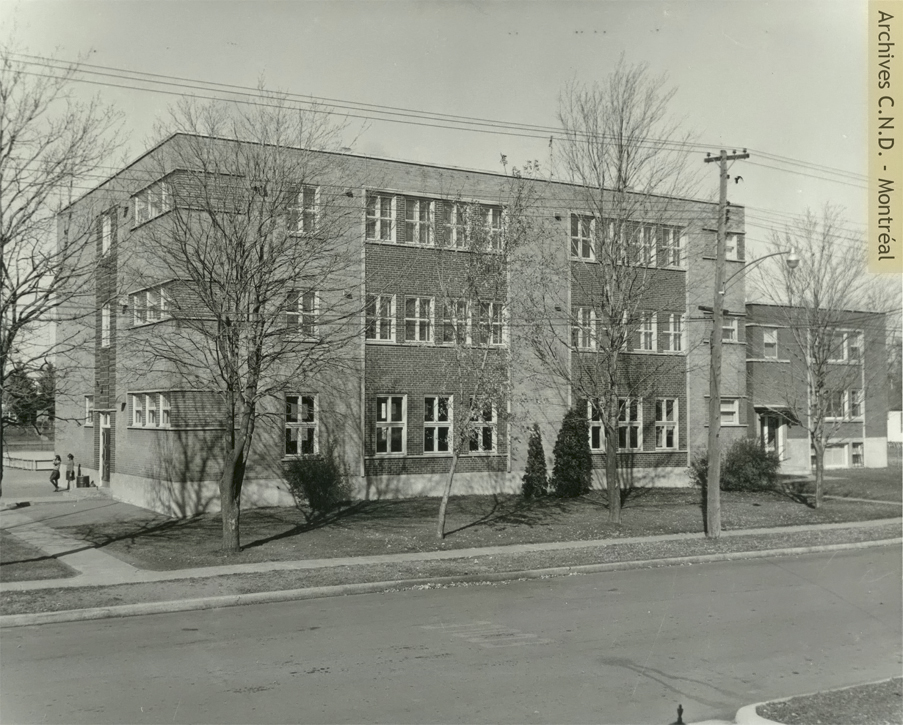