On March 9, 1954, Father Antonio Parenteau, pastor of the new Saint-Gabriel-Lalemant Parish in Victoriaville, with the support of the School Commission, asked, the CND to administer the new Saint-Gabriel-Lalemant School. This branch of Saint-David School was situated on Plourde Street, between Sainte-Victoire Convent and Saint-David School (where the sisters lived). Sister Sainte-Marie-Consolatrice (Jeanne Brûlé), superior general, agreed to send two sisters: Sister Saint-Pierre-de-Damas (Marie-Aurore Maheu) and Sister Sainte-Marie-Yvonne (Hélène Lemelin). On September 7, 1954, Saint-Gabriel-Lalemant School opened to receive its students. Fourteen lay teachers joined the sisters to provide education to four hundred and six boys and girls in fifteen classes from Grade 1 to Grade 7. The boys’ and girls’ classes were separate at that time. In December 1954, the School Commission organized a new activity in the schools of Victoriaville: educational films.

In September 1956, the commissioners added a special class for a small group of students. On December 21, 1957, the program Chantons jeunesse was broadcast live from the school. On January 20, 1962, the School Commission enriched the school with a three hundred fifty-seven book library. In 1962, Grade 1 to Grade 3 became co-ed, while the girls and boys from Grade 4 to Grade 7 remained separate. The following year, in 1963, all the classes, except the Grade 6 class, became co-ed. In 1966, the school opened a kindergarten class. On October 1, 1968, the teachers began a strike (la grève du zèle). It was organized in order to prompt the School Commission to hire specialized teachers to teach English and Physical Education as stipulated in their work contract. In protest, some teachers, each in turn, did not present themselves to class for forty minutes. From September 1970, a Grade 7 English class was offered to the students. The archived documents in this fonds end in 1973 without specifying if this coincided with the closure of the school. 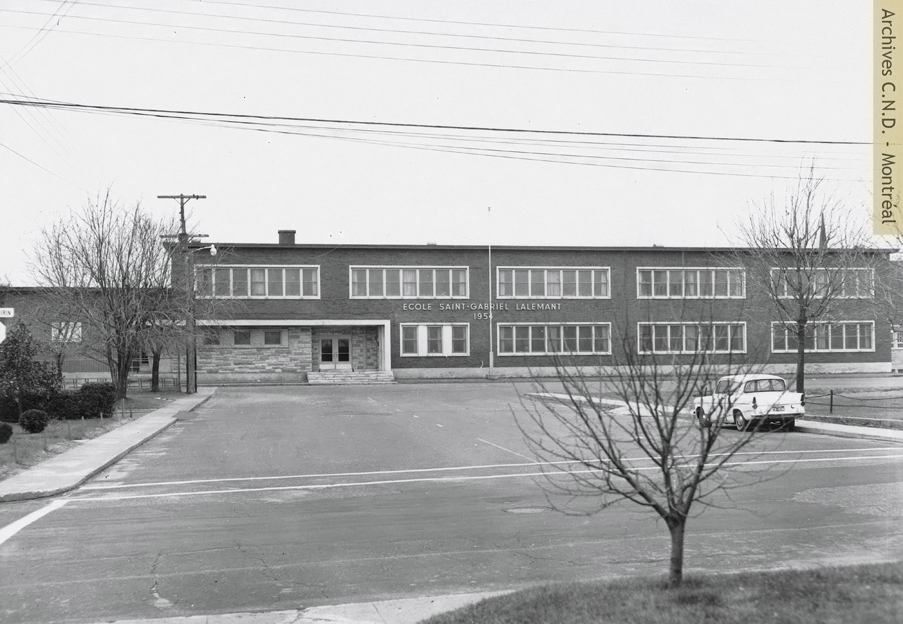