At first, the school was but a day school. In 1876, it was established as a branch of Notre-Dame-du-Saint-Rosaire Boarding School in Côte Saint-Paul in Montreal to provide education for underprivileged children. The day school was located in a rented house on de l'Église Street. In 1878, the classrooms were moved to the former presbytery of Saint-Paul Parish. In 1890, the Congrégation de Notre-Dame agreed to build a school, on the condition that the City of Montreal contribute an adequate piece of land and make annual payments for the next twenty-five years. Following the administrative separation of the School Commission, the commissioners broke their commitment and the case was brought to trial. Two years into the proceedings, the construction project was abandoned, the Congregation gave up its rights and ultimately, in 1911, everything fell under the supervision of the School Commission. That same year, the School Commission constructed a new building on de l'Église Street, on the corner of Angers Street. The school was named after Marguerite Bourgeoys. The first director was Sister Sainte-Arthémie (Marie-Emma Bittner).

In 1915, the Brothers of Christian Instruction left their school in the parish, causing embarrassment for the teaching organization. Father Hyacinthe Brisset invited the staff of Marguerite-Bourgeoys School to move into the second floor of the building and assume temporarily the administration of this co-ed school; lay teachers taught the boys. The Congregation resumed its normal activities the following year. In 1917, the elementary school was attributed the title of model school. It began receiving boys in the early 1920s. The sisters lived in Notre-Dame-du-Saint-Rosaire Boarding School until 1923. That same year, the School Commission built a residence for the sisters near the school. In time, due to lack of space, some areas of the residence were transformed into classrooms. In 1931, school officials decided to change the name of the school. It was named Marie-de-l'Incarnation, as not to confuse it with other institutions also named after Marguerite Bourgeoys. At the beginning of the 1940 school year, there were five hundred eighty registered students divided into eighteen classes. In May 1943, a physical fitness demonstration took place in the school yard. Many parents attended this new type of performance. The number of registrations peaked in 1964 with eight hundred twenty-six students divided into twenty-five classes. The staff was made up of eighteen sisters of the Congregation and twenty-six lay teachers, of whom seven were specialized teachers. In the summer of 1967, the sisters left the residence and teaching was taken over by lay personnel. 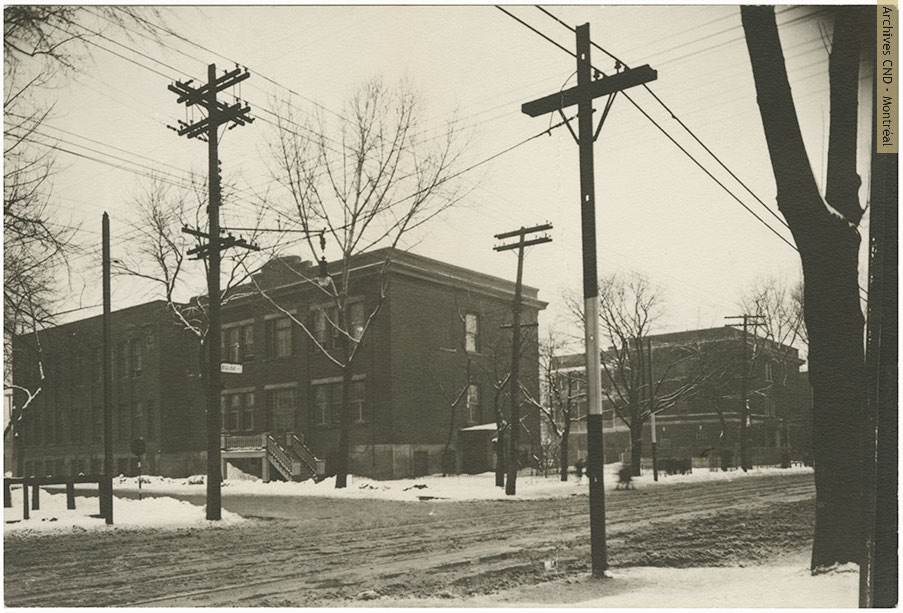