In 1923, the Montreal Catholic School Commission built Jeanne-Mance School to provide education to girls of Saint-Jacques Parish. Jeanne-Mance School was designed by Architect Irénée Vautrin, who was very active and well known in the public sphere. He was awarded numerous architectural prizes. The school was entrusted to five sisters of the Congrégation de Notre-Dame: Sister Sainte-Lucienne (Marie-Claire Couture), Director, Sister Saint-François-du-Crucifix (Marie-Virgine-Zélia Rivard), Sister Sainte-Chrysanthe (Antonia Jobin), Sister Sainte-Marie-Honorine (Rose-de-Lima-Honorine Lachapelle) and Sister Saint-Joseph-d'Arimathie (Annonciade Delorme). On opening day, Jeanne-Mance School, situated on de Montigny Street (which became de Maisonneuve Street in 1966), received three hundred nine students, of which some were boys. The sisters first lived in the former Saint-Jacques School, at the corner of de Montigny and Sanguinet Streets. Between 1924 and 1925, they resided at the Mother House on Sherbrooke Street West. In 1926, a residence was built for them thanks to the dedication of Dr. Daigle, President of the School Commission. During that year, the sisters lived in the school in order to better supervise the work which was based on the plans of Architect D. E. Painchaud. The following year, they moved into their residence adjacent to the main building. At the school, the sisters were responsible for classes from Kindergarten to Grade 8. In addition to the basic subjects, they taught the students drawing, singing, organ, piano and physical education. A large room was used for Domestic Sciences. A priest taught catechism weekly. The school was also where religious candidates defended their theses in Pedagogical Studies.

In 1935, the Alumni Association was formed and named Notre-Dame-de-Bonsecours. The Learning Circle was established in 1939. In early 1961, Sister Sainte-Alexine (Alexina Rochette), Director of Jeanne-Mance School, received, from Cardinal Paul-Émile Léger, the title of Officer of the Order of Academic Merit. In 1968, after forty-five years of teaching, the sisters ended their educational activities at Jeanne-Mance School to begin a new ministry.That same year, four sisters moved into the same neighbourhood, on Saint-Denis Street, to undertake a social mission in community services and in apostolic commitment. Two sisters continued to teach at Jeanne-Mance School, but the mission’s new purpose was to help people in need. To adapt to the situation, the sisters wore contemporary outfits and each one carried out her ministry. Some followed courses in education and other subjects in order to teach high school. On September 30, 1978, the sisters moved on Gouin Boulevard East. They taught various subjects in one or another of Collège Regina Assumpta’s five high school grades. Their presence among students and within the community ended in 1995 when the last two teaching sisters left the Jeanne-Mance Residence. 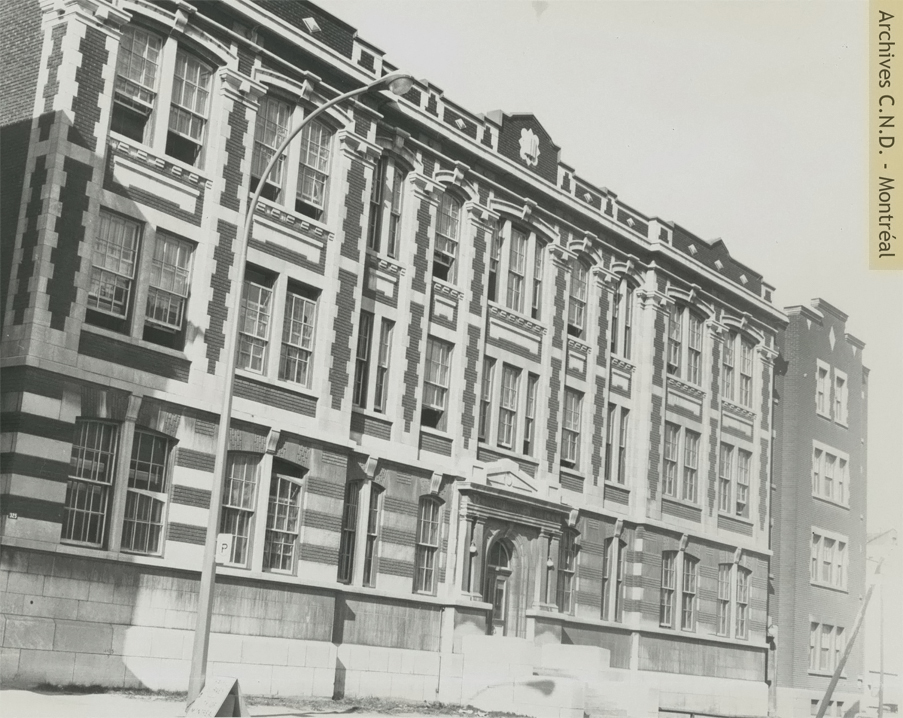 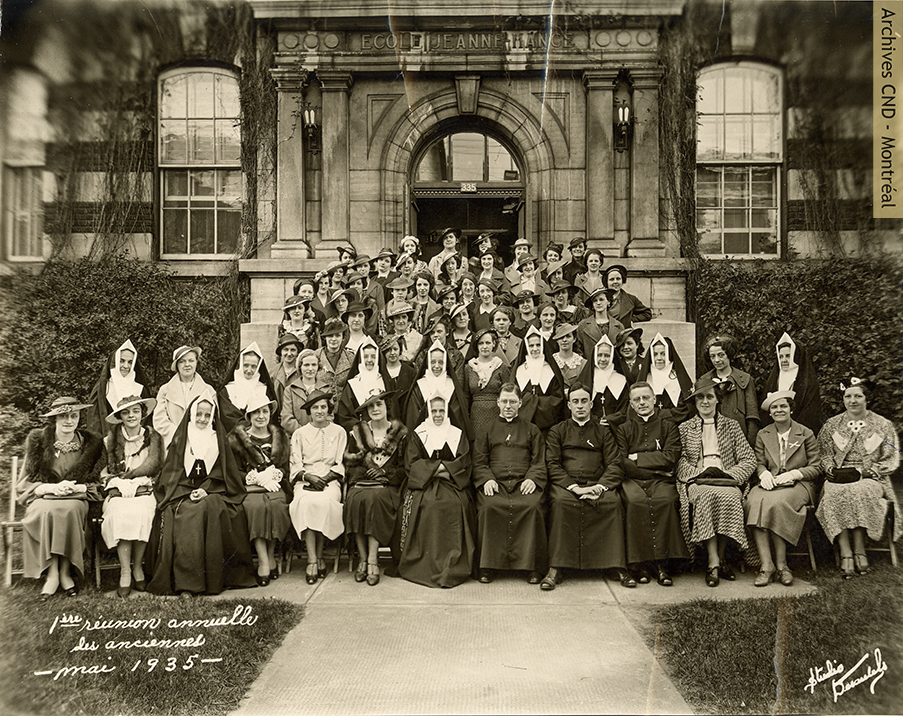