The establishment of Jeanne-Le Ber School in 1909 was the result of the many years during which the Congrégation de Notre-Dame’s provided education in Pointe-Saint-Charles, Montreal. In 1668, Marguerite Bourgeoys had established a small school and a farm on the North shore of the Saint Lawrence River. In 1693, the school and farm were destroyed by fire. Several years later, in 1720, the buildings were finally rebuilt. It was only in 1886, that a new school was established on this land. The neighbourhood community gathered to ask Archbishop Fabre of Montreal, to open a girls’ school to the South of the Grand Trunk Railway. The request was accepted and the direction of the new school was entrusted to the Congrégation de Notre-Dame. The founders, Sister Sainte-Marie-Antonin (Christine Cavalier) and Sister Sainte-Marie-Virginie (Marie-Esther Pelletier), opened Marguerite-Bourgeoys School where the farmhouse once stood. Forty French and English speaking girls attended the two available classes. In 1890, due to lack of space, the sisters built a new school – wood frame with brick siding – on Wellington Street. It was called Saint-Charles School. In 1909, the Montreal Catholic School Commission decided to build a second new school on Wellington Street, on the corner of Dublin Street. This school was named Jeanne-Le Ber School. The former school located nearby became a sisters’ residence.

On June 18, 1910, Jeanne-Le Ber School, which comprised ten classrooms, was inaugurated. Sister Saint-Adélard (Marie Saint-James Beauvais), the Superior, and Sister Saint-Vincent-de-Sienne (Marie-Alma-Blanche Samson) were among its founders. Two hundred pupils enrolled in the first classes. The following year, they already numbered three hundred thirty-six among which seventy-two followed singing and music lessons. The teaching staff was made up of nine teaching sisters and two lay teachers. In 1929, Notre-Dame-des-Souvenances Alumnae Association was formed by one hundred nine former students. In 1960, the School Commission began significant renovations and repairs on the building. Three years later, the sisters offered five rooms to the Good Shepherd Sisters for their community-based social work. The following year, they permanently left the premises and moved to Maison Jeanne-Le Ber on Favard Street. Today, Jeanne-Le Ber School, is still situated on Favard Street, is a co-ed pre-school and elementary school which receives two hundred seventy students each year. 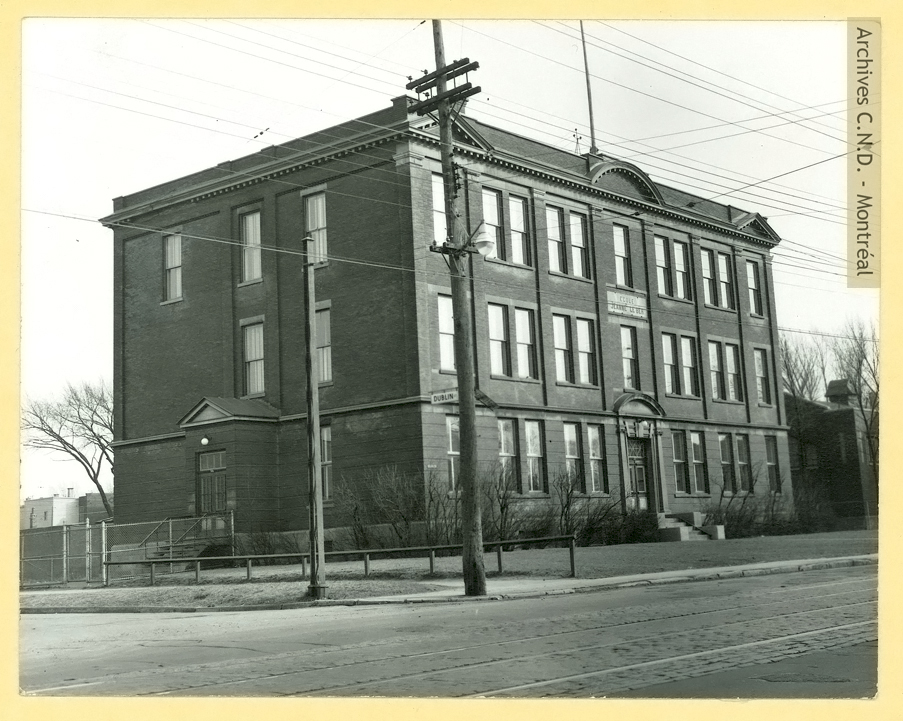