In 1875, one year after Sacré-Cœur-de-Jésus Parish was founded in Montréal, Father Arsène-Pierre Dubuc, pastor, approached the Congrégation de Notre-Dame about opening a school on the corner of Ontario and Sydenham (present day Alexandre-de-Sève) Streets. On a lot which had been offered to them by the parish, the sisters built a three-storey brick house on Ontario Street. Sacré-Cœur School was founded on November 8, 1875 by Sister Saint-Athanase (Marie-Louise Drolet), Superior, Sister Sainte-Marcelle (Marthe Morin), Sister Sainte-Natalie (Adéline Maillet), Sister Saint-Claude (Caroline Drolet) and Sister Sainte-Éléonore (Marie-Louise-Joséphine Monette). From the time the school opened, it numbered three hundred and fifty student boarders divided into six classrooms. In 1881, as recommended by Bishop Fabre, the school became the Bourgeoys Academy. In 1883, construction of a new wing began in order to meet the needs of an ever-increasing student population. During construction, some of the classes were transferred to the first floor of Dr. Gadbois’s house situated near the school. The extension was completed in 1886.

In 1890, space became once again insufficient. Furthermore, the parish required the academy’s land to build a new presbytery. Father Dubuc offered the sisters four lots of land located between Plessis and Panet Streets near Ontario Street. After buying two additional lots, the sisters built a five-story stone building on Plessis Street in order to be able to receive thirty-seven sisters and about one thousand students. In 1899, the number of students had reached one thousand five-hundred. The sisters offered courses in French and in English, as well as a preparatory course in Grade 9. They also taught music, singing, drawing and handicrafts. In 1929, former students established Notre-Dame-du-Sacré-Cœur Alumni Association. At the same time two other student organizations appeared in the school: Croisade eucharistique and Jeunesse étudiante catholique (J.E.C.). In 1925, the School Commission authorized the opening of a Grade 10 class; in 1940 it agreed to open Grade 11 and Grade 12 general and business classes. In 1931, at the request of the Montreal Catholic School Commission, Bourgeoys Academy changed its name to Marguerite-Bourgeoys School. In 1950, several celebrations highlighted the 75th anniversary of the school’s foundation. In 1955, a Marian congregation was established. In 1960, after eighty-five years, the Montreal Catholic School Commission closed Marguerite-Bourgeoys School and the sisters went to teach at Gabriel-Souart High School, located on Papineau Street on the corner of La Fontaine Street. 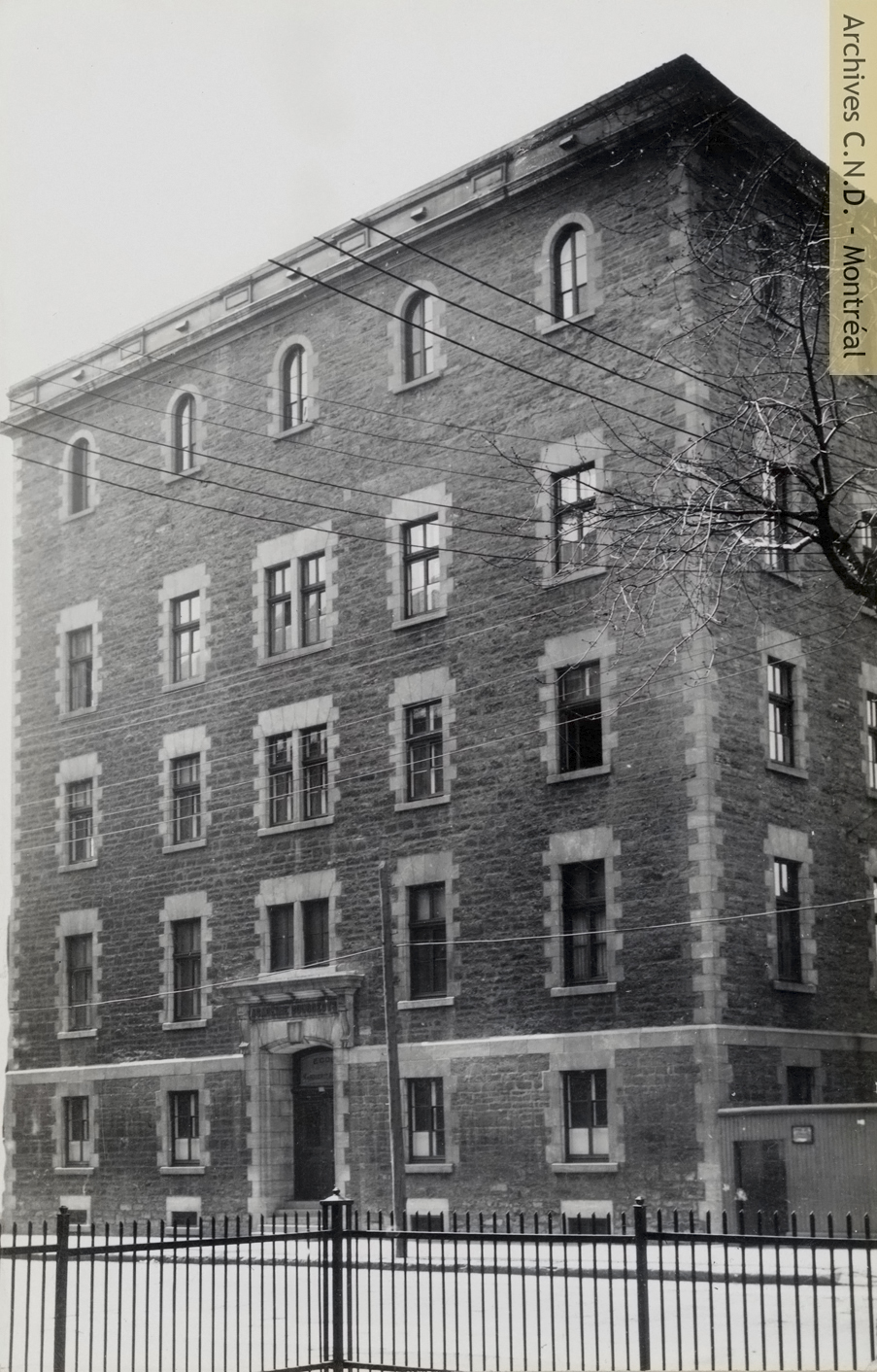 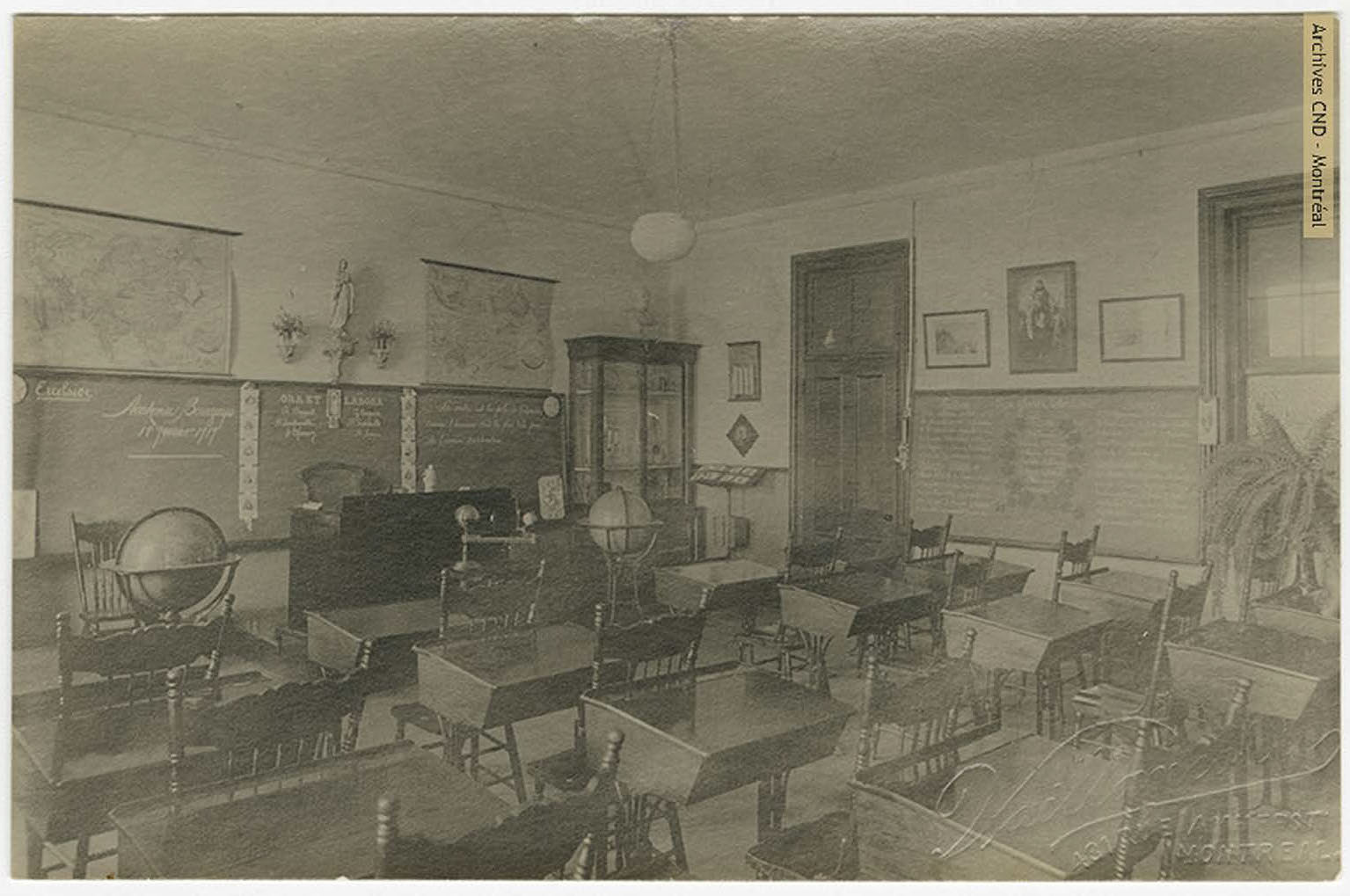 Dernière adresse : 2000, rue Alexandre-DeSève, at the corner of rue Ontario

Dernière adresse : In front of 1478, rue Ontario Est, between rues Plessis and Alexandre-DeSève