On September 14, 1922, at the request of the Quebec School Commission and Father Robert Lagueux, pastor of Sacré-Cœur-de-Jésus Parish, the Congrégation de Notre-Dame sisters took charge of Sacré-Cœur School. Their help had been requested once before in 1918, but they had had to decline because of a lack of teaching sisters. In 1921, another request was made and, this time, the sisters agreed. In the summer of 1922, Sister Sainte-Mathilde (Marie-Louise Martel) oversaw the organizing of the classrooms. When school began, there were eight sisters, with Sister Sainte-Marie-Laetitia (Marie-Anne-Marguerite-Floriane Robert) the superior, and fourteen lay teachers to teach twelve classes of girls. At first, the sisters occupied the west side of the building situated at 165 du Carillon Street. The section on Saint-Ambroise Street East was occupied by the Brothers of the Christian Schools, who taught twelve classes of boys. When they arrived, another school, L’Ange-Gardien, was but a stone’s throw from Sacré-Cœur School, on du Carillon Street. Lay teachers taught preparatory courses to three classes of girls and boys. The sisters also took on the direction of L’Ange-Gardien School, which, in 1922, became a branch of Sacré-Cœur School. In September 1922, at the beginning of the school year, the two schools numbered five hundred one enrolled students. During the course of the year, the number of students increased to six hundred three, of whom two hundred forty were enrolled in preparatory courses. The sisters offered classes in home economics in grades 1 and 2, piano lessons and cooking courses. Typewriting and shorthand were also offered to some students. On June 10, 1923, the school was blessed by Father Charles-Napoléon Gariépy, then Rector of Université Laval. In 1929, Notre-Dame de l’Espérance Alumnae Association was established; the first meeting was held in January 1930.

The new building was located at the heart of du Carillon, Falardeau, Saint-Ambroise and de Jumonville Streets in Quebec’s Saint-Sauveur area. In addition to the classrooms, Sacré-Cœur School also included a sisters’ residence, a community hall, a chapel and a small sacristy. In 1946, major renovation and extension work were undertaken, hence enhancing the community hall, refectory and chapel. On June 1, 1947, the sisters celebrated the silver anniversary of their arrival in the parish. For the occasion, a Mass was held with prayers, hymns and songs. In March 1962, eleven sisters and eight lay teachers taught five hundred fifteen students from grade 1 to grade 9. In late June 1962, the Congregation sisters withdrew from the direction of the two schools after a decision was made to repatriate teaching sisters. 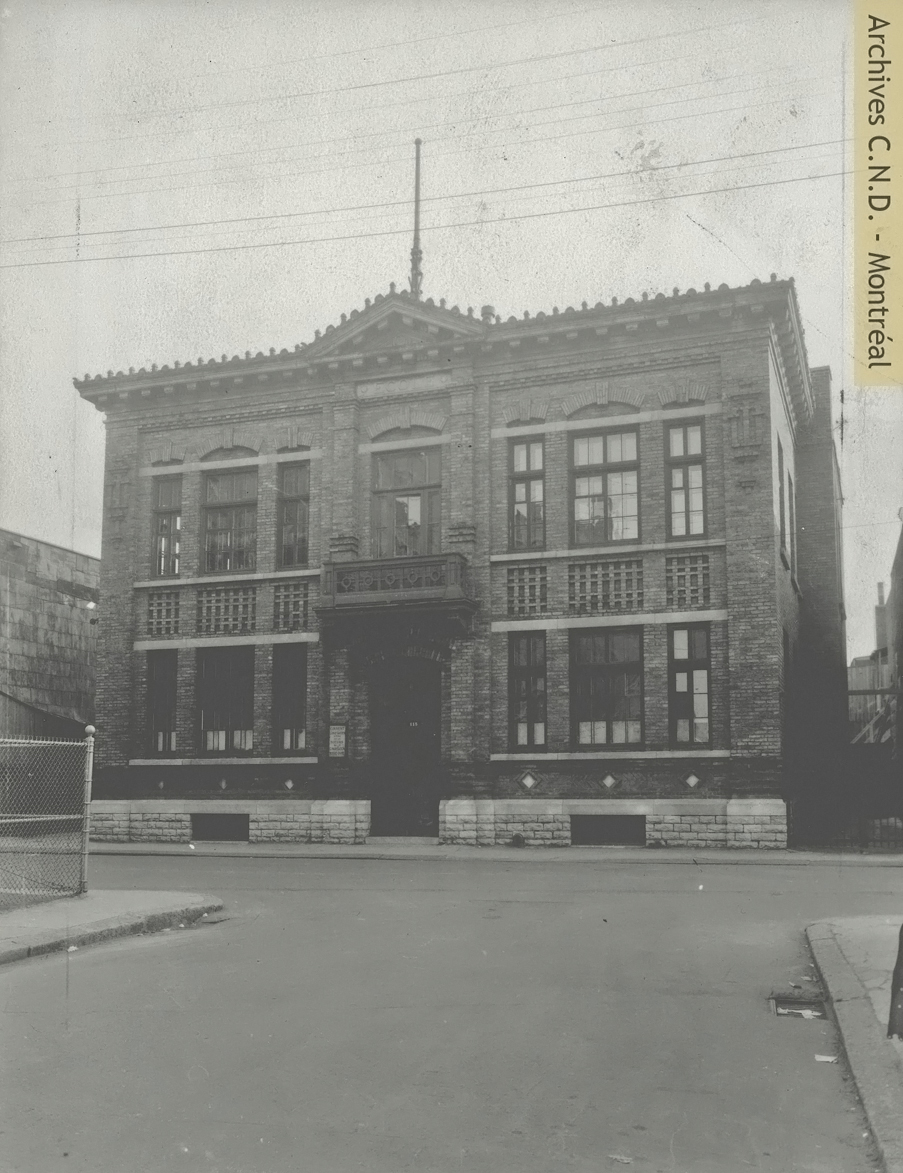