On September 5, 1906, at the request of Father Joseph-Euclide Hébert, two sisters of the Congregation arrived in Danville to establish a mission. A few months preceding the sisters’ arrival, Father Hébert purchased a property near the presbytery. For eighteen months, the founders of the Danville school, Sister Sainte-Réparate (Ann Elizabeth Drew), Superior, and Sister Sainte-Rosalie (Marie-Zoé-Alice McConville), lived in the house of the parishsacristan. On January 4, 1908, the convent was ready to receive the sisters and the first six boarders. A few days later, a Mass was celebrated to mark the opening of the school. From the start, the Société des Enfants de Marie was present in the convent school. Because there was only one classroom, the sisters taught one program which they adapted to all levels: alphabet, spelling, prayers and catechism. In time, the school grew to have French and English sections, elementary and high school levels as well as business courses and a special handicrafts class. From 1906 to 1926, one hundred and twenty elementary level diplômes modèles et académiques were awarded. In 1928, twenty-eight boarders lodged in the convent which received one hundred and sixty school girls. On May 29, 1930, former students established Notre-Dame-des-Vallons Alumni Association.

In the 1940s, the number of boarders increased considerably. During the course of the 1942-1943 school year, the convent received seventy-nine boarders. On June 26, 1956, celebrations began for the school’s golden jubilee. The three-day festivities were organized by the alumni association. In 1967, as recommended by the Danville School Commission, the elementary school became co-ed. The school closed in 1976. Four sisters of the Congregation remained in Danville and resided in the presbytery. In April 1991, a fire caused great damage to the former convent which was then vacant. The interior was destroyed and the upper floor completely disappeared. At the time of the fire, a cooperative housing project was being planned. After the fire, the city asked that the building be demolished. In 1996, a reunion day was organized in Danville for the former students of the convent and the school. Two hundred persons attended the celebrations. At the funeral home where the convent once stood, a tribute was paid to the work accomplished by the sisters of the Congrégation de Notre-Dame. A commemorative painting representing Marguerite Bourgeoys was unveiled. This was accompanied by historical notes which retraced the sisters’ work in Danville. 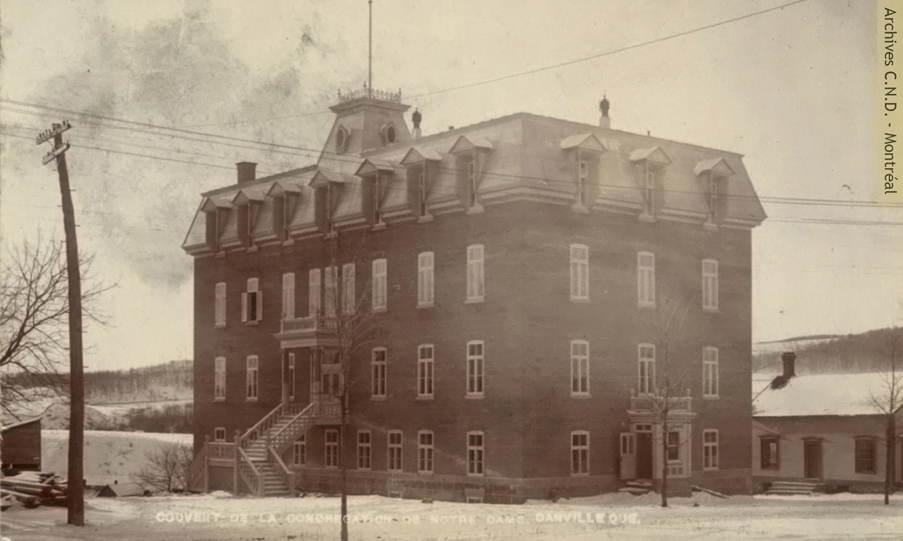 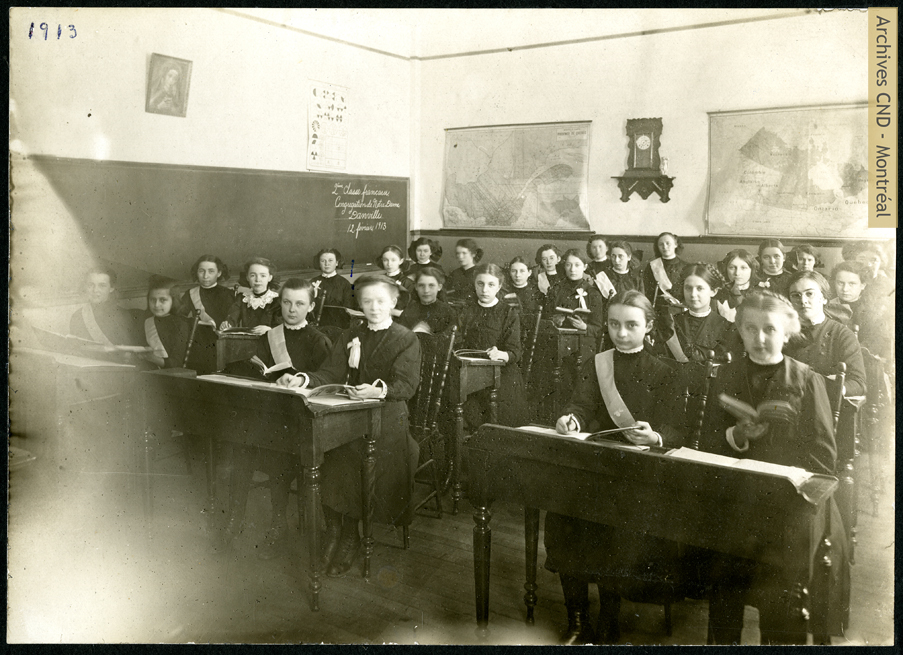