Les Sœurs de la Congrégation de Notre-Dame’s long history with Baie-Saint-Paul began in 1848 with the establishment of the convent-school. In 1833, Bishop Signay of Quebec envisioned building a parish convent on a piece of land bequeathed him by the former pastor of Baie-Saint-Paul. Bishop Signay was also the person who took the necessary steps to bring Congrégation de Notre-Dame sisters to this area. In May 1848, the convent-school was completed and, in July, three sisters braved the difficult roads to Baie-Saint-Paul where their mission of education awaited them. In August 1848, Superior Sister Saint-Jacques (Christine Labrecque), with Sister Saint-Gilbert (Marie-Valérie Ducharme) and Sister Saint-Luc (Marie-Henriette Turcot) opened the convent-school with sixty grade 1 to grade 11 students, of whom twelve were boarders. The convent-school granted several types of licenses, including teaching licenses. From that time, the story of the convent-school had so many twists and turns that it reads like a movie script. Indeed, two epidemics — measles in 1866 and smallpox in 1872— brought death to students. In the meantime, a violent earthquake caused the stone chimneys to fall crushing the roof; the entire building required repair. In July 1924, a terrible fire burned the convent to the ground. Because it was not possible for the Congrégation de Notre-Dame to assume the reconstruction expenses, the School Commission of Baie-Saint-Paul took on the responsibility. However, the construction of the new convent-school began only after a series of floods caused by torrential rains and another earthquake. Then Mother Nature became calmer. Modernity arrived at the convent by rail where, in 1911, electricity and the telephone made their appearance. The railway also brought more people and thus more students to the convent-school; it became necessary to enlarge it.

As previously mentioned, the convent-school granted teaching licenses, making it a very popular option among students. However, in June 1936, the Committee for the Council of Public Instruction decided to stop granting these elementary level diplomas. In order to become a teacher, it became necessary for students to attend normal school. The sisters therefore asked the Council of Public Instruction to raise the convent-school to the level of a normal school; their request was accepted. The Baie-Saint-Paul Convent-School was allowed to form teachers while continuing to provide elementary and high school education which included general and science classes, courses in English language, music theory, sewing and knitting, and food preparation. The students participated in various religious associations such as: Enfants de Marie, Jeunesse des écoles catholiques, Congrégation mariale, Anges gardiens, Enfants-Jésus, Croisés. Extracurricular activities were also offered. Students were welcome to join Le cercle des jeunes naturalistes. Twice monthly, students worked in teams and conducted research in botany, zoology and mineralogy. Those who preferred film, joined the Ciné-Club, a weekly activity during which students viewed a film and then discussed this form of art and its techniques. Former students were not forgotten. Their thirst for times gone by was quenched by frequenting Amicale Notre-Dame-des-Laurentides Alumnae Association. In September 1949, a new wing was added to the convent-school to accommodate the normal school. In June 1967, after thirty years of existence, it closed its doors. This came as a result of the Parent Commission which stated that teacher formation could only be obtained at the university level. However, Baie-Saint-Paul Convent-School did not close; elementary and high school classes continued. In April 1972, teachers were affected by a general strike by government civil servants; the sisters had to comply with the unions’ demands; they even walked in the picket lines. That same year, the Congrégation de Notre-Dame sold its properties in Baie-Saint-Paul. The sisters remained but rented their dwelling. In 1978, the former normal school became a seniors’ residence. In June 1980, the last sisters left Baie Saint-Paul. 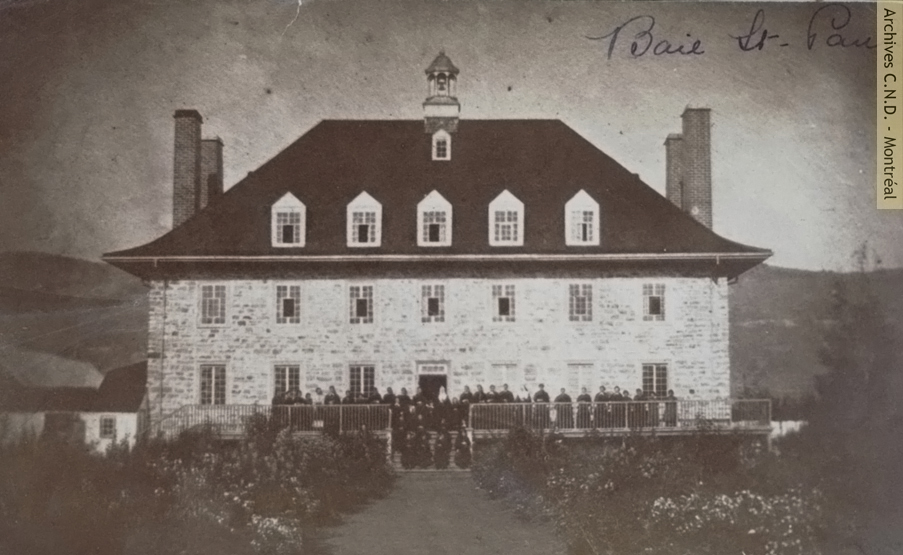 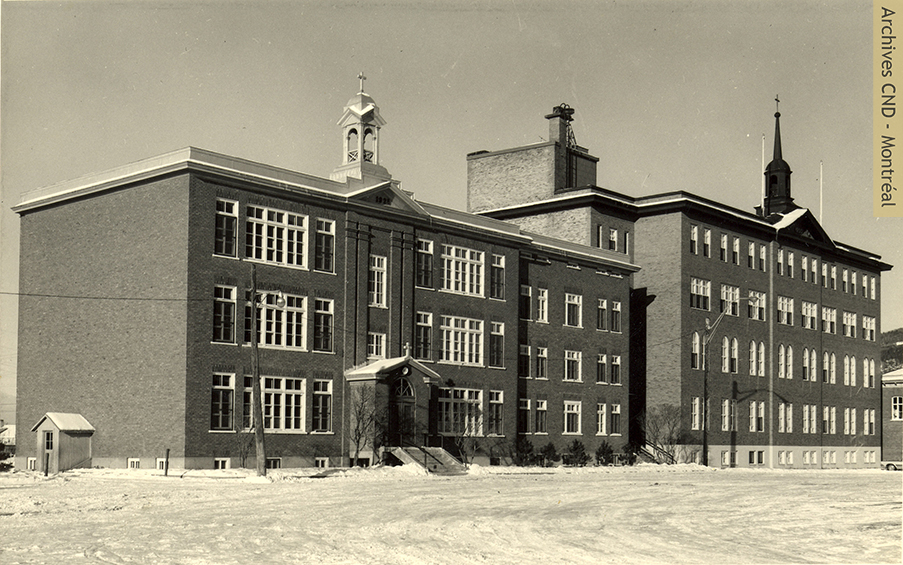