In 1881, Father François Pilote began planning to have a convent built in his parish of Saint-Augustin-de-Portneuf. With the assistance of Father Amable Blanchet and by expending a large part of his own revenues, he was able to bring his project to fruition. The Congrégation de Notre-Dame was selected to administer the school. On August 3, 1882, Saint-Augustin Parish offered the Congrégation two lots of land and a three-storey stone house, a stable and a shed. On August 31, four sisters of the Congregation arrived in the village to establish Saint-Augustin Convent. Of these, three were: Sister Sainte-Marie-des-Anges (Apolline Gagné), Sister Sainte-Héloïse (Hermine Pion-Lafontaine) and Sister Saint-Eugène (Marie-Clémence Volant-Dechamplain). When it opened in September, there were already six full boarders, eighteen weekly boarders and fifteen day students. On Sundays during September and October, the boarders received visits from their families and friends. Parents wishing to register their daughters for the boarding school needed to pay the entrance fee. However, it was also possible for them to pay the sisters in cords of wood, bags of potatoes, onions, tea, bags of rice and peas.

The sisters offered courses from Grade 1 to Grade 10 in French, English, music, domestic sciences and handy work, as well as various agriculture courses. In 1923, because the convent’s structure was deteriorating, urgent repairs were undertaken. In addition, to provide the school with drinking water, a citizens committee was organized to build an aqueduct system. During the summer holidays, renovations were executed, including the upgrade of the main building. On May 9, 1924, only six months after the completion of these major renovations, a fire completely destroyed the convent. Classes were interrupted and the students were sent to the village high school where three classrooms were set up for them. Two members of the General Council were sent to provide assistance. The School Commission agreed to rebuild the school and the Congregation ceded all rights to the buildings and property. The school was, however, still under the direction of the sisters. Saint-Augustin Convent’s Golden Jubilee was marked by the establishment of Notre-Dame-de-Troyes Alumni Association, which organized a special Mass and a reunion of former students. The sisters administered the school until 1974.NB: This text was written using documents found in the archival holdings in our possession and does not constitute a complete administrative history of the teaching establishment. 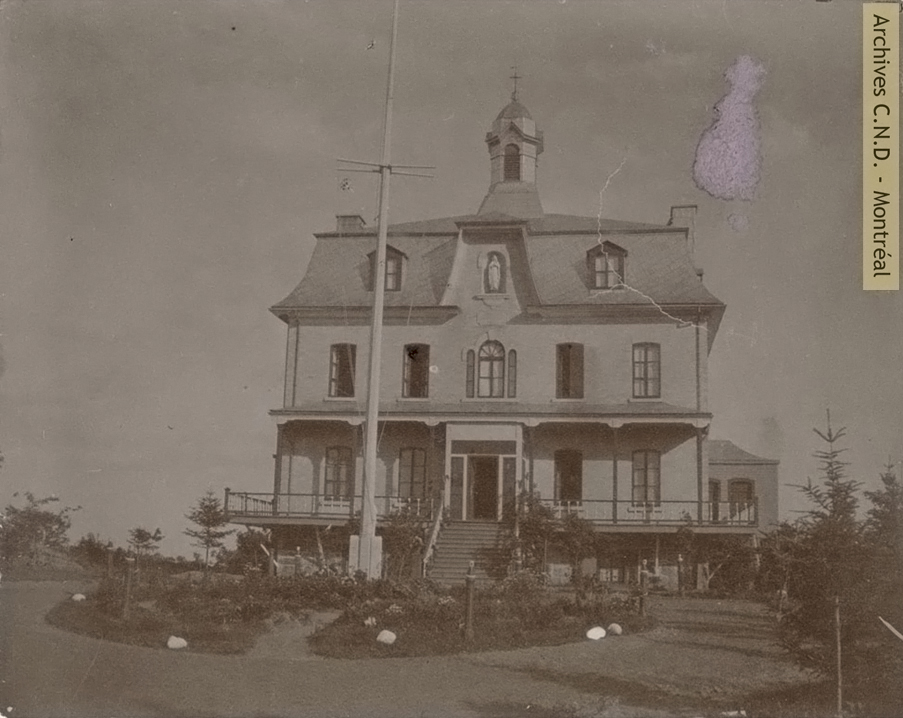