At the request of Father Jean-Baptiste Bourassa, pastor of Châteauguay Parish, the Congrégation de Notre-Dame opened a convent providing education to the girls of the Montérégie region. A stone house was built on the land of the Fabrique of Saint-Joachim. On September 24, 1844, Sister Sainte-Clothilde (Marie-Catherine Rose) and Sister Sainte-Catherine (Marie-Angélique Lévesque) moved in and opened the boarding school. Some forty years later, because of an ice break-up in the Châteauguay River, the school was forced to close for fifteen days. Even though repairs were regularly made to the building during the 19th century, by 1910, it was necessary to rebuild the convent. This time it was built further away from the river at 5 d’Youville Boulevard. It numbered about one hundred students from six to sixteen of whom forty were boarders. In addition to Catholic instruction, the teaching sisters taught French, English, History, Geography, Mathematics, Natural Sciences, Home Economics, Drawing, Music and Singing. In 1920, electricity was installed and an extension allowed for a third class to be opened in 1926. In 1929, Notre-Dame-des-Champs Alumni Association met for the first time in order to share memories and contribute to the future of the school. Many religious associations were represented at the school: Société des Enfants de Marie, Société de l’Enfant-Jésus, Croisade eucharistique, Anges-Gardiens, Action catholique and Jeunesse étudiante chrétienne féminine.

At the end of the 1932 school year, the students distinguished themselves in the Bureau des études exams and many graduated with honour. In 1933, to the delight of the cook, a refrigerator was added in the kitchen. In 1944, an important celebration was held for the 100th anniversary of the convent. The Alumni offered the chapel a beautiful statue of Notre-Dame-des-Champs in a Lourdes grotto. Exceptionally, due to lack of space elsewhere, the Châteauguay-Village School Commission requested that, from 1948 to 1950, the sisters receive a small number of grade 1 boys. Ultimately, on October 13, 1952, the new Marguerite-Bourgeoys School, a school under the School Commission’s jurisdiction and situated near the convent, opened at 68 Principale Street. In its first year, the four teaching sisters and two lay teachers received one hundred eighty-five students from grade 1 to grade 6, divided into six classes. There were boys among the three first grades. From that time, the sisters taught young women from grade seven to grade 11 in four classrooms and in the boarding school’s music room. The convent-school received the elementary-level boarders of the new Marguerite-Bourgeoys School in its dormitories. From 1959, a room was opened to set up a science laboratory where the students learned chemistry, physics, biology and botany. In 1965, the boarding facility closed and the building became the residence of the sisters who taught at Marguerite-Bourgeoys School. In 1972, the City of Châteauguay acquired the convent and made it the town hall. A few sisters remained in Châteauguay, on Labelle Street, and taught at Louis-Philippe-Paré Comprehensive School. On June 28, 1975, they left the town permanently. 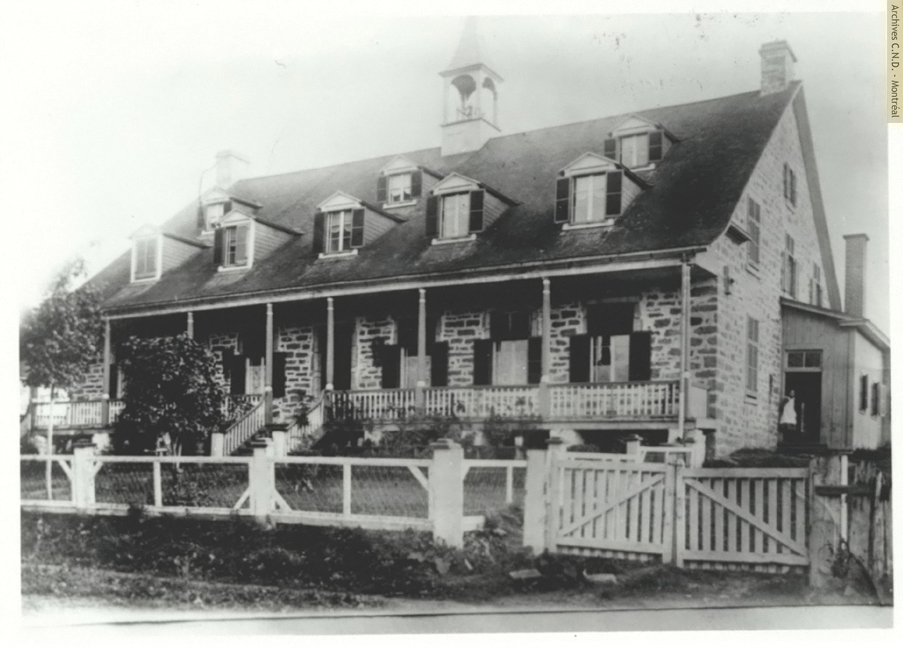