When Father Antoine Girouard arrived as parish priest in Saint-Hyacinthe Parish (Yamaska) in 1805, he was disappointed to see that there was no school. In 1816, after many years of negotiations, he established in the parish a high school for boys and a boarding school for girls, the latter under the direction of the Sisters of the Congrégation de Notre-Dame. The school was set up in the Maison Picard, the former parish priest’s residence which had been acquired by Father Girouard in 1812. The house was occupied by troops fighting in the War of 1812, which opposed the United States and the British Empire from 1812 to 1815. The building was left in a deplorable state. Sisters Saint-Vincent-de-Paul (Adélaïde Valade) and Saint-François-Régis (Marie-Madeleine Verreau) were named teachers and arrived in Saint-Hyacinthe in August 1816. Sister Saint-Vincent-de-Paul returned to Montreal and was replaced by Sister Sainte-Claire (Marie-Thérèse Ritchot) at the beginning of the school year. The boarding school was opened on the 16th of that same month. A bell named Marie-Michel-Antoine was offered to the convent by Mr. Antoine Bistodeau, one of the town’s merchants. The Maison Picard was renovated during the next few years and served as a convent school from 1816 to 1851. In 1843, a chapel where the Blessed Sacrament was kept was added to the convent. In 1851, the house was replaced by a brick building on the corner of Girouard and Bourdages Streets. The land was given to the Congregation by the Most Reverend Ignace Bourget, then Bishop of Montreal. In 1858, at the request of Bishop Prince, the Sisters of the Présentation de Marie took on the direction of the boarding school which was renamed Académie de Lorette. Actually, the bishop wanted his parish to have a mother house and a novitiate independent of Montreal. In exchange, he ceded to the Sisters of the Congregation a house in Sorel to establish a new boarding school. 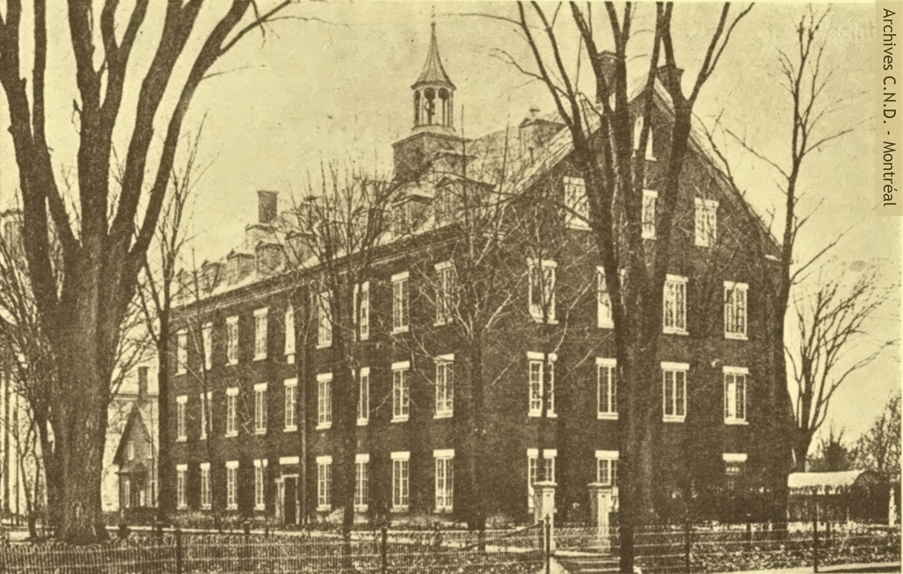