In 1889, the pastor of Notre-Dame de Montréal Parish, Father Léon-Alfred Sentenne, decided to establish Académie Saint-Urbain on the corner of Prince-Arthur and Saint-Urbain Streets and asked the Congrégation de Notre-Dame sisters to teach at this school. On August 15, 1889, four sisters opened the school, which was bilingual at first. They were: Sister de la Nativité-de-Jésus (Marie-Thérèse-Elmire Pinsonneault), the superior, Sister Saint-Néré (Marie-Octavie Bernier), Sister Saint-Jérôme-Émilien (Marie-Eulalie Toupin) and Sister Sainte-Ida (Josephine McDougall). During the first weeks, the sisters of Académie Saint-Denis offered support by providing the sisters with food and furnishings. At the beginning of the 1889 school year, there were forty enrolled students. On September 8, Father Sentenne blessed the school. In addition to the regular curriculum, the students were offered music and drawing classes. Académie Saint-Urbain also received boarders. Over time, the school was modernized and went through many changes. As soon as it opened, one room was changed into a chapel. At the turn of the 20th century, there were one hundred fifteen young women enrolled. In 1918 and 1919, Quebec was hit by a serious Spanish flu epidemic. Notre-Dame de Montréal Parish was not spared. Churches were obliged to close on Sundays to prevent the spread of the disease. During this time and because the school was quiet, the sisters of Académie Saint-Urbain were very much involved with the sick – they visited and provided care for them.

From the 1920s, the population of the school’s English-speaking students progressively decreased while that of the French-speaking students steadily increased. In 1930, Notre-Dame-de-la-Fidélité Alumnae Association was established with one hundred twenty-five former students. In 1936, one hundred eighty-five students were enrolled, of whom twenty-six were boarders. In May 1939, the members of the Alumnae Association participated in Académie Saint-Urbain’s golden jubilee celebrations. In 1946, the school went from coal heating to oil heating. The two coal cellars were changed to serve as a vegetable cellar and an ironing room. In January 1942, a fire broke out at the school. Although the firefighters responded quickly, damage was considerable. In September 1945, due to the decrease in students, the English classes were closed. In 1947, the dormitory was enlarged to accommodate a dozen new boarders. The students’ and the sisters’ involvement in their school was significant. The students gave recitals, participated in student congresses organized by Comité central de l’Action Catholique and in various religious celebrations. On the other hand, the sisters also looked to improve their course selection. Therefore, the teachers of the Letters and Sciences program attended development courses on Saturdays at Collège Marguerite-Bourgeoys. In 1954, the school received nearly two hundred students. They considered moving Académie Saint-Urbain into a new and larger building. In 1955, the school was sold. The sisters who taught there were transferred to the new Collège Régina Assumpta in Montreal’s north end. 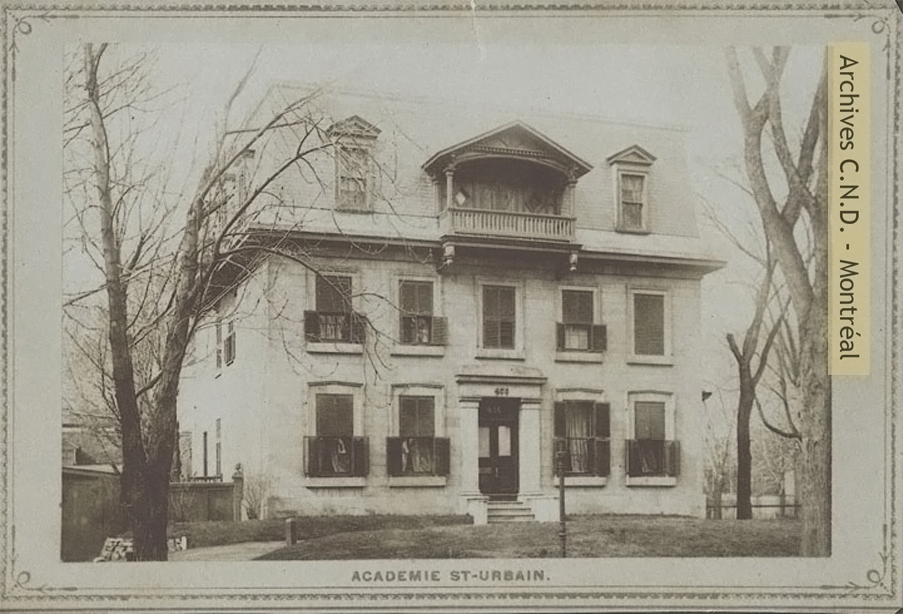 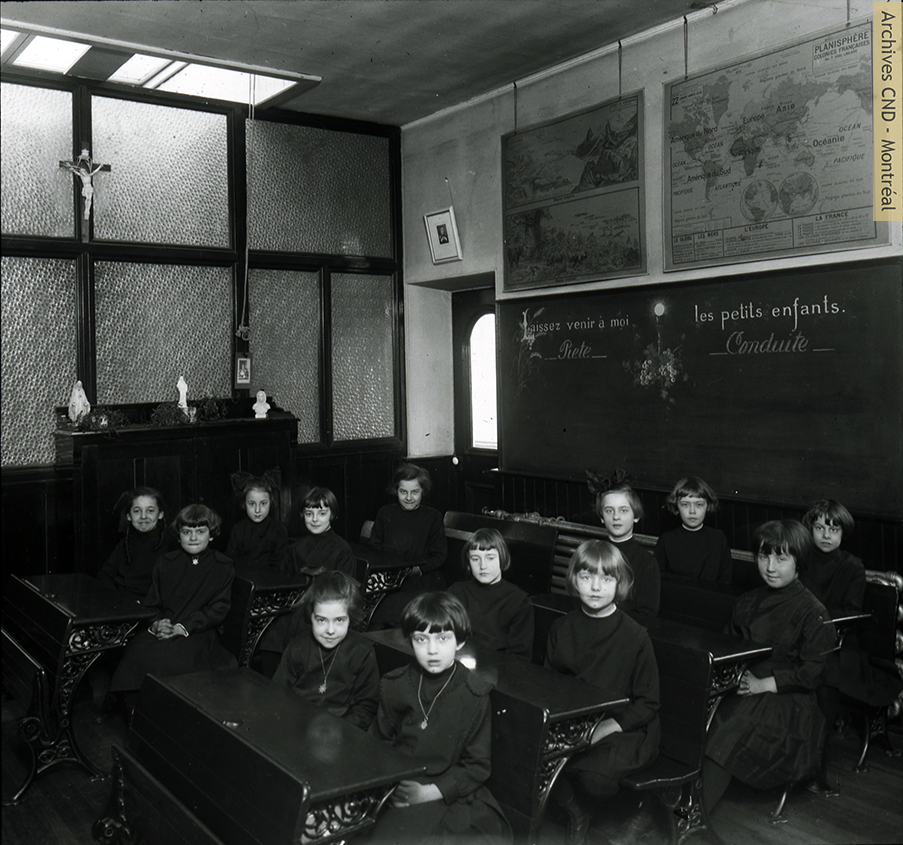