In 1867, at the request of Bishop Ignace Bourget, a new Congrégation de Notre-Dame school was opened in Montreal. The first Superior, Sister Saint-Michel (Henriette Dufresne) was accompanied by Sister Sainte-Alix (Marie-Elmire-Émélie Larue), Sister Sainte-Apolline (Angèle Apolline Madeleine Côté), Sister Sainte-Henriette (Marie-Darie-Aurélie Lemire-Marsolais), Sister Sainte-Berthilde (Marie-Mathilde Duquet) and two novices. The classrooms received two hundred French-speaking and English-speaking girls in a rented building on Saint-Antoine Street, from where the school derived its first name. To remedy the lack of space, the Congregation bought a piece of property and built a brick school on de La Gauchetière Street, where it moved in 1869. Under the authority of the archdiocese, the academy benefited from the presence of chaplains and of important protectors.

In 1905, at the request of Father Georges Gauthier, the academy opened the first classes for boys which were subsidized by the Montreal Catholic School Commission. In the following years, several free schools were opened in the neighbouring parishes. This resulted in a decrease in student population at the academy. In 1910, it placed itself under the direction of the School Commission in order to receive grants and, in this way, ensure its survival. The ensuing effect was an increase in the number of registrations and, therefore, more space was required. The School Commission bought property and constructed a new building on de la Montagne Street. The building included a reception hall, a gymnasium, a sisters’ residence and classrooms. The institution moved in the summer of 1915 and was renamed Académie Ignace-Bourget. It then received ten classes, eight French and two English. In 1928, a reunion of former students was organized and the Notre-Dame-des-Missions Alumnae Association was created the following year. From 1932 to 1940, a business class was offered to young women. In 1942, celebrations for the 300th anniversary of the foundation of Montreal and the 75th anniversary of the establishment of the academy were held. From 1967, the academy offered only elementary level education. In the following years, the area became less residential and more commercial. The number of families decreased and the institution closed in 1968. 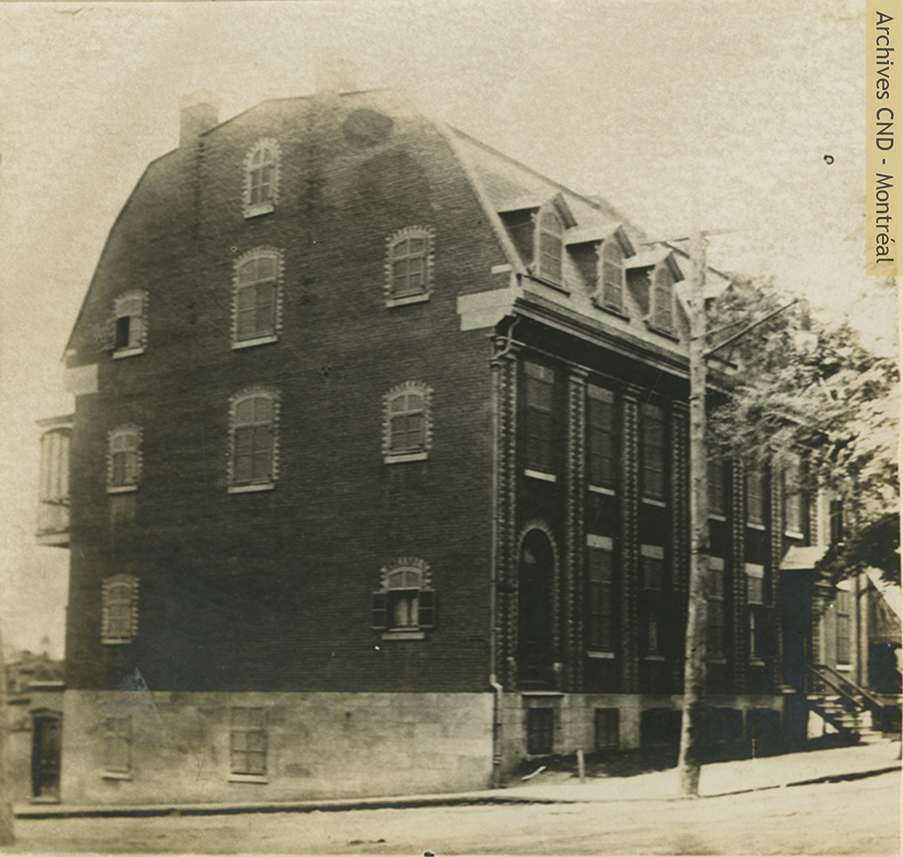 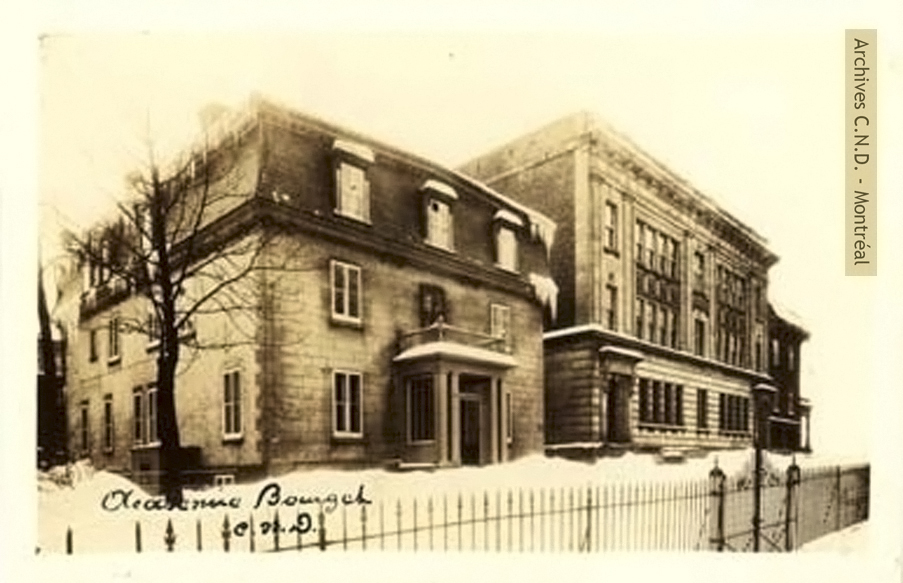