When Marguerite Bourgeoys came to Canada in 1653 she carried a small bundle of immediate necessities in her hands and an unshakeable faith in God in her heart. She also brought with her a knowledge of some of the most advanced pedagogical theory of her time and an experience of more than a decade of its practice. Throughout the almost half a century that she worked in her country of adoption she displayed not only a remarkable insight into the needs of the people around her but both the will and the creativity to find and implement ways to meet those needs. To accomplish her work of education she founded the Congrégation de Notre-Dame de Montréal, a community of women able to go out wherever they were needed throughout New France. Their efforts were directed toward the religious, moral and practical education of men and especially women so that they might lead fruitful lives and play their full roles in the development of the societies of which they were a part.

After Marguerite’s death in 1700, her values were preserved by the Congregation de Notre-Dame which had, even then, reached beyond cultural and linguistic barriers to include women from all three of the founding peoples of Canada. For more than three hundred years of war and peace, of need and prosperity, of political and social change, the Congregation has continued the work of education begun by Marguerite Bourgeoys, adapting, as did she, to the needs of the times. Convinced of the importance of their role in society, the Congregation has educated generation after generation of women, first in Montreal and New France then in Canada and the United States. In the 20thcentury, wider opportunities for women meant that the Congregation numbered among its former students lawyers and doctors, judges and cabinet ministers, journalists, novelists and poets. During that century, the community also reached Japan, Latin America, Europe and Africa.

In the second decade of the new millennium, the Congrégation de Notre-Dame remains true to the pioneer spirit of Marguerite Bourgeoys, ready to move beyond geographical, linguistic, cultural and social boundaries and to find ever new ways to make possible a truly empowering and liberating education. 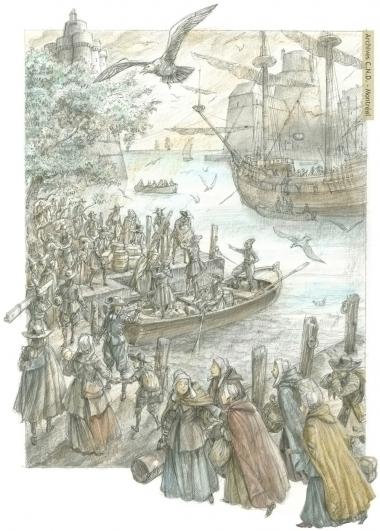 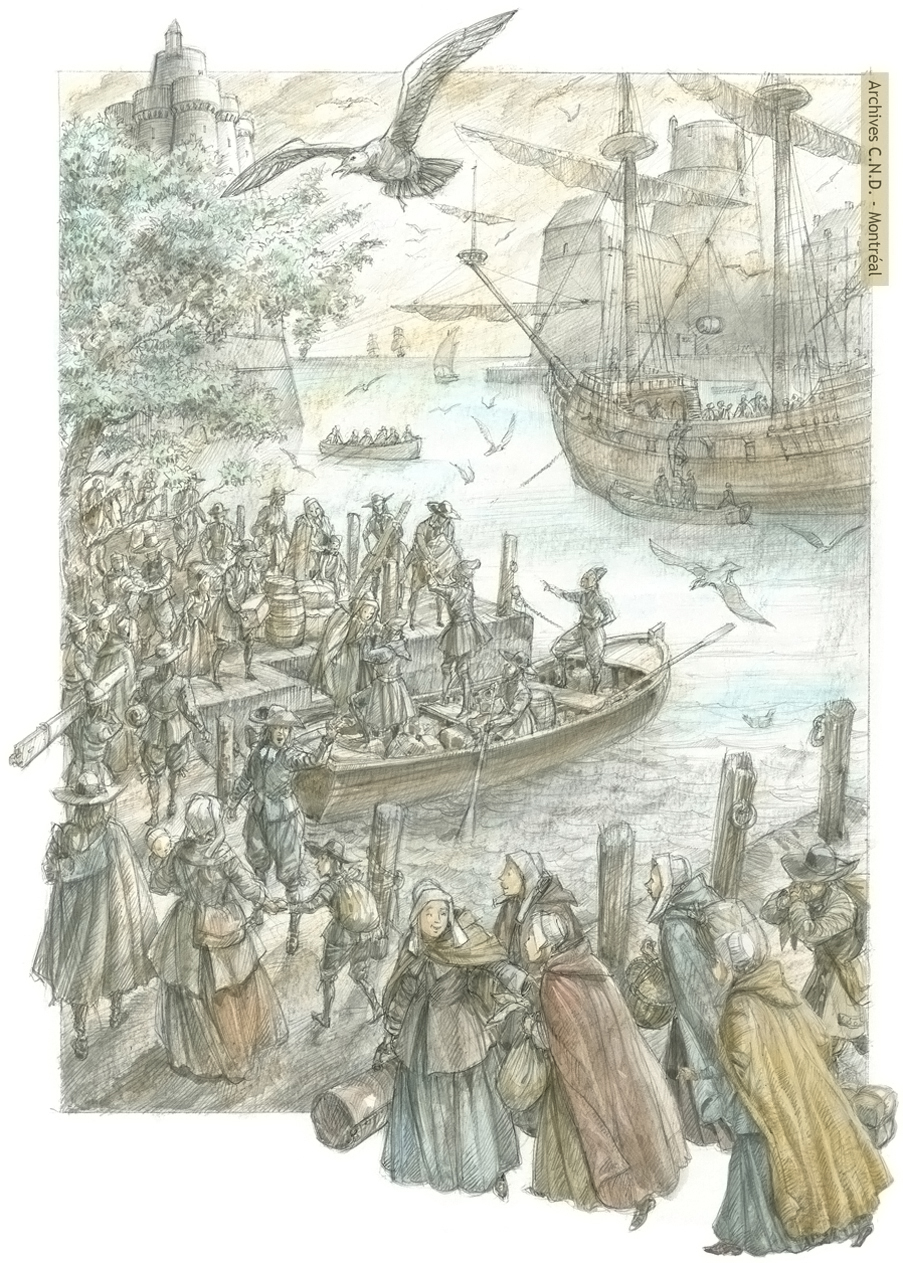 Embarkation of Marguerite Bourgeoys and her first companions on the Saint-André, La Rochelle, Nouvelle-Aquitaine, France, 29 June 1659. Illustration: Francis Back.

In 1658, Marguerite Bourgeoys returned to France to recruit her first companions who would, with her, teach the children of the colony and form a congregation of young women who would imitate the journeying life of Mary. On June 29 of the following year, with the pioneers of the future Congrégation de Notre-Dame in Ville-Marie (Montreal), Edmée Châtel, Marie Raisin, Anne Hiou and Catherine Crolo, she embarked on the Saint-André in the port of La Rochelle.