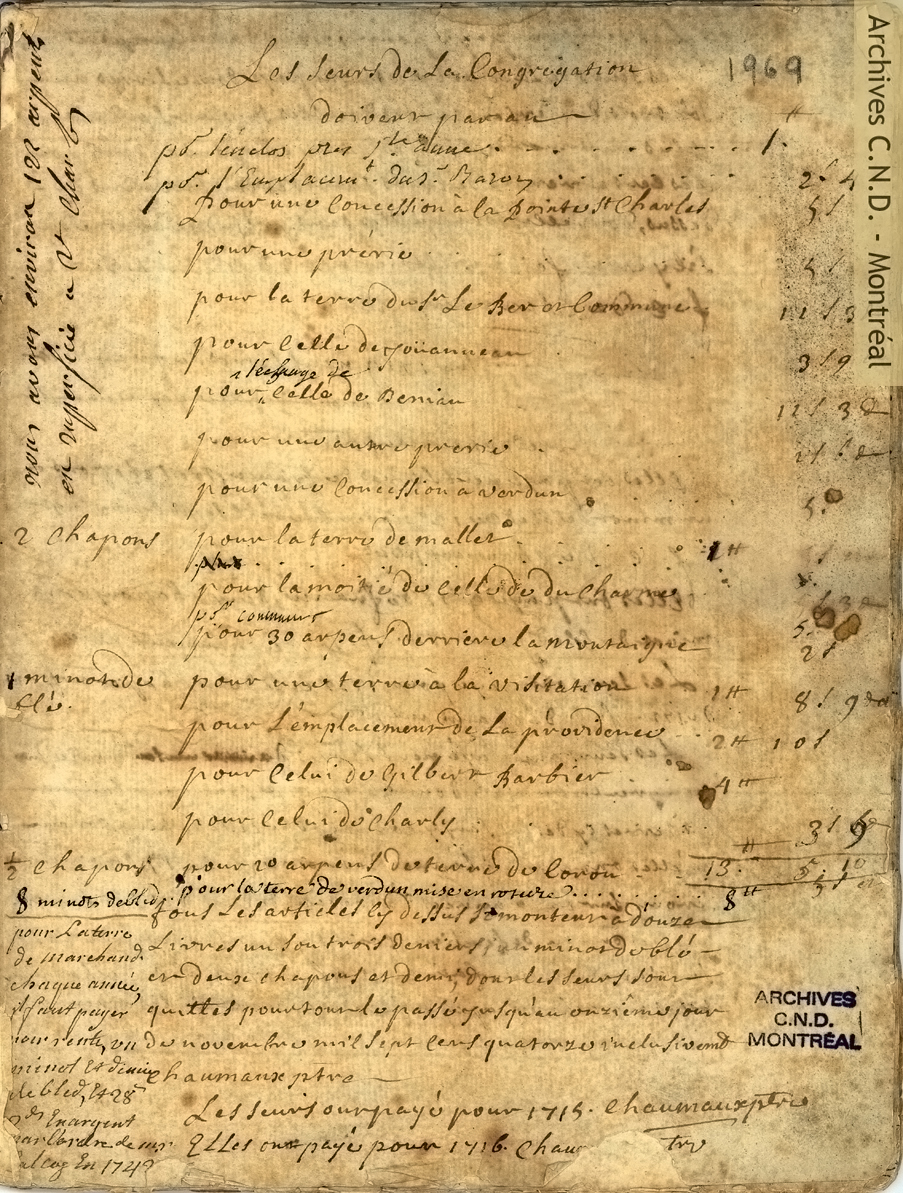 The seigneurial system was a form of land distribution and occupation in effect under the French and British régimes until 1854. The Sisters of the Congrégation de Notre-Dame had the same rights and obligations as the other censitaires or tenants who worked the land in the various seigneuries, like the one in Montreal which had belonged to the Sulpicians since 1663. The Sisters paid the rents in cash or in kind to the seigneur in exchange for the right to work the land.