Montreal, Province of Quebec (Quebec), [after 1769]. Illustration : Francis Back. 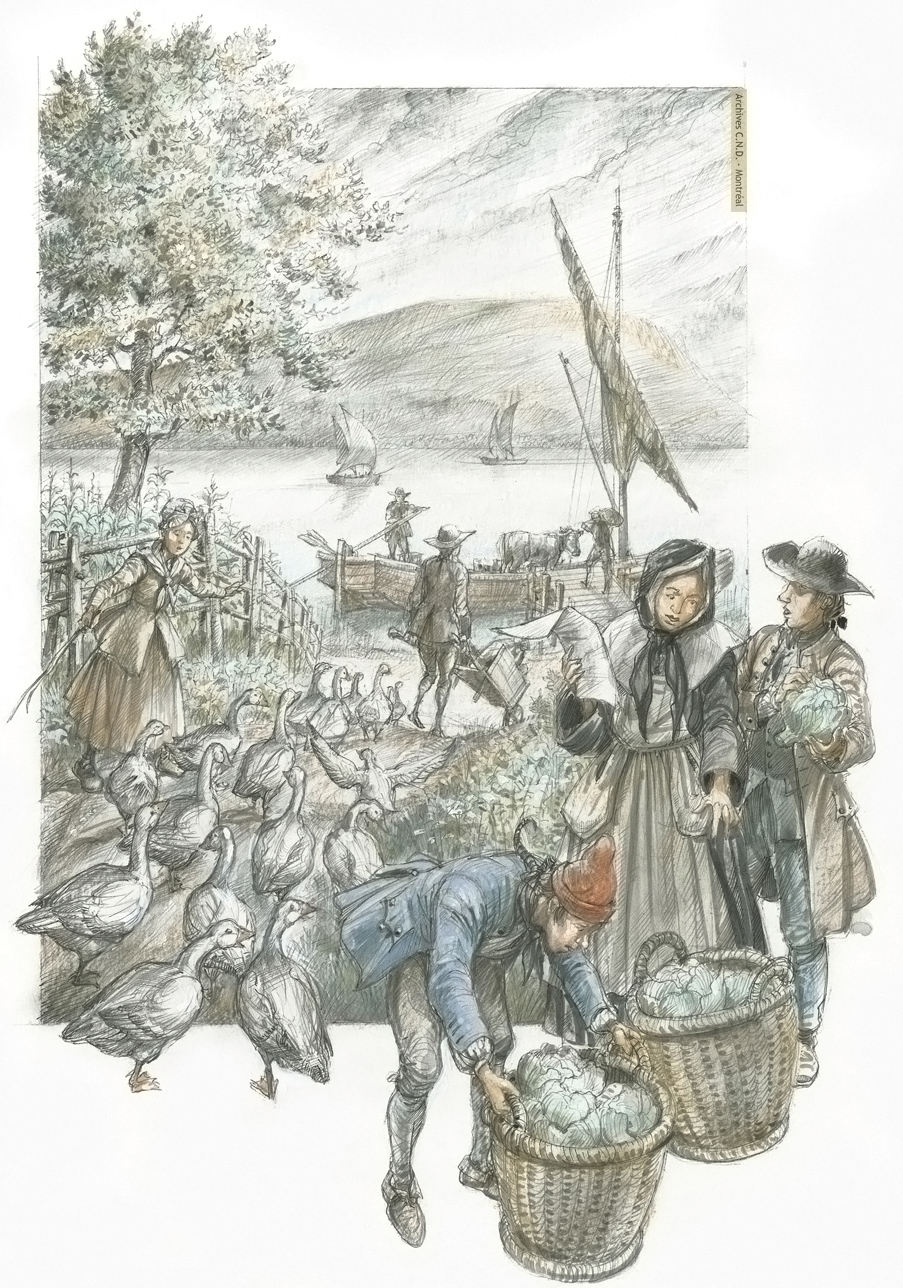 The Congrégation de Notre-Dame became the owner of the entire Île Saint-Paul (today Île-des-Surs) in 1769. During the previous decades, the Sisters progressively acquired several fiefs, including Lanoue in 1706. The island was very close to Saint-Gabriel farm in Pointe-Saint-Charles, only the Saint Lawrence River separated them. Like the farm house, this land provided some of the products necessary to feed the Sisters and their boarders. The crops were loaded on barges by hired hands and brought to Montreal.