In 1928, Father James A. Craig, aware that his parish, Saint Sebastian, had been growing for the past fifteen years, approached the Sisters of the Congrégation de Notre-Dame who were already providing education in two missions in Providence (Saint Mary and Saint Anthony) and requested their help. The Sisters agreed and Saint Sebastian Convent opened on September 9, 1929 at 518 Lloyd Avenue, Providence, Rhode Island. Sister Sainte-Rose-Marie (Maud Teresa Barron), who had been teaching catechism to the children of the parish for a few months, was assigned the direction of the school. Accompanying her in this mission were Sister Sainte-Florida (Gertrude Teresa Noonan), Sister Sainte-Régina-Marie (Mary Agnes Heffernan) and Sister Woods (a lay Sister). At first, the Sisters taught students from Grade 1 to Grade 4 in a little school near the church located on the corner of Lloyd and Lorraine Streets. In 1929, Father Craig bought a school on Slater Avenue. During the school’s first year in 1932-1933, there were over one hundred students registered from Grade 1 to Grade 8. Saint Sebastian students distinguished themselves by their talents in artistic and diction competitions and put on several plays, such as, Évangéline and Zuma. Saint Sebastian Convent also had scout groups.

In 1938, a hurricane hit Providence. The damage to the school was light but the city was partly destroyed and there were several casualties. The 1950s saw poliomyelitis epidemics which affected many Saint Sebastian students. At the end of this period, the Sisters each obtained the certificate from the School Commission required to continue teaching. At the beginning of the 1960 school year, the Sisters launched an information newsletter to parents in order to reinforce ties between school and home. After thirty-two years Saint Sebastian Convent was demolished in February 1961. While the new convent was being built, education was provided in the church auditorium. On October 26, 1961, the facilities were moved to the new Saint Sebastian Convent at 220 University. Avenue. On December 14 of that year, the Sisters moved into their new residence. In 1968, the school abolished its kindergarten classes. The School Pigeon, the Grade 7 newspaper, was published in November 1968. In 1969, an important consultation was organized to determine the future ministries of the Congrégation de Notre-Dame and the Sisters’ role in Saint Sebastian parish. The Sisters were advised that they would no longer work in the parish and received their new ministries. After forty years of service, the convent closed on July 2, 1969. 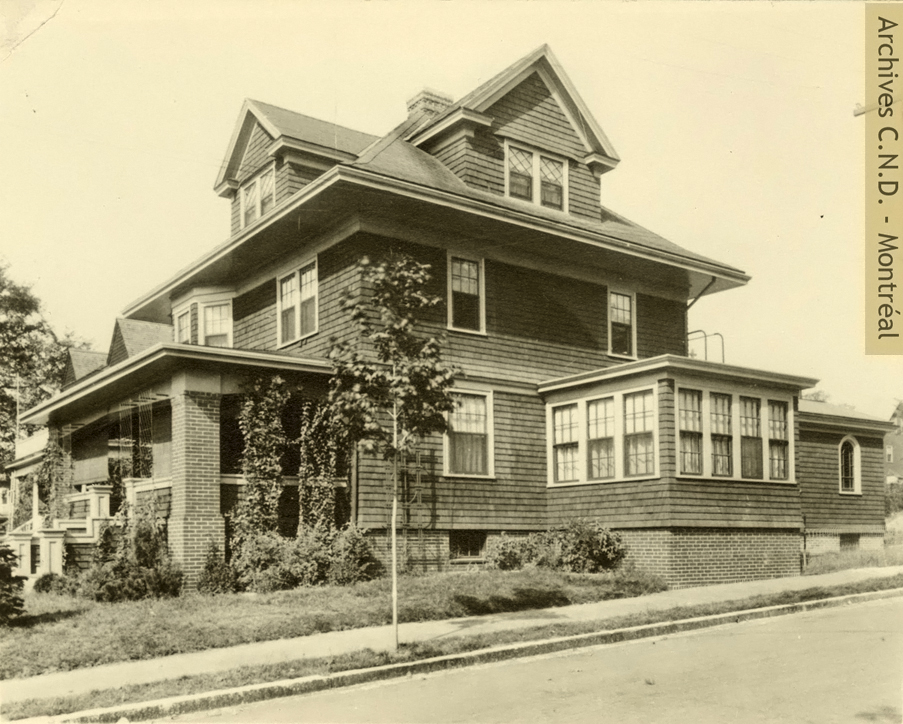