In the spring of 1956, the parish priest of Immaculate Conception parish, Father Basil C. Martin, asked the Sisters of the Congregation to teach in the new school in Truro, Nova Scotia. Father Martin wanted to establish a Catholic school that would serve the parish as well as the Amerindian reserve in Millbrook. The Congregation accepted the invitation and sent a group of Sisters to found Saint Mary's School. They were: Sister Saint Josepha (Mary Campbell), Sister Saint Janet Marie (Mary Loretta MacLennan), Sister Saint Harriet Marie (Harriet Marie MacNeil), Sister Saint Joseph of the Presentation (Anne Marie Mackenzie) and Sister Saint Patricia of the Rosary (Leone Margaret Merchant). A few months before the Sisters’ arrival, the members of the Holy Name Society became interested in Father Martin’s project and made a donation to buy a house adjacent to the school that would serve as the Sisters’ residence. The residence was named Holy Name Convent in recognition of the Society’s gift. The last stone was symbolically laid on August 29, 1956 during an official ceremony attended by Archbishop Gerald Berry of Halifax, Father Martin, about forty priests from the area, Sisters of the Congregation from Antigonish and parishioners.

The first Mass was held in the chapel of Saint Mary's School on November 7, 1956. On December 3, the first registrations were received. At the beginning of the new year, the school opened its doors to over three-hundred boys and girls from Kindergarten to Grade 8. On March 7, the parents of the students were invited to the school’s first open house. In June 1958, a wing was built in order to add four classrooms for the Grade 9 and Grade 10 students. The extension was completed in December. In 1962, because of the large number of registrations, Grade 10 students were moved elsewhere. In 1968, Grade 7, Grade 8 and Grade 9 students were transferred to Truro Junior High School and Saint Mary's became an elementary school. In 1974, the school was sold to the Colchester-East Hants Amalgamated School Board and came under the direction of a lay administration. The Sisters remained in the residence and became involved in the Truro community until 1994, the year which marked the end of the mission. The residence was sold on August 25, 1998. Saint Mary's Elementary School closed in 2008. 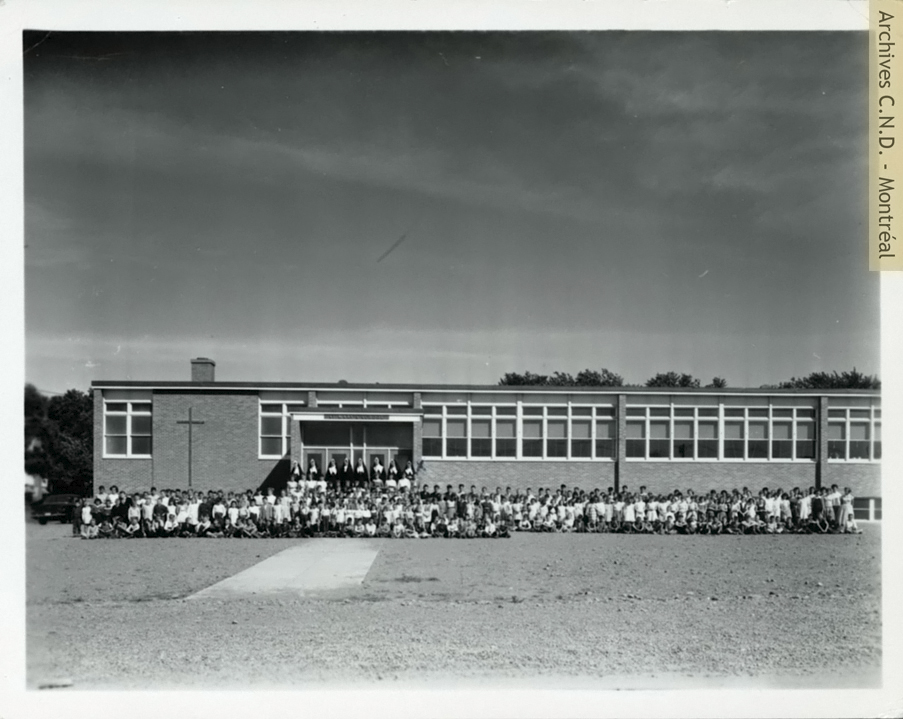 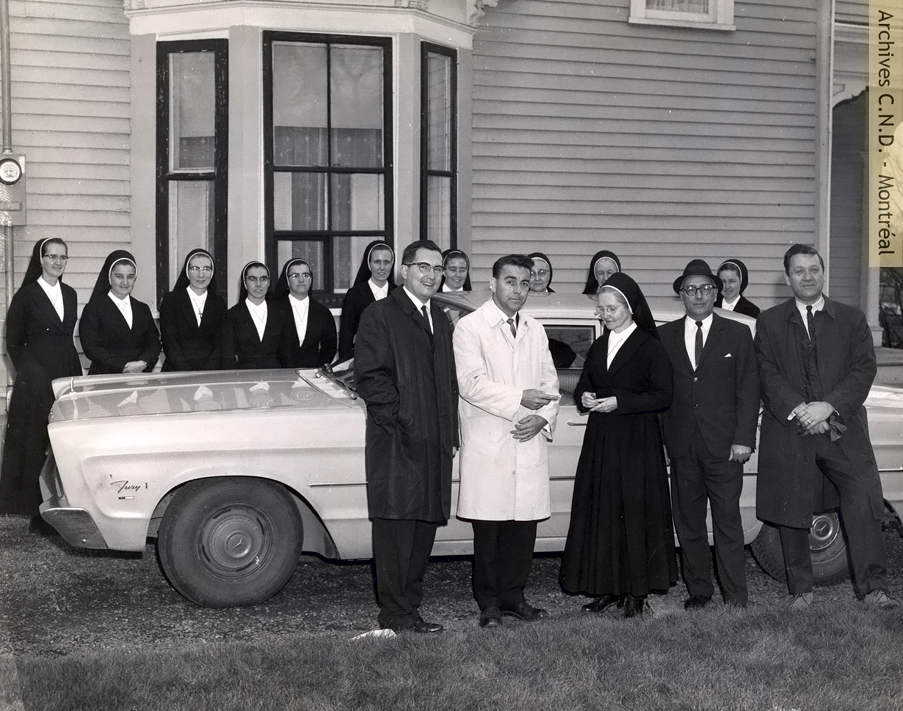 The first car of the Sisters of Holy Name Convent, given to them by the parishioners, Truro, Nova Scotia, [between 1966 and 1968].

The first car of the Sisters of Holy Name Convent, given to them by the parishioners, Truro, Nova Scotia, [between 1966 and 1968].