In 1876, at the request of Monsignor Peter MacIntyre, Bishop of Charlottetown, the parish priest of Souris, Father Donald Francis MacDonald, began planning the construction of a convent school for the Sisters of the Congrégation de Notre-Dame in his parish. The religious community provided the plans for the building. The four-storey brick building was constructed on Longworth Street on a lot near the church belonging to the parish. It was opened to boarders and day students in September 1881. Ready to welcome them were the Superior, Sainte-Cornélie (Marie-Léa Lord) and her companions, Sisters Saint-Thomas-de-Cantorbéry (Marie-Julie-Elizéas Pépin-Laforce), Saint-Eugène (Marie-Clémence Volant-Dechamplain) and Sainte-Marguerite-du-Sacré-Cœur (Mary Margaret Dunn). In 1906, the government of Prince Edward Island took control of the school. The Sisters were required to obtain licenses to be able to teach. Before his retirement 1919, Father Ronald B. MacDonald had a wing added to the convent. The 1930’s saw a few boys enrolled in some of the classes. The Social Club was established in 1934. In 1955, the Souris Regional High School opened its doors. Grades11 and 12 were transferred there right away while grades 9 and 10 were transferred later. Instruction was given by both Sisters and lay teachers. Saint Mary’s offered only elementary level education. During the 1960’s, the school no longer received boarders. It was closed in 1968, but served as residence to the Sisters who taught in public schools like Souris High School Consolidated, Souris Elementary School, Rollo Bay Consolidated School and Montague Regional High School. In 1970 the community bought property and built a new residence into which the Sisters moved in 1971. The main building of the old convent was demolished in March 1972 but the wing was kept to serve as a youth centre. The 100th anniversary of the mission was celebrated in 1981. In the 1980’s, fewer Sisters devoted themselves to teaching. They became more involved in pastoral and community ministries, which included such things as teaching catechesis, visiting the elderly and serving on various committees. For instance, beginning in 1986, they organized days of recollection and retreats for adults. In 1991, the residence was put on sale and the Sisters rented a house in Chepstow, until the mission was closed in July 1993. The property was finally sold in 1995. 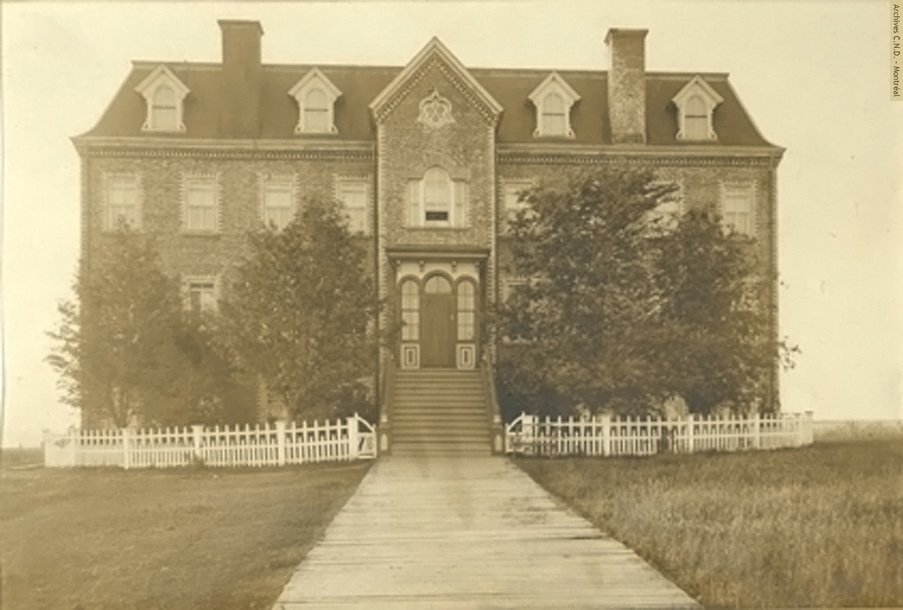