The mission in Newcastle, which became The City of Miramichi in 1995, began on October 29, 1869 at the request of the Most Reverend Rogers, Bishop of the Chatham Diocese. The journey to Newcastle was long. Sister Saint-Stanislas, Superior (Odile Montpetit named Potvin) and Sisters Sainte-Éléonore (Marie-Julie Kemner named Laflamme) and Sainte-Béatrix (Mary Catherine Purcell) travelled from Montreal to Québec City to board the Steamboat that would take them to their new home, a small white house on the hill which had been built as the presbytery next to the church. A Catholic way of life was still not well established but the mostly Irish parishioners in Newcastle were determined to live their faith.

On the first day of school twenty-five students arrived at Saint Mary, situated in a small building on the corner of Campbell and Hanover Streets. School concerts and pageants delighted the parents and demonstrated the teaching abilities of the teachers and the talents of their students. In 1873, the Sisters left the house on the hill because it had become too small. Moreover, the Intercolonial Railway was being built on the convent’s land. The Sisters moved into Hobart House, one of the city’s finest houses. This larger residence was better suited to the five Sisters who, from 1875, taught over one-hundred students. In addition to providing general instruction, they also taught piano, singing, and several types of decorative arts. In 1895, the Sisters took possession of their new convent which was located on the corner of King George Highway and Prince William Street and contained the boarding school and High School. This beautiful building, built according to the plans of two Sisters and thanks to Bishop Rogers, included six classrooms, two large dormitories, a chapel, a music room, a reception hall as well as a dining hall and every other commodity. This architectural success, a source of pride for the Sisters, was completely destroyed by fire on the night of February 26, 1924. This, however, did not discourage the Sisters who, one month before the fire, had opened a primary school, Saint Mary Parish Elementary School, also affiliated with the convent. The High School students were transferred to this primary school. Some time later, the parish offered them Stables House (Villa Teresita), on King George Highway, where they organized the boarding school and their residence. A business course was also begun at the end of the 1920s. The 60th anniversary of the convent’s foundation was celebrated on August 20, 1930. In the summer of 1931, construction work began under the supervision of J.S. Roy of Moncton.

Opened in September 1932, the new building remained affiliated to Stables House and contained the High School and Sisters’ residence. At that time there were eleven Sisters in Newcastle, twenty-five registered students from Grade 9 to Grade 11 and twelve students in business studies. Women’s associations, such as, the Canadian Women's League, the Alumni Association and the Congregation of the Children of Mary were very active in the parish and within the school of the Congrégation de Notre-Dame. They offered scholarships of merit to the students who excelled. On June 12, 1936, examiners from Quebec’s Music Academy evaluated four Newcastle students, who completed the examination successfully. The 1937 school year was postponed until mid-October due to an outbreak of infantile paralysis. In 1939, registrations numbered thirty boarders and three-hundred day students.

Canada’s entrance in the war had a great impact. The young men from Newcastle and its outskirts enrolled in the war effort while the young women began studying nursing in order to travel to Europe to help the troops. Many concerts and recitals were organized at the school for various celebrations. In 1953, the Sisters established Saint Joseph School and, in 1956, Nelson Elementary School in South Nelson. Three years later, Saint Mary Elementary School became a public school. The Sisters continued to teach in Nelson Elementary School, Saint Joseph School (a school of the Newcastle School System) as well as in Harkins and Miramichi Valley High School. 1967 marked Saint Mary High School’s last graduation. The following year the building was transformed into a Sisters residence which included offices, conference rooms and class rooms for religious studies. Saint Mary’s centennial was celebrated in October 1969. In 1970, Stables House was demolished. In 1977, the Sisters began consultations concerning Saint Mary's Renewal Center, which was begun in 1978 and was located on the top floor of the convent. It had a spiritual orientation and offered retreats to parishioners and students.NB: This text was written using documents found in the archival holdings in our possession and does not constitute a complete administrative history of the teaching establishment. 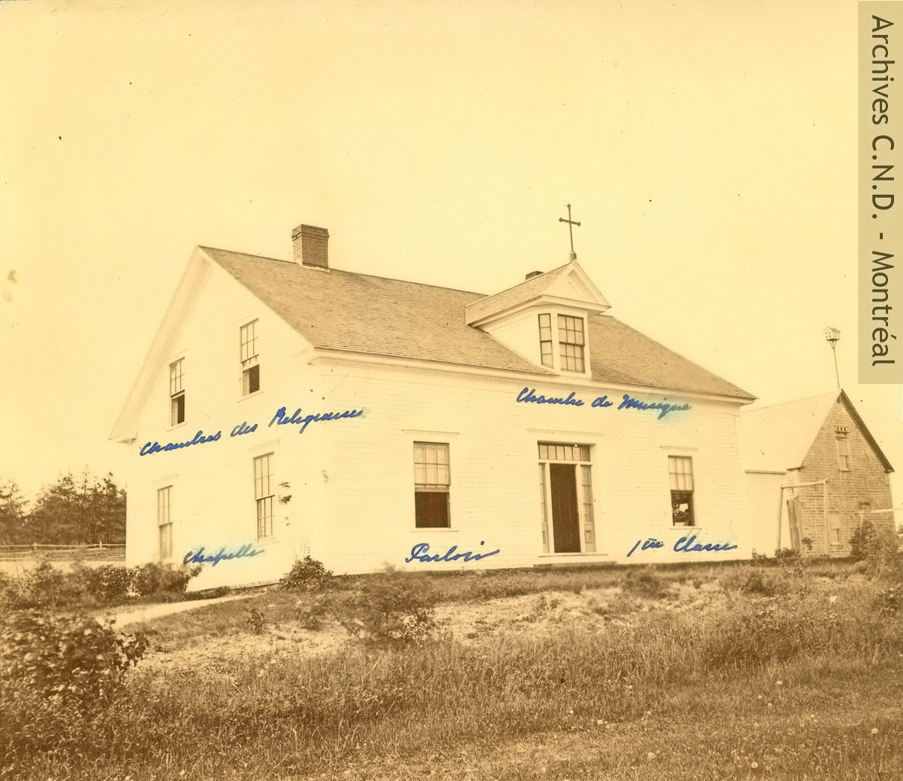 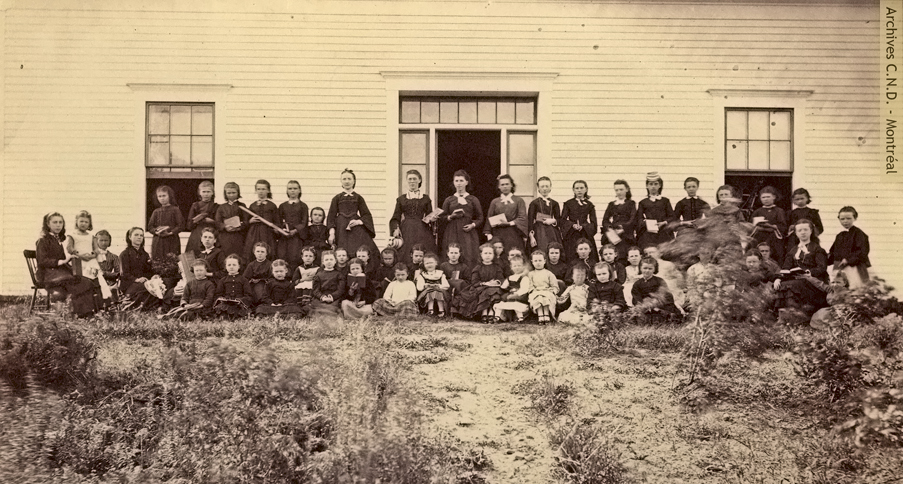 Dernière adresse : At the corner of Campbell Street and Hanover Street

Dernière adresse : At the corner of King George Highway and Nelson Street