In 1893, a French-Canadian parish, Saint-Louis-de-Pullman, was established in Chicago. That same year, the Sisters of the Congregation arrived in the parish to provide primary school education in a room in the attic of the presbytery. Eighteen months later, this space became too small and a school was built. It was a two-storey wooden house constructed on the land next to the church. In March 1895, there were three classes for fifty-eight boys and twenty–five girls. The founding Sisters were: Sister Superior Sainte-Marie-des-Chérubins (Herménégilde Lemieux), Sister Sainte-Stéphanie (Marie-Angélique Côté) and Sister Sainte-Flore (Marie-Émilie Marchand). In February 1901, a fire caused considerable damage to the building. This incident, combined with the parish’s financial problems, forced the Saint-Louis mission to close after eight years. The Sisters of the Congregation returned to Montreal in May 1901. On September 4, 1904, Saint Louis Academy was reopened in a different area, at the corner of State and 117th Streets. In the first month of school, two hundred students registered and the Sisters received five boarders. From 1918 to 1924, the building was renovated: electricity, an oil-based heating system and hot water were installed.

In 1926, fourteen Sisters were employed by the school and over three hundred and fifty students were registered. Fifty-two were in high school, thirty-four were in the Business Programme and fifty-eight were boarders. That same year, five high school students and thirteen business students received their diplomas. In 1929, a psychology course was offered to the Sisters and to thirty-six high-school students. During the 1940s, the number of students increased considerably. In 1943, the boarding section closed because the Sisters required more classrooms. In the 1950s, there were three-hundred girls from forty-three parishes and thirty different nationalities. At that time, a year-end bulletin, The Academic Log, and a school newspaper, The Louisian, were published. In December 1958, a fire destroyed Our Lady of the Angels School in Chicago. Ninety people were killed and several injured. In January 1959, the Chicago Building Inspection Department went to Saint Louis Academy to ensure the school’s security. Because the building was judged unsafe, the inspector declared that the school needed to be renovated or evacuated at the end of the school year. The parish decided to close the school in June 1959 as it could not finance the renovations. 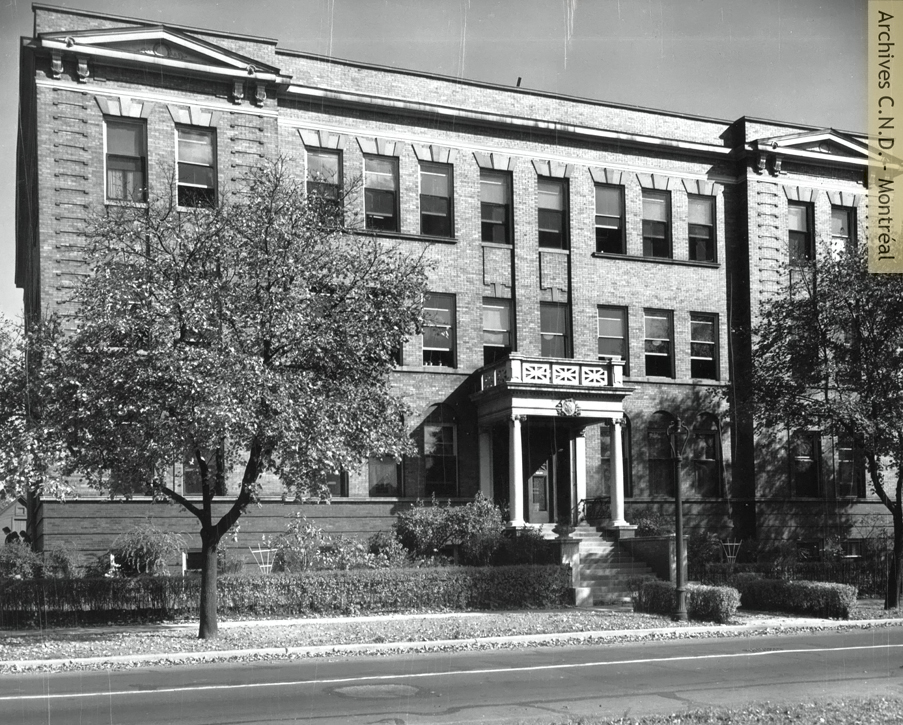