In 1865, Father Côté, pastor of Bourbonnais, asked the Congrégation de Notre-Dame to send sisters to teach the young girls in Kankakee, Illinois. The request was accepted with the condition that a residence be built for the sisters. Motivated by Father J. Langlois, pastor of Kankakee, the parishioners prepared the residence for the founding sisters; Sister Sainte-Émélie (Catherine Rourk), Director, and Sister Sainte-Marie-Auxiliatrice (Marie-des-Neiges Desruisseaux) moved into the wooden convent in August of the same year. One month later, the sisters opened the school and received about one hundred students, of which many were Protestant. The first years were marked by hardships; lack of food and very difficult living conditions affected the health of the sisters’. To meet the needs of an ever increasing student population, a piece of land adjacent to the convent was bought by the Congregation in 1868 and the following year a new convent was built on West Merchant Street. The sisters began teaching catechism to the boys of the parish in 1869 and opened a boarding school for girls in 1871; Sister Saint-Alexis-de-Saint-Joseph (Marie-Marguerite Beaubien) was named Superior. In 1874, the convent was incorporated by the State of Illinois under the name Saint Joseph Seminary; this enabled the sisters to grant diplomas to the graduating students.

In 1894, there were seventy-eight registered boarders. To meet the new demands, the convent was expanded in 1905. The Alumni Association was established in 1910 and about two hundred and fifty members attended the first meeting. For the 50th anniversary of Saint Joseph Seminary in 1915, the alumni organized various celebrations. That same year the school became affiliated with the Catholic University of America in Washington, D. C. and was accredited by the University of Illinois. In 1917, the sisters welcomed boys from Saint Rose of Lima School. In 1928, because of the lack of space, the parishioners built a school at their own expense; six sisters were employed as teachers. Because the parish did not have a Catholic kindergarten, in 1950, the Congregation set up a daycare. The following year, Saint Martin of Tours Parish opened an elementary school. Four sisters of the Congregation were employed as teachers and they lived at the convent. Saint Joseph Seminary closed in 1964 and merged the following year with Saint Patrick Central High School for boys and became Bishop Martin D. McNamara High School. During the year 1967, the sisters of Saint Joseph Convent temporarily moved to the former residence of the Saint Mary Hospital nurses while a new convent was being built for them. The following year, they moved to the residence on South Fourth Avenue. Saint Joseph Seminary was demolished in 1971 and the sisters continued to live in their residence until it closed in 1974.NB: This text was written using documents found in the archival holdings in our possession and does not constitute a complete administrative history of the teaching establishment. 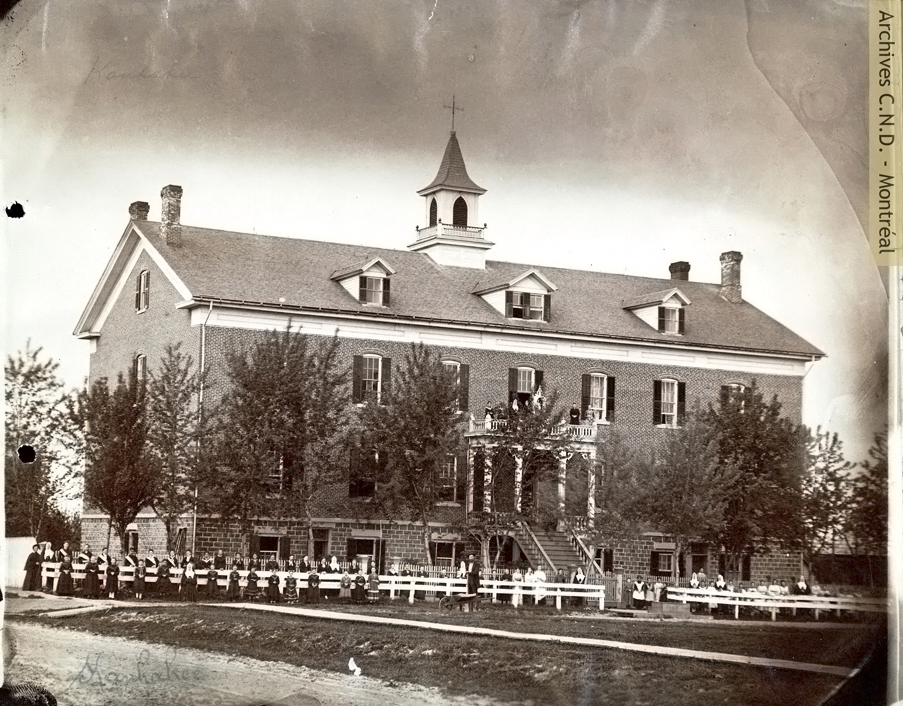