In 1955, Bishop John R. MacDonald of Antigonish and Roderick Colonel MacLeod, pastor of Port Felix, asked the Congrégation de Notre-Dame to send sisters to provide education to the children of the town of Port Felix, Nova Scotia. On August 22, 1956, three sisters arrived to establish a residence and a French school. They were: Sister Saint Magdalen of Mercy (Mary Glinsky), superior and director of the school, Sister Saint Alexander (Mary Agnes MacLellan) and Sister Saint Marcia (Angelina Vallas). On September 6, 1956, fifty-six students enrolled in the school in Port Felix. Because the one-room school house was too small, it could only receive grades 3 to 6 and grade 10 students. Grades 1 and 2 students received their courses in the sacristy of the parish church. In addition to teaching the town’s children, the sisters of Saint Joseph School organized extra-curricular activities. Hence, when the school opened, a choir to sing in the church of Port Felix was established. The town was represented annually at the Canso Music Festival. Furthermore, several concerts were prepared for different celebrations such as Christmas and Saint Patrick’s Day. The sisters also were involved in the town’s community life. They began giving catechetical classes in the towns of Queensport and Whitehead and started many associations such as the Teacher’s Study Club. They were members of Saint Anne’s Society, created an education week and participated in numerous conferences held in the neighbouring towns or in larger centres. The sisters also visited the elderly and the poor.

In 1957, an influenza outbreak affected the town and forced the school to close for twelve days. Also in 1957, the increasing student population and the school’s limited space prompted the construction of a new and more modern school which opened on February 24, 1958. The building comprised two very large classrooms, a cafeteria and a small library. Other improvements were made in later years. In 1959, a fence was erected around the school. 1969 saw certain changes in the Port Felix community. With the beginning of mail distribution in rural areas, communication with the outside became easier. Also, for the first time in the history of the mission, the position of the teacher who taught singing was made full-time. In December 1970, because of a general electrical blackout, Midnight Mass was cancelled. High winds damaged electrical installations all over town. That same year, the question of merging the schools in Port Felix and Larry’s River arose. In 1971, the school and convent in Port Felix permanently closed. 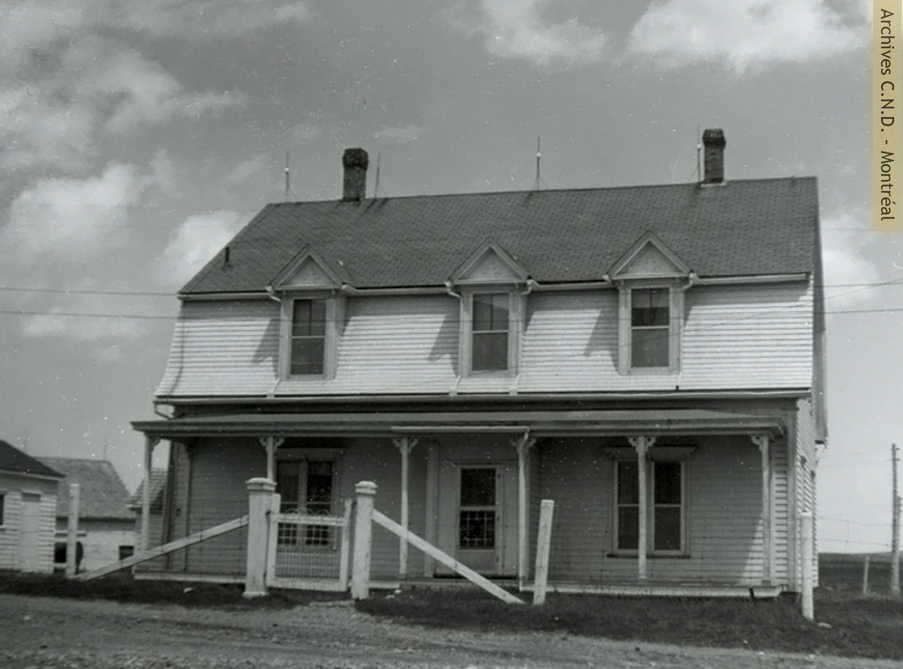