On August 15, 1956, after five years of procedures and anticipation, Granby’s English-speaking Catholic community obtained a place where classes were given in English. The classes of Our Lady of Good Counsel Convent were temporarily held in Notre Dame School, located on Principale Street. When it first opened, it received one hundred thirty-three students from Grade 1 to Secondary 3. The five Sisters who founded the school were: Mother Superior Sainte-Béatrice (Mary Agnes Dunne) and Sisters, Saint-Aldric (Helen Fréchette), Saint Columba of Iona (Margaret MacNeil), Saint-Raymond-de-Jésus (Ellen Tapper) and Sainte-Véronique-de-la-Sainte-Face (Margaret Wattie). In 1958, the convent changed its name and location. It became known as Saint Patrick’s School and was moved on Dufferin Street. Providing the municipality of Granby with a modern building was an important achievement. The façade had a mosaic representing Saint Patrick by the renowned artist Alfred Pellan. In 1962, an annex was added and the main building was renovated. In September 1969, when Massey-Vanier Comprehensive High School opened in Cowansville, the secondary school students left Saint Patrick’s. The Sisters of the Congregation who taught them went with them. Saint Patrick’s became an elementary school. Around 1970, Granby saw its number of English-speaking students decrease. In 1974, there were only three Sisters of the Congregation working in Cowansville and living in Granby. On April 20, the Sisters obtained permission to close their residence because, unable to recruit other Sisters the rent was too high. They were sent to other schools of the Congrégation de Notre-Dame in Montreal. In June of that year, Saint Patrick’s parish organized a farewell supper in honour of the Sisters’ eighteen years of service in Granby. 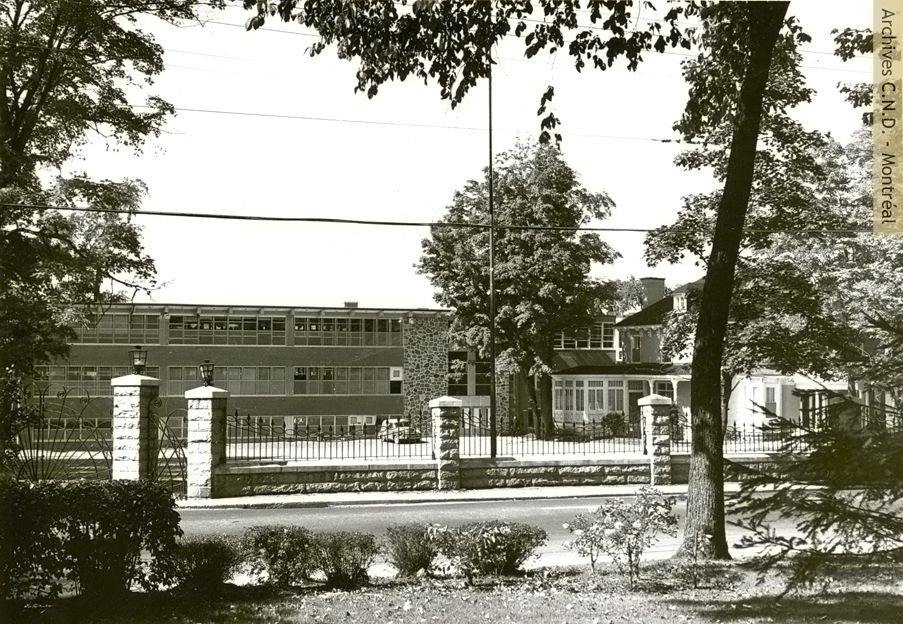