The Sisters of the Congrégation de Notre-Dame arrived in Kingston on November 21, 1841. They established their very first mission in Ontario and, by the same token, one of the first English schools: Notre Dame Convent. In 1967, after over one hundred twenty-five years, the convent closed and the two oldest teaching institutions in Kingston were merged. Bishop J. L. Wilhem announced the creation of Regiopolis-Notre Dame High School. Regiopolis, a Jesuit school for boys (1837) and Notre Dame, the Congregation’s school for girls (1841) were joined.The convent’s teachers were integrated with the staff and the students were received in the classrooms of Regiopolis School, situated on Russell Street. Sister Saint Alice of the Angels (Kathryn Quigley) became director of the girls’ section. The teaching staff was made up of seven Jesuit priests and seven sisters of the Congregation.

n 1969, the sisters permanently left their residence in Notre Dame Convent and moved to a new house on Wright Crescent, Kingston. In addition to academic courses, the new school also offered students choir and music classes. The students participated in several extracurricular activities, such as the Glee Club. The sisters were very involved in Kingston’s community life. For example, they frequently visited inmates in Joyceville Penitentiary. In 1971, because of decreasing numbers, the Jesuits left the school. In the same year, Frontenac Lennox and Addington Catholic Separate School Board announced that it would direct the grade 11 to grade 13 classes. The sisters continued to teach and participated in the administration of the school.During the 1970s, the building which housed the school became ever-more rundown and too small. It was thus decided that a new school would be built on the land on Russel Street. In September 1977, the new Regiopolis-Notre Dame High School was inaugurated. On October 30, 1977, an official opening ceremony was held. At the beginning of the school year, the modern building received eight hundred young men and women.In 1983, the sisters permanently withdrew from teaching there and their residence became a retirement home for the sisters. As of November 2014, the school was still active and had taken the name Regiopolis-Notre Dame Catholic High School. 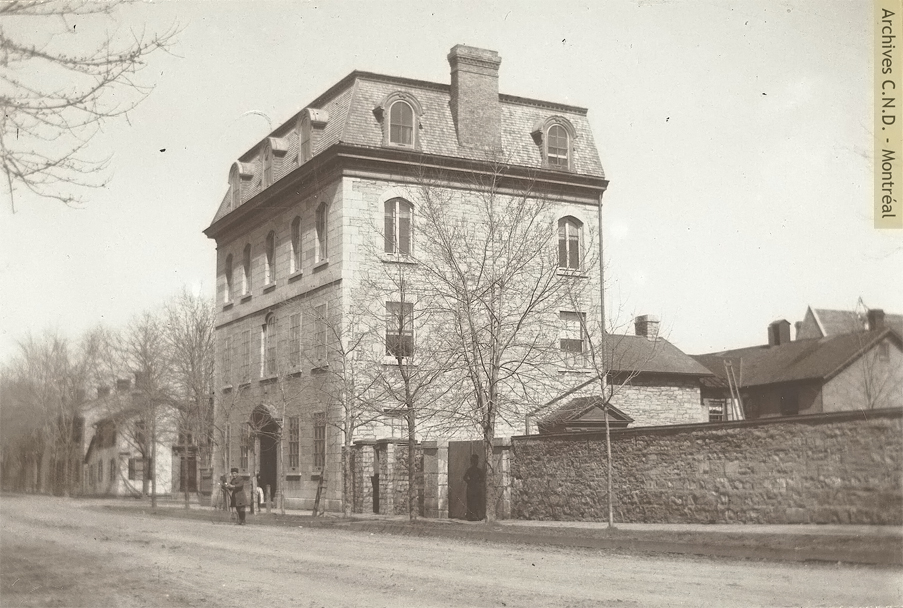