In 1865, at the request of Bishop Horan of Kingston, the General Council agreed to send sisters to Williamstown. The ministry of Sister Sainte-Thècle (Catherine Phelan), the superior, Sister Saint-Édouard (Theresa McCormick) and Sister Saint-Henri (Julie-Adéline Levitre) was to teach in the convent-school, an isolated building in Ontario’s open countryside. Their boarders came from everywhere: Williamstown, Montreal, Cornwall and from places even further away such as Boston. While the parish had a high school, only the convent-school offered French classes and arts courses such as drawing, music, painting and embroidery in addition to the regular program. Around 1877, there were more than fifty boarders. The convent-school in Williamstown was progressing well, until 1892, when an enormous arson attack broke out. The sisters awoke at two in the morning; their residence was already in flames. At four o’clock, it was all over. Other than a few items from the sacristy, the fire destroyed everything: the dormitories, classrooms, workshops, everything. A man, angry with the sisters’ neighbour, set fire to the shed separating his house and the convent-school. His intention was to burn down his adversary’s house, but it was the sisters’ that was ravaged. Devastated but determined, the sisters immediately made plans for the convent-school to be rebuilt in the same place as soon as possible. The plans were completed quickly. However, because of a misunderstanding, construction was postponed to the following spring, at which time, nothing happened once again. The project was cancelled. On November 12, 1892, the sisters and their students transferred to the Pointe-aux-Trembles Convent-School in Montreal, where, at that time, the very large house only had a few boarders. 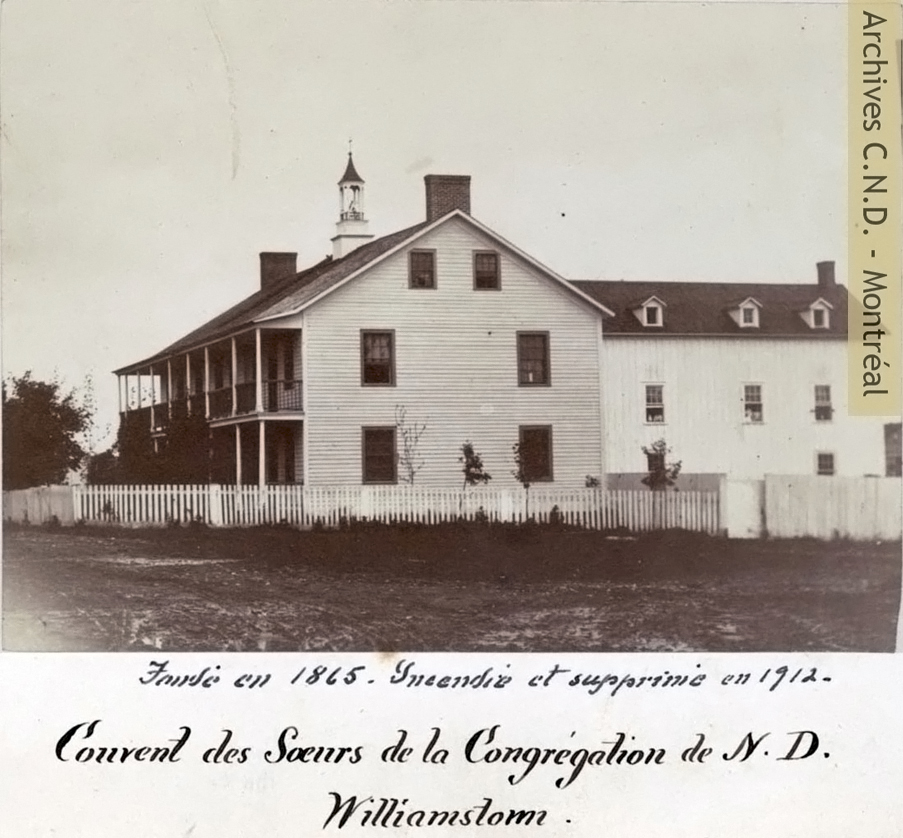