In 1932, some students showed interest in pursuing higher education after their years in boarding school at Notre Dame Convent in Ottawa. Because the Convent had been affiliated with the University of Ottawa since 1911, the Sisters of the Congregation asked authorization from the University to offer the courses required to obtain a Bachelor of Arts degree. Oblate Father Gilles Marchand, Rector of the University, approved the initiative and three young women began their studies. Following this positive experience, Notre Dame College officially opened its doors on September 12, 1933. The programme lasted four years and was offered in both French and English. Twenty-seven students, some of them boarders, registered the first year. The College occupied the first floor of Saint Joseph House, formerly Soper House, on the corner of Metcalfe and Napean Streets. The academic programme was made up of courses in literature, rhetoric and philosophy. In 1945, the Alumni Association was established. In 1946, Sister Sainte-Thérèse (Thérèse Paquin) gave the Lemieux House on Elgin Street, which she had inherited, to the Sisters of the College. In 1948, the community purchased the Rogers House, situated on Elgin Street, which became the exclusive residence of the College. In 1951, a new Bachelor’s degree in Social Sciences was offered. As of the 1952-1953 school year, the College and the boarding school were completely separated. Sister Saint-Georges-Marie (Mary Catherine Camden) was the Superior. As of 1956, it became an English language College. French language resources were used to begin a new school of Domestic Sciences within the University of Ottawa. The French speaking students who wanted to pursue their Bachelor’s degrees in French were invited to attend the collège Bruyère, also affiliated with the same University. In 1957, a new programme was offered – Bachelor of Arts with a Certificate in Secretarial Sciences. In 1959, the College closed to lay students when the General Council designated it as the English language Juniorate. 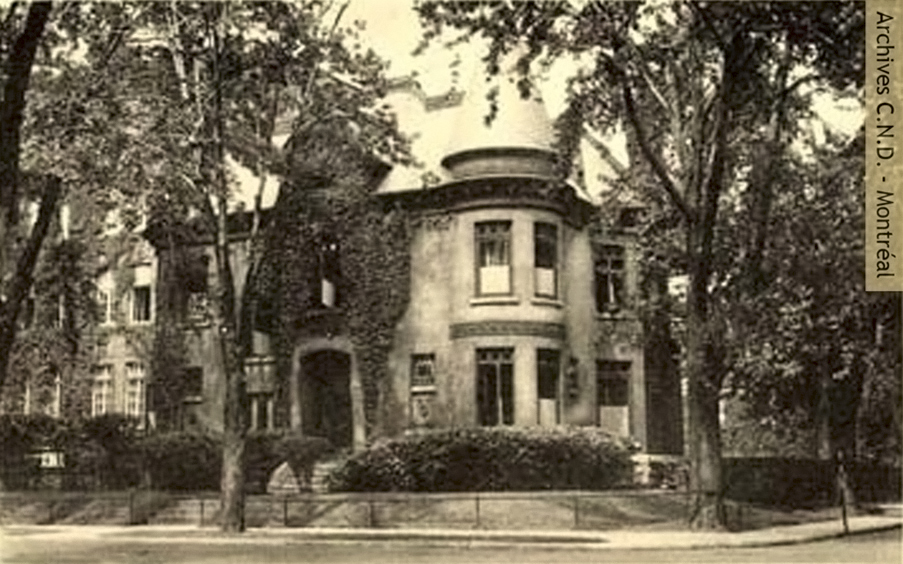