On April 23, 1923, an agreement was reached regarding the construction of a new two-storey school in Beauport-East. The old school standing in that location was demolished and was replaced by a more modern building on Royal Street. At the request of Father Omer Plante of Beauport and Mr. Wilfrid Grenier, director of the School Commission, the Congrégation de Notre-Dame sisters arrived to provide education. The new building was named Tremblay School, in honour of Father Grégoire Tremblay, who had been the parish priest of Beauport from 1858 to1884. Sister Saint-Marcel-de-Rome (Marie-Louise-Apolline Pineau) and Sister Saint-Alphonse-du-Rosaire (Amélia Hébert) were selected to teach in Beauport-East. On September 17, 1923, the school received boys and girls from grade 1 to grade 6. The teaching sisters lived in the Beauport Convent and were driven to and from the school at the expense of the School Commission. In 1924, there were fifty students enrolled in the two-classroom school. In September 1940, a third classroom was opened and was taught by a lay teacher.

From 1943 to 1944, the school’s second floor was renovated to make room for two new classrooms. Soon after, Tremblay School housed six classrooms. Several religious events took place at the school. Indeed, from 1943, the large school hall served as a chapel for the residents of Beauport-East. In 1946, the hall became the sanctuary for Sunday Mass. The school also faced several epidemics. In January 8, 1946, two classes were closed because of an influenza outbreak. On February 22, 1946, the sisters averted tragedy when they sent the students home because the furnaces had broken down. A few hours later, the school furnace exploded. The following September, the beginning of the school year was postponed because of a poliomyelitis epidemic. Finally, on March 6, 1950, three classes were closed for two weeks because of an outbreak of the mumps. On September 26, 1948, Saint-Thomas-de-Villeneuve Parish was canonically erected. While the new church was being built, the school served as the official chapel of the parish. In 1951, the municipality of Beauport-East was renamed Villeneuve. That same year, the School Commission decided that boys from grade 3 to grade 6 would be separated from the girls. They were therefore sent to classrooms specifically built for them in the Saint-Thomas-de-Villeneuve Church basement. The School Commission then decided to build a new and larger school with a residence for the sisters. In 1953, this new school, named Marguerite-Bourgeoys School opened in Villeneuve. The sisters left Tremblay School, which became a school exclusively for boys. 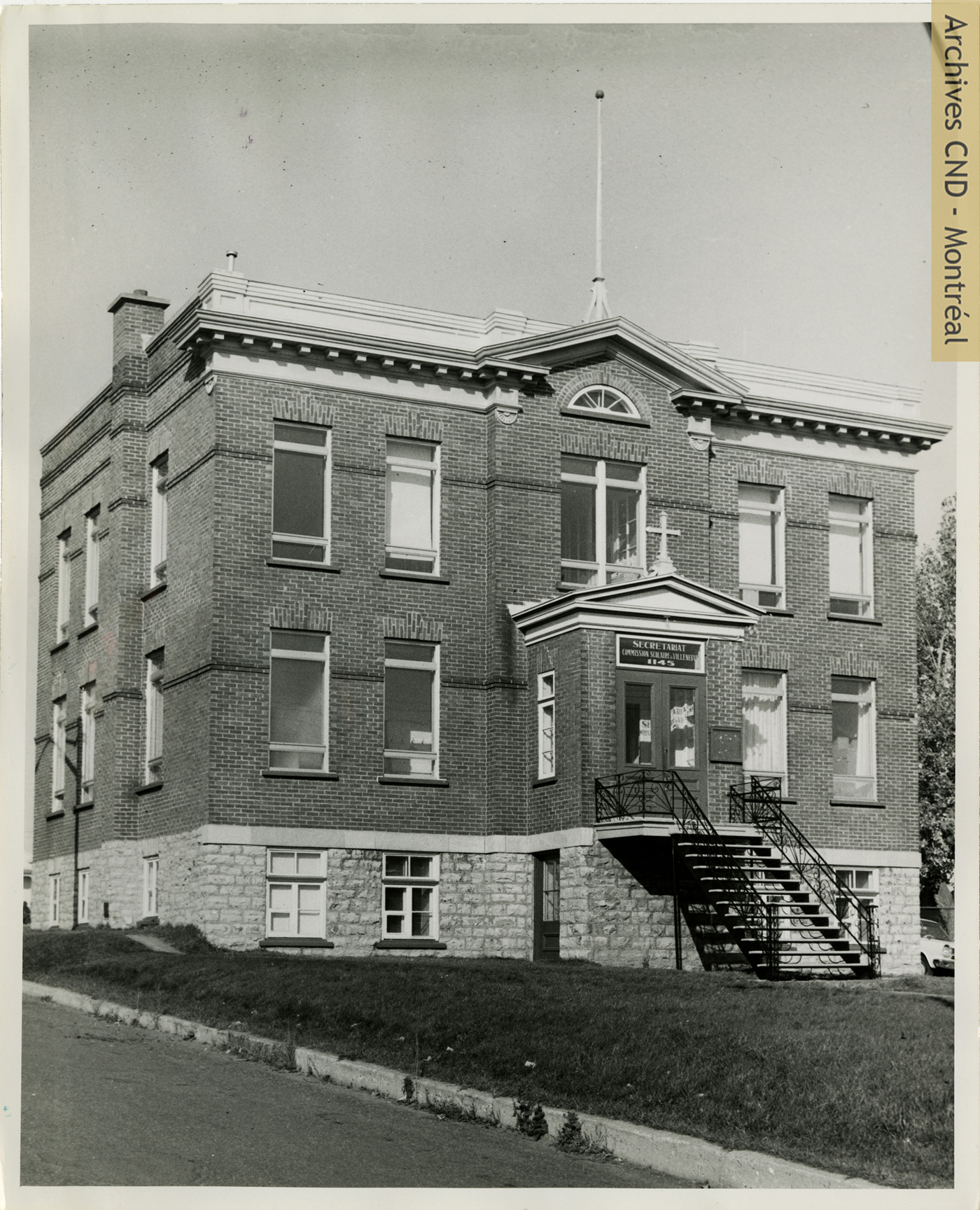