In the spring of 1960, the Montreal School Commission announced the closure of Bourgeoys Academy and the transfer of the sisters to Souart High School, located two streets away in the same Sacré-Cœur-de-Jésus Parish. Souart School, located on the corner of Papineau and La Fontaine Streets, provided Grade 8 to Grade 12 education to young women. The numerous founding sisters were under the direction of Sister Saint-Charles-Garnier (Simonne Couillard), Superior. To help fulfill the mission, the sisters were accompanied by some thirty lay teachers and many collaborators. The school was named in honour of Gabriel Souart, one of the first four Sulpicians named to teach in Ville-Marie. Before becoming Souart High School, the building had served as a school for physically challenged children. It was called Victor Doré School. Victor Doré, the president of the School Commission, was a spokes-person for causes concerning handicapped children. The school received Bourgeoys Academy’s higher level classes.

The school’s façade, a very attractive classical academic architectural composition from 1916, was designed by Joseph-Omer Marchand, the first Canadian architect to graduate from the Beaux-arts School in Paris. The north wing, built in 1953, is named after Victor-Doré. The sisters’ residence, a building from 1918, was located just behind the school on Champlain Street. On the first day, the school received six hundred students from twenty-four neighbouring parishes. In April 1963, a Parent-Teacher Association was organized to: promote a complete and comprehensive education for young people, make parents aware of their priorities and responsibilities, and strengthen ties between parents and teachers. The 1960s brought about important changes and milestone events such as a teachers strike and Expo 67. In 1968, in response to the sisters’ requests, the School Commission renamed the school Gabriel-Souart High School. The school year, which ended in 1975, was the sisters’ last year at the school. In 1981, the school was renamed Garneau School. 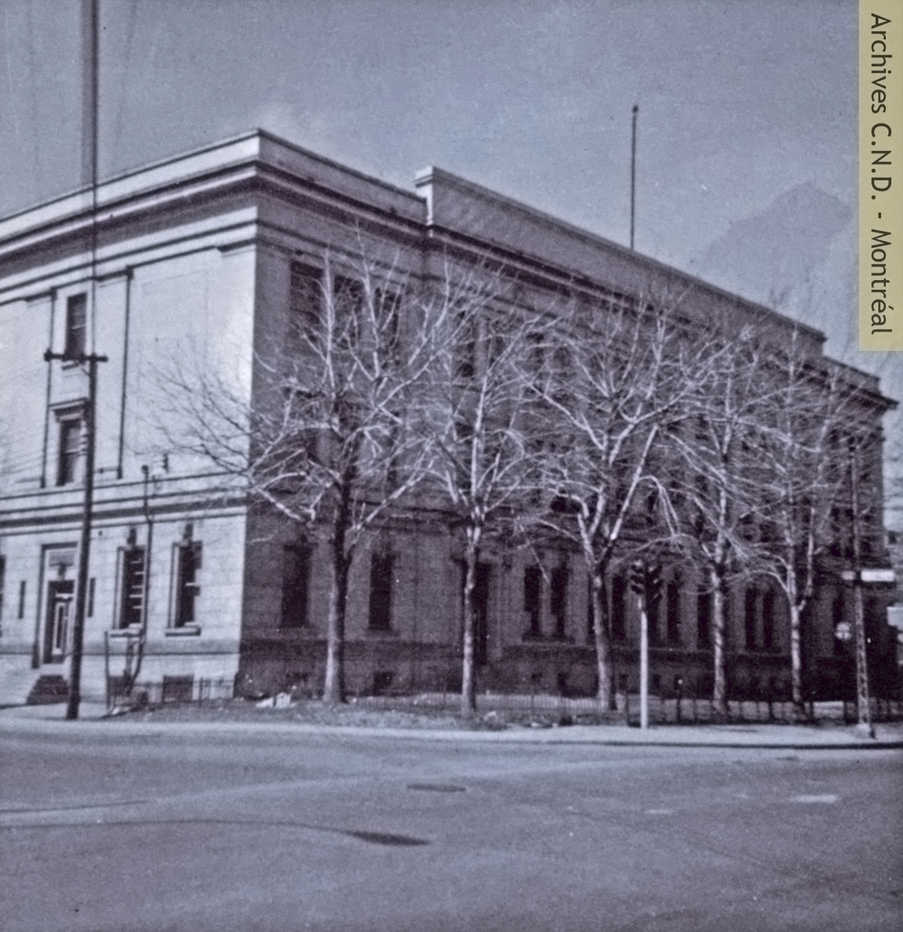