In April 1913 Sister Sainte-Marie-Joséphine (Marie-Thaïs Choquette), the newly elected Superior General of the Congrégation de Notre-Dame, acceded to Father J. E. Brien’s request to take on the direction of Sainte-Philomène School. Sister Saint-Honoré (Marie-Joséphine-Noémie Primeau) founded this house and was its first Superior. She was accompanied by Sister Sainte-Marie-Albine (Alice Boivin). On May 26, 1913, they arrived at the mission in the Sainte-Philomène de Rosemont parish in Montreal. The building at 5471 5th Avenue and the adjoining residence were the property of the Rosemont School Commission, which became part of the Montreal School Commission on March 13, 1916. When it opened in September 1913, the school numbered eleven teachers, of which six were Sisters, and two-hundred-sixty students in seven classes. From 1915, Sainte-Philomène School provided le cours modèle (Grades 5 and 6) and, from 1916, le cours académique (Grades 7 and 8). In 1933, the school was twice awarded the Silver Cup for highest achievements in the instruction of English using a gramophone in Grades 3 and 4. During the second Congrès de la Langue française in Canada, held in Quebec in 1937, the Academy received an honorary diploma as well as a bronze medal bearing the likeness of the Superintendent of Public Instruction, Cyrille F. Delâge. On October 30, 1970, the school was renamed Claude-Champagne. On June 30, 1981, the Sisters permanently left the school. As the fonds’ documents show, the school was known by several names: Rosemont, Sainte-Philomène-de-Rosemont, Sainte-Philomène. This last name is the one most frequently used. 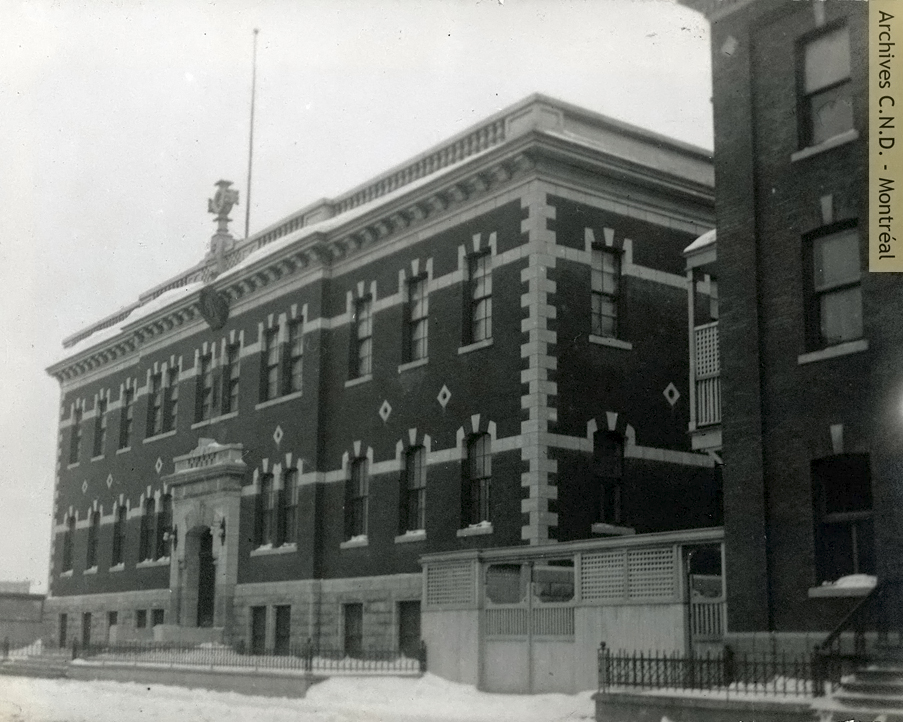 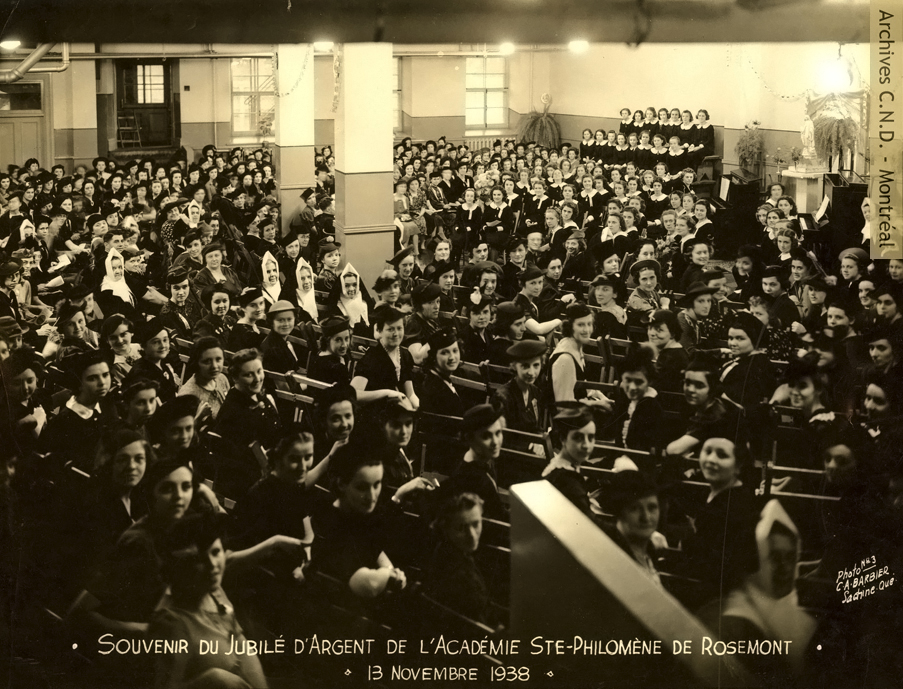