On November 12, 1950, the day of Marguerite Bourgeoys’s beatification, the Saint-Elzéar School Commission’s secretary approached the Congrégation de Notre-Dame to ask if it would agree to teach at Saint-Elzéar School, which had been built that same year. The new building replaced the old one which had become too small and uninhabitable during the winter. The new school comprised four classrooms, a chapel, a parlour, a refectory, a kitchen and five bed rooms. In September 1951, the Council of the Congrégation de Notre-Dame entrusted the convent to four sisters: Sister Saint-Alexandre-de-Rome (Marguerite Bisson), Superior, Sister Sainte-Yvette-Maria (Yvette Cantin), Sister Sainte-Irène-du-Sauveur (Irène Chantigny) and, a native of the parish, Sister Saint-Bertin (Marie-Laure Larochelle). On August 12, the school was blessed by Father Eusèbe Labbé, pastor of Saint-Elzéar. At the beginning of its first school year, the school received sixty-two girls and thirty-three boys from Grade 1 to Grade 9. In 1952, because of a few cases of chickenpox in the classrooms, the Board of Health closed the school during the first three weeks in February. In September 1953, the school participated in a Mass commemorating the three-hundredth anniversary of Marguerite Bourgeoys’s arrival in Quebec; the students sang the Cantique du pèlerin. In the same year, several groups were formed in the school: Société des Anges-Gardiens, Cercle des jeunes naturalistes, Croisade eucharistique and Jeunesse étudiante catholique. In September 1954, the Grade 6 to Grade 9 boys were temporarily transferred to an area especially set up for them in the municipal hall where a lay teacher received them. In December of the same year, the school’s Cercle des jeunes naturalists, under its official name, Les Grillons, received its membership certificate from the Canadian Society of Natural History; twenty–seven students were active in this group.

In 1955, Lieutenant-Colonel Léon Lambert visited the school to talk about road safety regulations. Before leaving, he congratulated the children on their exemplary behavior and mentioned that this was characteristic of the students of the Congrégation de Notre-Dame. In 1959, a Grade 10 class was opened and for the first time the school hired a lay teacher to teach the Grade 3 class. In 1961, the Grade 2 and Grade 3 boys were transferred to a class situated in the basement of the parish hall; it was under the direction of a lay teacher. In 1964, because of the increase in student population, another class was added on the ground floor of the building. In 1965, because of the decreasing number of sisters in the Congrégation de Notre-Dame, the General Council closed Saint-Elzéar Convent. Two sisters temporarily remained at the school and resided in Sainte-Marie-de-Beauce Convent. Hence, Saint-Elzéar School became a branch of the convent until 1969, the year the sisters permanently left the school. 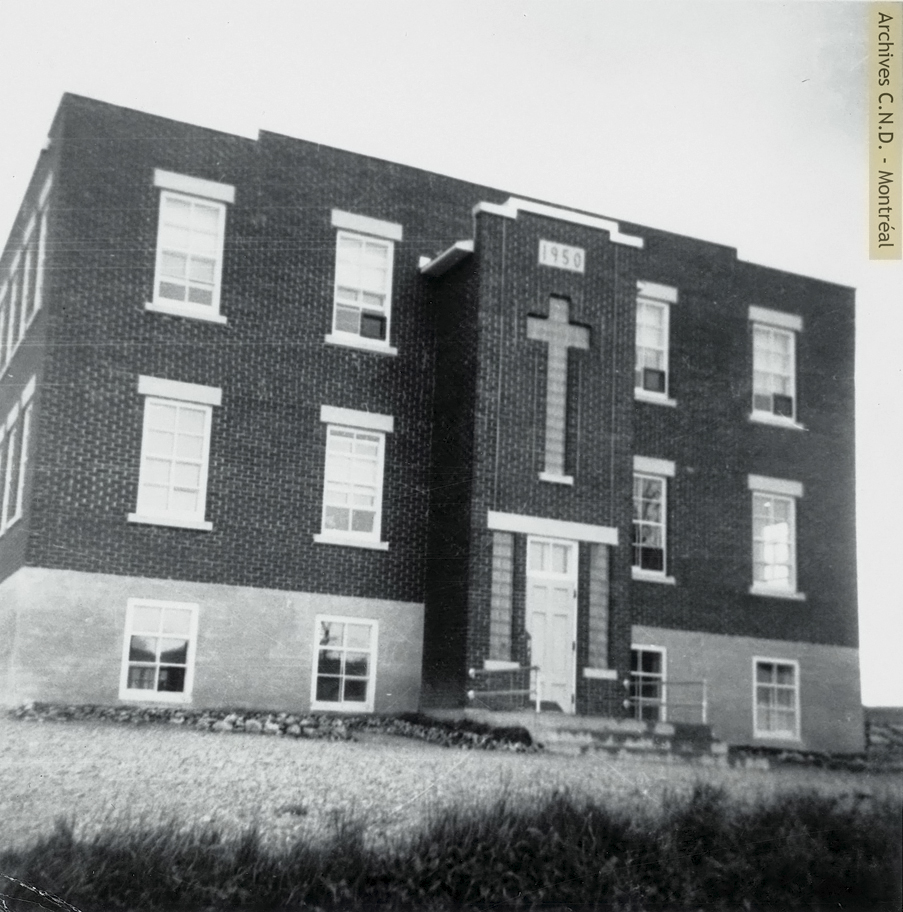