Sainte-Claire School, formerly known as Tétreaultville Parish School, was established in 1907 by the sisters of the Congrégation de Notre-Dame in the sub-basement of the newly constructed church. When the area first began to develop commercially and industrially, it was still surrounded by fields and woodland. The founding sisters, Sister Sainte-Marie-du-Crucifix (Philomène D'Amours) and Sister Saint-Gabriel-de-l'Annonciation (Marie-Antoinette-Adélaïde Watters), came from Pointe-aux-Trembles Convent. For the school year which began on September 4, 1907, two lay teachers were hired to help teach about one hundred girls and boys. Except for the first year of their mandate, the sisters educated only girls. In 1910, the school moved into a two-storey house built by the municipality on Hochelaga Street. The building was divided in two sections: one for the education of boys under the direction of the Frères de Saint-Gabriel and the other for the education of girls under the direction of the sisters of the Congrégation de Notre-Dame. When the school took the name of the parish, it became Sainte-Claire School. In 1915, it came under the control of the Montreal Catholic School Commission. In 1925, branch classes were opened in Saint-Georges School, another school situated in the area. In 1931, Sainte-Claire School was moved to a new three-storey building on Lebrun Street. The sisters lived on Honfleur Street. In 1962, the sisters left the school and education was provided by lay teachers. 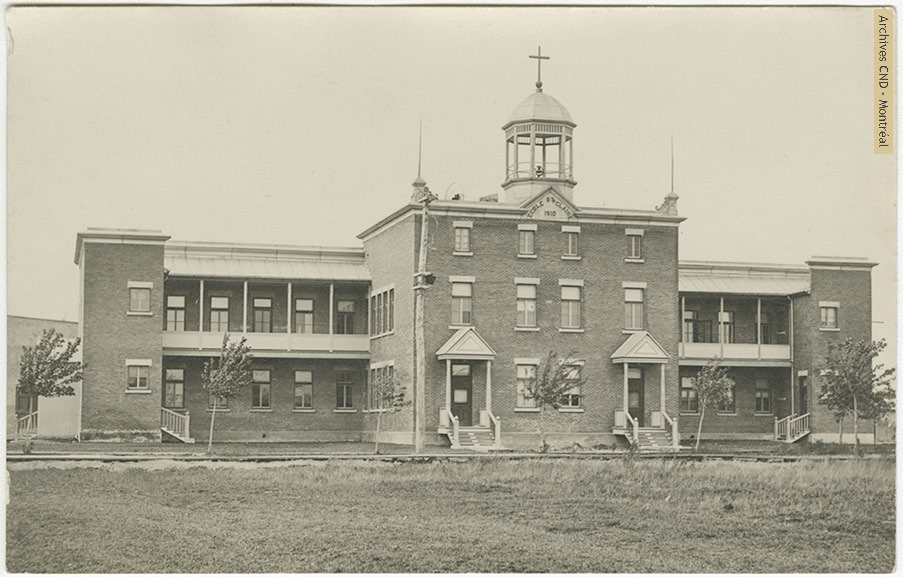 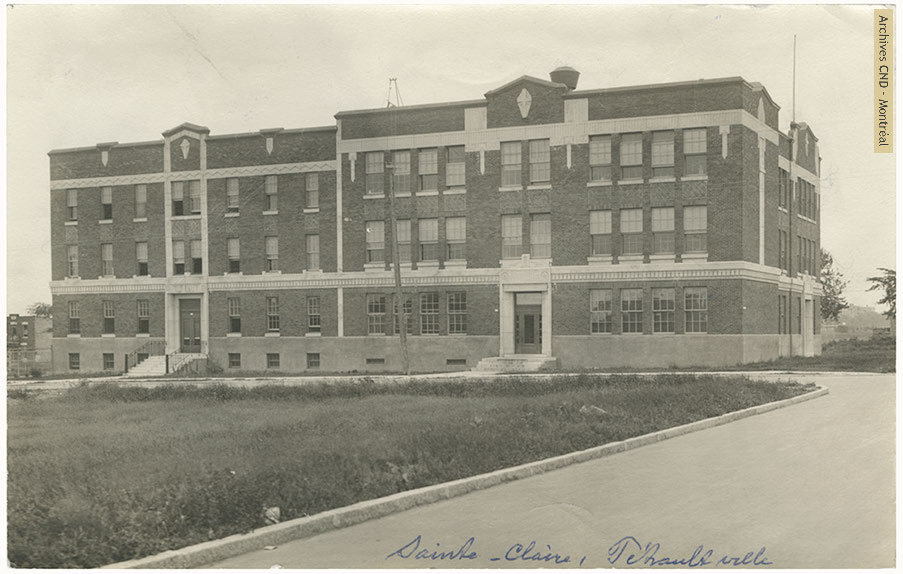