In September 1949, thanks to the support of the minister, Wilfrid Labbé, Notre-Dame-du-Saint-Rosaire School (a branch of Sainte-Victoire Boarding School in Victoriaville) moved into a wing of the former Collège des Frères du Sacré-Cœur on Saint-Augustin Street. It was named Saint-Wilfrid School in appreciation for the minister’s support. It was a parishelementary and high school for girls. From October 1949, Sister Saint-Côme (Berthe-Marie Brosseau) was the director and Sister Sainte-Marie-Anna (Marguerite Durand), her assistant. In 1949, the school offered courses up to and including Grade 9; in 1951, Grade 10 was added; in 1952, Grade 11; in 1959, Grade 12. From November 1954, films were frequently shown for pedagogical purposes. The students enjoyed the monthly screenings of documentaries that were organized by the School Commission. From January 1955, students followed courses in cinema at Collège Sacré-Cœur and commented on the films that were presented.

In May 1957, the first issue of the school’s monthly publication called Voix de l’école Saint-Wilfrid was published. In September 1957, because music auditions were part of the new high school curriculum, the school’s administration purchased a turntable and a number of records recommended by the Department of Public Instruction. The school also acquired twelve type writers and study cards for courses in botany, zoology and biology. In October 1957, influenza caused so many absences that the School Commission closed the school from October 16 to 18. On March 3, 1959, about ten years after the transfer to Saint-Augustin Street, a short-circuit fire ravaged the four floors of a section of the building. Fire and water damage interrupted courses. The School Commission promised the sisters a new school. Bois-Francs Regional High School for girls was completed three years later, in 1962. On June 22, 1962, Saint-Wilfrid School closed. The sisters who taught in the regional high school lived in Saint-David School and commuted to their new school. 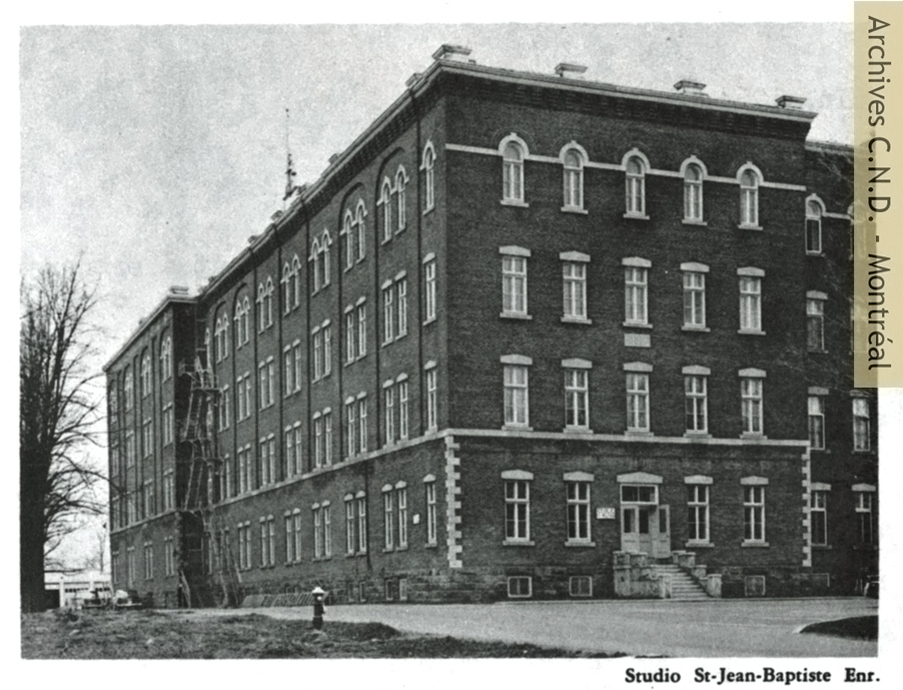