Before Notre-Dame-du-Sacré-Cœur School was built, a parish school had first been established in Saint-Jean in 1922. Classes were taught in various locations in the town. The older students attended the Congrégation de Notre-Dame Boarding School, but the younger ones were running out of space. In 1923, grade 4 girls were sent to the boys’ school. Because the town was then in full expansion, it became essential to build a school that would accommodate the students properly. This would avoid having to move them from place to place at the beginning of each school year, which was annoying for both students and teachers. In August 1929, after lengthy negotiations with the commissioners, construction of a branch of the boarding school began right next to it. On April 13, 1930, the new school was blessed under the patronage of Notre-Dame-du-Sacré-Cœur. The premises were quickly organized to avoid delaying classes. The first teaching sisters were Sister Sainte-Rose-de-Viterbe (Orpha Derouin), Sister Sainte-Antonie (Juliette Lapointe), Sister Saint-Mathias (Gilberte Parent), Sister Saint-Célestin (Rose-Anne Bouchard) and Sister Sainte-Madeleine-de-Judée (Lucie Fournier). No principal was in place during the 1930-1931 school year because the School Commission refused compensating that position. The school relied on the Superior of Saint-Jean Boarding School, Sister Sainte-Marie-Stanislas (Auglore Boissonnault), who ensured a link with the teaching sisters. From 1931, the School Commission hired the sisters of the Congrégation de Notre-Dame for five years, after which their contract was renewed. The sisters teaching at Notre-Dame-du-Sacré-Cœur School lived in the boarding school next to it. However, in December 1937, the demolition of the boarding school, where the future Saint-Jean Normal School was to be built, had the sisters sleeping in their classrooms until the work was completed. A particular characteristic of Notre-Dame-du-Sacré-Cœur School was that it served as a practice school for the students of Saint-Jean Normal School. The future teachers came to teach a few classes as part of their training. At that time, the girls and boys of the school received education from grade 1 to grade 8. Grades were added over time up to a grade 12 regular business class. Students attended music, English, catechism, apologetics, home economics, physical and history classes.

There were also different school programs: general, business, sciences, sciences-letters and sciences-mathematics. At the end of the year, the students participated in arts and crafts, drawings, botany and cooking exhibitions. Among the religious associations in the school, there were Les Enfants de Marie, Les Croisés, La Jeunesse catholique étudiante, L’Union mariale and Le Cercle missionnaire. On September 18, 1959, the "Notre-Dame-du-Bel-Amour" Alumni Association was founded. Almost one hundred former students attended the first meeting. In 1962, the high-school level classes from grade 9 to grade 12, including the sciences and general courses, were held at Beaulieu High School, where five sisters went to teach. The sisters withdrew from Notre-Dame-du-Sacré-Cœur School at the end of the 1962-1963 school year. 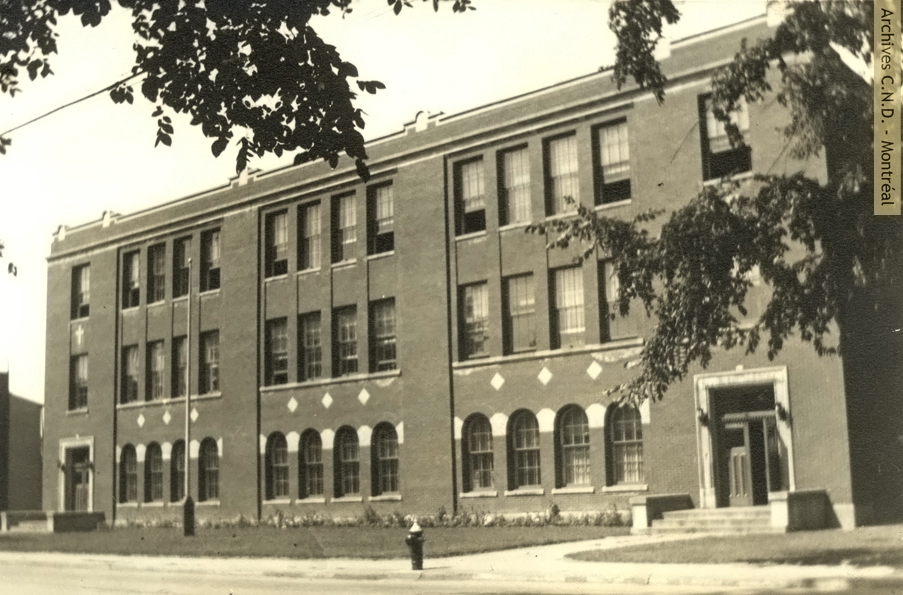