In 1914, because La Prairie Boarding School had become too small to accommodate all its enrolled students and, therefore, was obliged to refuse admission to many of them, the Congrégation de Notre-Dame founded Notre-Dame-du-Sacré-Cœur School at Saint-Jean Street in La Prairie. Originally named Fort-Neuf, it served as a branch of the boarding school. When it opened, on December 2, 1914, Sister Sainte-Marie-Georges (Marie-Lazarine Carrier) and Sister Sainte-Marie-Étienne (Marie-Blanche-Eva Corriveau) taught two classes of thirty-four grade 1 and grade 2 girls. Each morning, the sisters were driven from La Prairie Convent to the new school. In 1918, the school closed for one month because of a Spanish flu epidemic; one of the sisters died. On November 11, 1918, the students returned to school to learn that World War I had ended.

In 1926, a new school was built on the corner of Sainte-Élizabeth and Saint-Paul Streets. This new and larger school could receive more students in its four classrooms. At this time, Fort-Neuf School officially changed its name to Notre-Dame-du-Sacré-Cœur School. On the lower floor, the Brothers of Christian Schools taught two classes of boys. At the beginning of the 1927 school year, the founders of this new school, Sister Saint-Alipius (Marie-Adélaïde Marsan), Sister Sainte-Élizabeth-Martyre (Rose-Alma Boisclair) and Sister Sainte-Julienne (Marie-Anastasie-Cécile Godbout) received eighty-nine students. In 1940, the school was given the title complementary elementary school and offered home economics courses. In 1969, when the boarding school was about to close, the sisters withdrew from its direction. 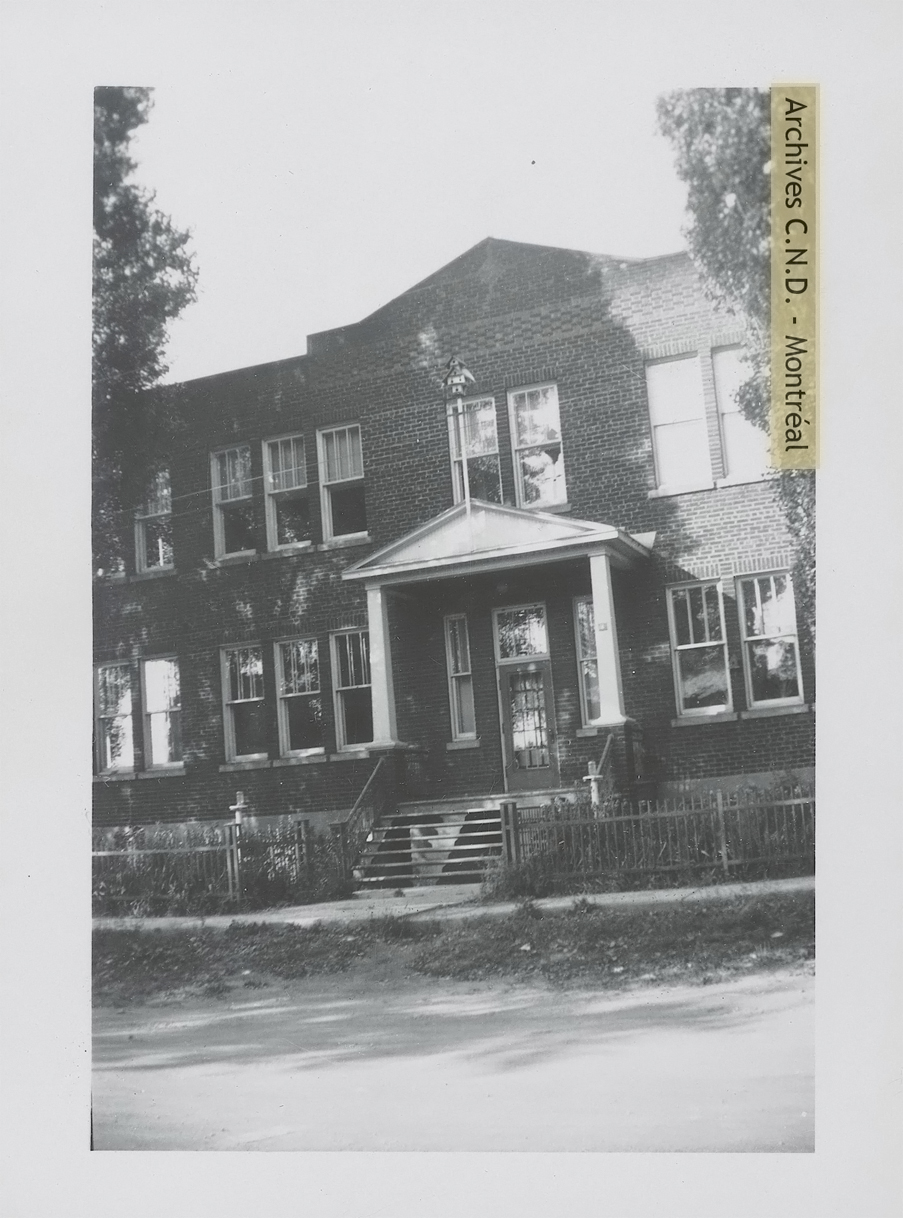