From 1901, negotiations were going on between school and parish officials and the sisters of the Congrégation de Notre-Dame in view of providing a school for girls of Saint-Aimé-de-Shipton Parish in Asbestos, a mining town in Richmond County. A first agreement was adopted on March 16, 1902. However, because of insufficient budgeting for the construction, the project idled for several years. Finally, on April 25, 1908, Father Luc-Napoléon Castonguay, on behalf of the Episcopal Commission, sold, through proxy, a piece of land to the School Commission on which to build the school. Construction began in May 1908 and ended in January 1909. Two classes were opened and two lay teachers taught until June. Father Castonguay was assigned by the Asbestos School Commission to negotiate an agreement with the Congregation for the sisters to take control of the school at the beginning of the following school year. Sister Sainte-Marie-du-Rosaire (Octavie Godin) was named Superior and was accompanied by Sister Saint-Jacques (Marie-Louise-Rosalie Fournier) and Sister Saint-Alexandre-de-Nicée (Marie-Marguerite-Clara Gariépy). They arrived in Asbestos on August 23, 1909 and, with two lay teachers, made up the school’s personnel. The sisters moved to the upper floor of the four-storey brick school situated on Saint-Aimé Street. In the first year, the school received some three hundred boys and girls.

In 1910, two new classrooms were set up in the recreation hall. In order to decrease expenses, a vegetable garden was planted in the summer of 1911. From 1916, Home Economics courses were offered and, in 1920, the school was recognized as a school for Home Economics by the provincial government. In 1929, an annex of twelve classrooms and a recreation hall were added to the building. From 1931, the school taught Grade 9; from 1939, Grade 10; from 1948, Grade 11; from 1949, Grade 12. At that time, the school numbered seven hundred thirty-three students. That same year, a grotto of Notre-Dame-de-Lourdes was erected in the school yard. In 1953, the first meeting of the Notre-Dame-des-Mines Alumnae Association was held and in 1959, the school celebrated its Golden Jubilee. In 1962, high school classes were transferred to another building. In June 1963, the sisters left Asbestos in accordance with a decision made by the General Council. Elementary level education continued under the direction of lay personnel and the sisters’ residence received students and teachers of the classical day school for boys. In 1968, the school was demolished to allow for the expansion of the open pit Asbestos mine. 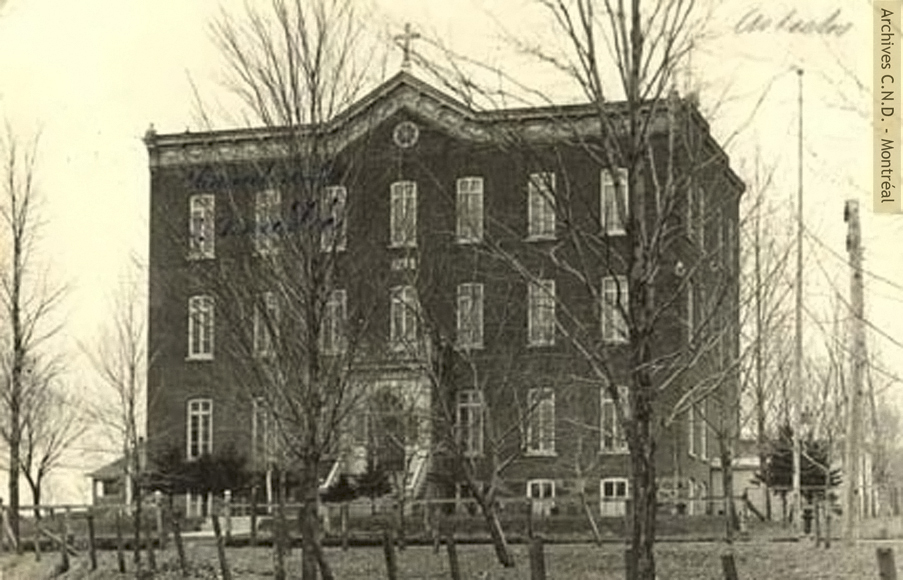