On January 25, 1876, Father Georges Potvin of Saint-Aubert, in the region of L'Islet, wrote a letter to the Archbishop of Quebec asking for help in establishing a convent school in his town. On September 14, 1877, after many negotiations, Saint-Aubert Convent opened its doors. Three sisters of the Congrégation de Notre-Dame were sent to the small town located to the South of Saint-Jean-Port-Joli to administer the convent school. Sister Saint-Barthélemy (Marie-Célina Tessier), the Superior and the two teachers, Saint-Pierre-Gonzalès (Marie-Élodie Laroche) and Sister Saint-Arsène (Geneviève-Victorine Gervais), were founders of the school. Father Georges Potvin, who not only oversaw the building of the convent, but also made valuable donations and offered numerous services to the school throughout his life, was also considered to be a founder. The convent’s beginnings were modest. When it opened, it received only three boarders and a few day students. In the following months, the number of students considerably increased. On October 2, 1877, there were nineteen boarders and thirty day students. At different times in its history, Saint-Aubert Convent experienced financial difficulties. For example, after some of the neighbouring buildings caught on fire in 1885, the entrance way to the convent had to be changed. On April 22, 1918, the General Council of the Congrégation de Notre-Dame announced to the sisters in Saint-Aubert that the convent would be closed at the end of the school year. The reasons were the small number of students and the costly repairs that had to be made to the buildings. The sisters permanently left on June 20, 1918. During the history of the convent, five superiors succeeded one another, twenty-eight sisters worked there as well as the lay teachers who taught English. 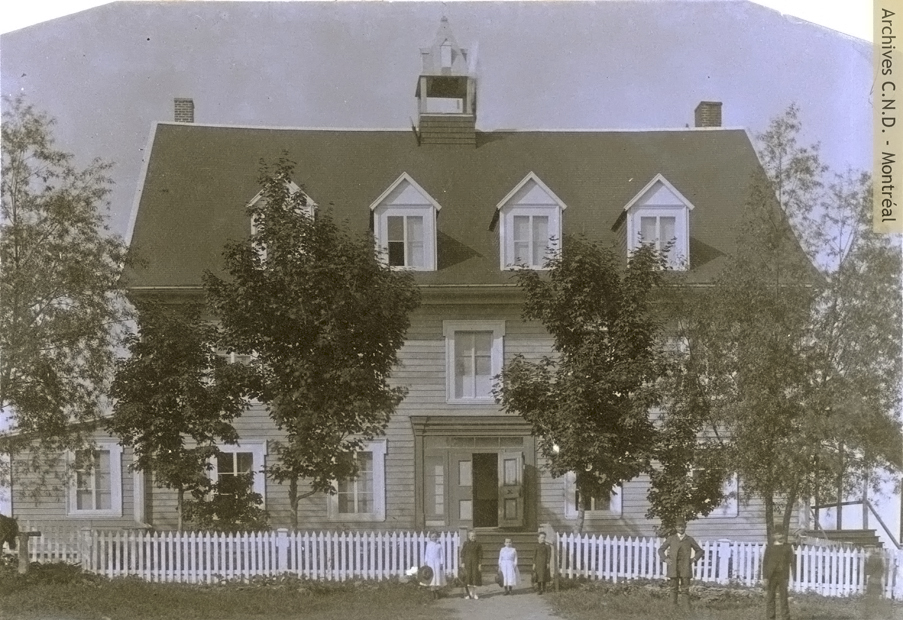