In 1931, the Quebec School Commission built Saints-Martyrs-Canadiens Parish School on Père-Marquette Street. The girls’ section was under the direction of the sisters of the Congregation while the Marist Brothers were responsible for the boys’ section. The sisters’ residence was located behind the school on Lévis Street. The school was, however, under the direction of the School Commission. When it first opened, the school received three hundred thirty students, thirty-five of whom were boys, divided into thirteen classes. The school was blessed on October 25 of the same year. The teaching staff was made up of twelve sisters, among them the founding superior, Sister Sainte-Edmée (Rose Anna Papin), and one lay teacher. On November 8, the school received from Université Laval an affiliation certificate enabling it to offer university courses. In 1937, at the request of the Most Reverend Rodrigue Villeneuve, Archbishop of Quebec, the business program was inaugurated. From the beginning, the school also offered an Arts and Sciences program for Grade 11. The Alumni Association of Saints-Martyrs-Canadiens School met for the first time in 1937. In 1939, after a decision by the Department of Public Instruction, the school could no longer offer its university program. During the course of the 1967-1968 school year, the school numbered over seven hundred registered students. In June 1968, the Congregation left the school. The reasons that were given were the lack of personnel and the change in academic orientation. 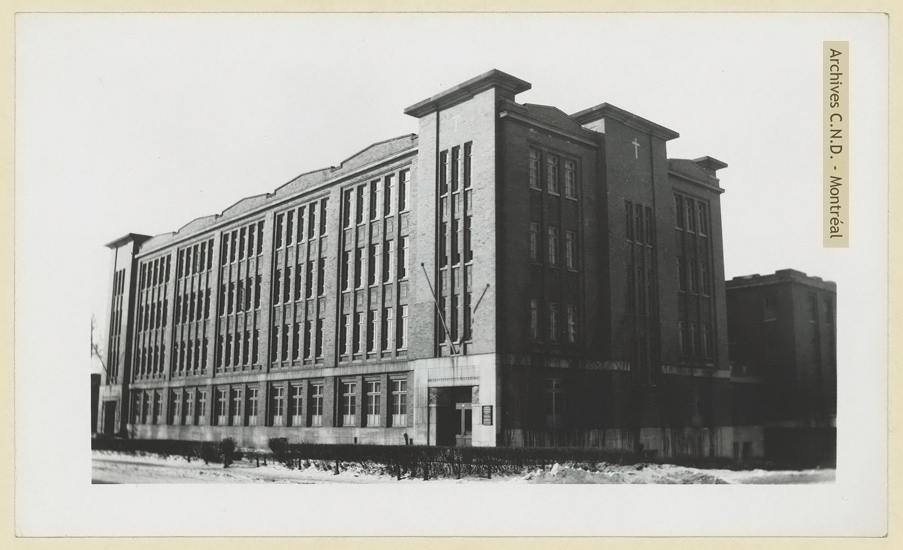