Cornwallis School was established in 1958 in Saint Teresa Parish in Sydney, Nova Scotia. Proposed by the Sydney School Board, the school was built to receive students from the city’s overcrowded schools. In early September 1958, it officially opened its doors to elementary level boys and girls. The founding sisters were Sister Sainte-Teresita (Térésa LeFort) and Sister Saint-Cuthbert (Mary Pearl Chisholm). At the beginning of the school year, the sisters and lay teachers taught some three hundred students. Each classroom contained forty desks – an insufficient amount considering the number of students. In order to remedy the situation, Ashby School, of the same parish, donated twenty additional desks. Because of overcrowding, the school administration was obliged to compress classes into half-days. Because the teaching sisters resided in Saint Teresa Convent, they commuted morning and night.

In 1964, the students won first and second prize at the 26th edition of the Cape Breton Festival of Speech, Music and Song. In 1965, a seven-classroom annex was added to Cornwallis School. The students were able to resume full-time classes and the three classes which had been temporarily located in Constantine School, another school in Sydney, were transferred back. That same year, an intercom system was installed to improve communication among the twelve classes. In 1966, when there were four hundred twenty-three enrolled students, only one sister of the Congrégation still taught at the school. 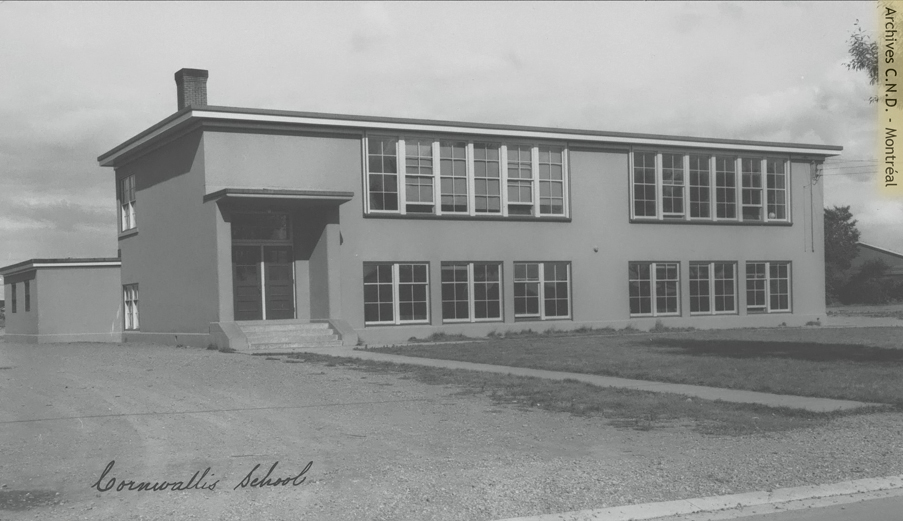